IFFO Review: 'Song of the Sea'

Song of the Sea 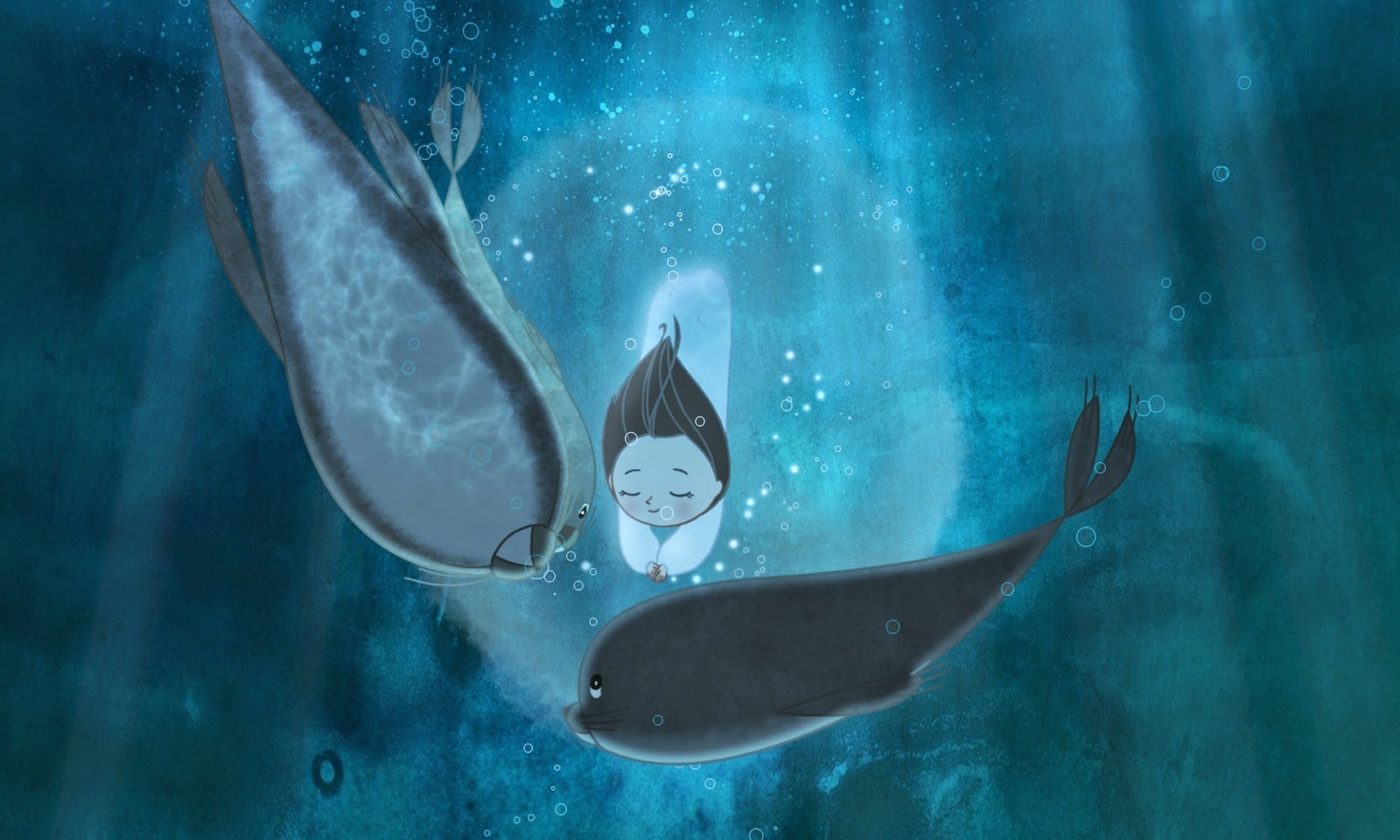 Come explore the world of Cartoon Saloon when the breathtaking animated feature Song of the Sea has its Ottawa premiere today at Irish Film Festival Ottawa. The film carries a nomination from this year’s Oscars, but it would have been a worthy winner. Song is Cartoon Saloon’s latest animated feature following 2010’s equally beautiful The Secret of Kells, and if the animation world worries about a dearth of classically-composed animation given the uncertain forecast of Studio Ghibli, then Song of the Sea shows that this Irish animation house could be the future of the art form. It’s simply one of the enjoyable and most visually striking animated films in some time.

The Secret of Kells director Tomm Moore creates another magical world infused with fantasy and folklore when Song of the Sea transports audiences to the captivating seaside town that houses a young mute girl named Saoirse (Lucy O’Connell) and her big brother Ben (David Rawle). They live in a lighthouse with their melancholy dad (Brendan Gleeson), who has never quite recovered from the departure of their mother. All that remains of mum is her memory, a quaint little tune, and a seashell, and when Saoirse’s restlessness with growing older leads to explore the seashell flute, she discovers the magical secret that her father hides beneath his sadness.

It turns out that their mother is a selkie and Saoirse may be one too as evidenced by her ability to swim and commune with the seals that circle in the sea. A selkie, if memory of Ondine serves correct, is something akin to a mermaid that emerges from the sea and lives on land while charming the world with its beautiful songs. Song of the Sea carries the tune of the selkie as the musical element of folklore leads Saoirse on a journey beyond her imagination.

The music also connects Saoirse and Ben with their roots when their cranky grandmother (Fionnula Flanagan) takes them away from their father and the lighthouse and into the city where she believes they’ll have a better, more stable life. As Saoirse escapes into the notes of the shell flute (and into the selkie skin of her granny’s best fur coat), wafts of light—little firefly-like things—come to Saoirse at the beckon of the selkie’s call. Saoirse leads them like the Pied Piper as more mythical creatures come out of hiding. The flute becomes Saoirse’s own voice and the key to her mother’s past, and the two connect in harmony as the little girl unlocks both their fears through the music.

The enchanting melodies of Song of the Sea come thanks to an ethereal and haunting soundtrack by Bruno Coulais and the band Kila. The score brings the film to life on levels both dramatic and spiritual as the world of Celtic folklore is richly realized. The film offers a full immersion into folklore, a deep plunge into a sea of myth and imagination, and it’s a beautifully refreshing experience to let a film wash over you as wonderfully and fully as Song of the Sea does.

The animation itself dazzles as Moore and his team create an intricate and exquisitely detailed world that draws upon myth, folklore, and storybook wisdom. Like The Tale of Princess Kaguya, which comes to theatres courtesy of GKIDS, Song of the Sea proves that some of the best animation today reaches an audience of all ages. The film is sprightly and accessible enough for young kids to be amused and entranced by its whimsical virtues, but Song is a film for adults first and foremost as it creates a deft, artful tale about helping the younger generation find its voice through an immersion in arts and culture. And, much like some of the classic animation to which it shares an affinity, Song of the Sea shows that some of the most timeless approaches to the art form still have ample terrain to cover. Song of the Sea is pure ageless magic.

Song of the Sea screens at Irish Film Festival Ottawa on Saturday, March 28 at 2:00pm at Arts Court Theatre.