Contest! Win Tickets to See 'Woman in Gold' Across Canada! 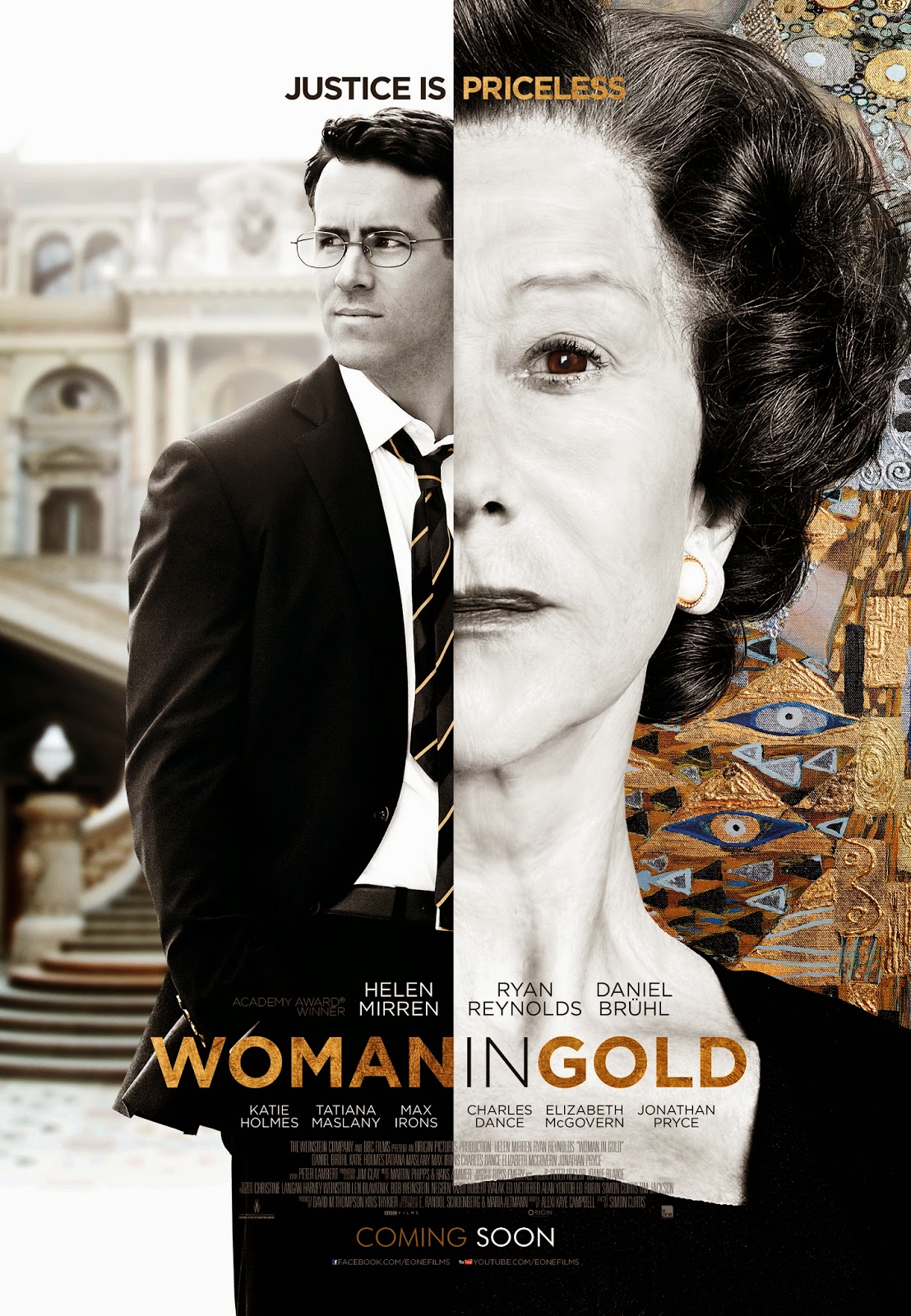 An unlikely pair changes history in the true story of Woman in Gold, which is the latest film from director Simon Curtis (My Week with Marilyn). Woman in Gold makes its own kind of history as it stars the unlikely pair of Helen Mirren and Ryan Reynolds as elderly Jewish refugee Maria Altmann and her keen young lawyer, Randy Schoneberg. Woman in Gold opens in theatres on April 3 from +eOne Films, but if you want to attend a sneak peek across Canada, you are in luck! Answer the trivia below for your chance to win tickets!


Synopsis: Woman in Gold is the remarkable true story of one woman's journey to reclaim her heritage and seek justice for what happened to her family. Sixty years after she fled Vienna during World War II, an elderly Jewish woman, Maria Altmann (Helen Mirren), starts her journey to retrieve family possessions seized by the Nazis, among them Klimt's famous painting 'The Lady in Gold'. Together with her inexperienced but plucky young lawyer Randy Schoenberg (Ryan Reynolds), she embarks upon a major battle which takes them all the way to the heart of the Austrian establishment and the U.S. Supreme Court, and forces her to confront difficult truths about the past along the way.

Which Canadian actress plays the young Maria Altmann in Woman in Gold?

Send your answer to contests@cinemablographer.com with your full name and the subject “Woman in Gold – [City].”
Don’t forget to include your city!*

Woman in Gold opens across Canada on Friday, April 3 from eOne Films.
(Opens in Ottawa at The ByTowne.)

*One entry email entry per person/household, please. Multiple entries will be deleted and marked as spam, as will multiple entries submitted under aliases, fake names, etc. Entries that do not include a city may be discarded.
**Entrants are encouraged to include their Twitter handles, etc. if they don't match their name. Make sure you get all those bonus entries! (Please note that you have to enter by email in order to be able to win.)
Posted by Pat Mullen at 3/24/2015 01:33:00 PM