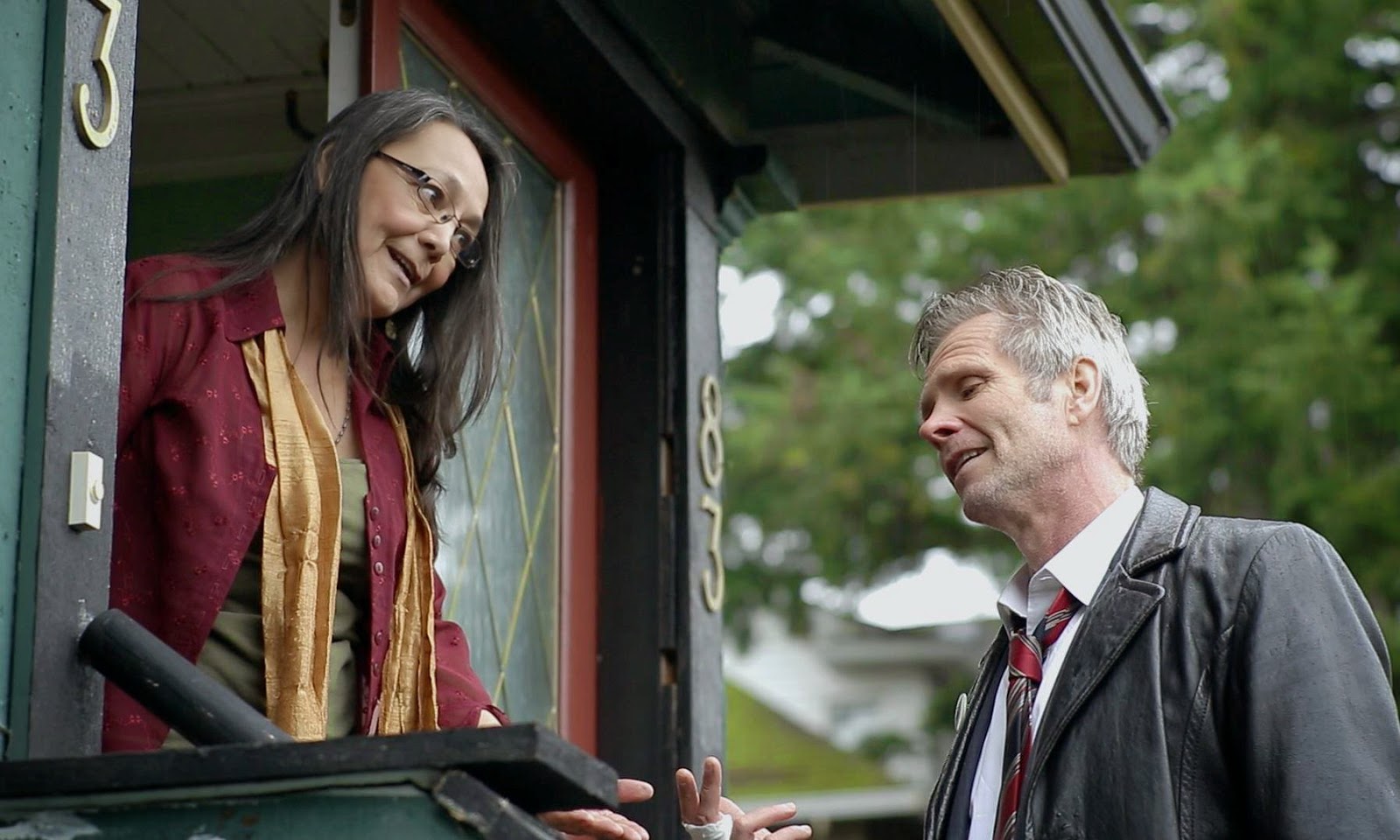 The gritty drama Down Here takes audiences to the dark underbelly of Vancouver’s Eastside. Beneath the sprawling mass of ugly, towering condominiums sits a lost character of the city. Hidden, forgotten, and overlooked citizens survive in the shadows, and this film by Teach Grant explores how the unseen members of society are often the most vulnerable ones.

One such overlooked Vancouverite is Skye (Rebecca James, innocent and compelling in a pivotal role), a runaway who works the streets just to get by. Few people notice her, except for the random johns who pick get up (even then she's invisible), but she catches the eye of Detective Roy Harris (Dean Wray, who also gets a credit as co-writer). Harris is a weary man plagued by his own demons--alcoholism and guilt cripple him--and he sees in Skye the young girl he lost and couldn't save.

Down Here puts this relationship between the detective and the girl in jeopardy when the police begin receiving awful snuff films from an anonymous predator creeping on women in the Vancouver sex trade and subjecting them to fates worthy of bargain bin torture porn. Nobody in the department seems to care except for Harris and his partner, Brown (Martin Cummins, a fine ally for both Harris and the viewer), and the pair sets out into the night, tailing girls and finding leads, and ultimately using Skye as bait for their perp. Harris’s relationship with Skye blurs the line between his roles as an officer and a father, and his interest in the case becomes dangerously personal.

The mystery of the unseen wolf offers a catalyst for exploring the lives of marginalized citizens like Skye who inhabit areas like Vancouver’s Eastside. Harris, for example, receives the aid of one transperson named Yvonne (played by director Teach Grant), who, like Skye, helps put a human face on the people who inhabit the streets. If Down Here never really satisfies as a thriller—the mystery generally serves as a thematic device or even afterthought—it does a very good job of representing life on the streets and of giving screentime to alternative voices. The gritty, yet complete image of Vancouver goes beyond the scenic Rockies and the urban skyline, and the striking, steely cinematography by Adam Myhill gives life, energy, and menace to the range of shadows that populate the film.

The film also provides notable onscreen representation for Aboriginal actors with Tantoo Cardinal (Maïna) offering a friend for Harris in her character Stella when he takes her grandson, Nick, under his wing. Nick provides for Harris what he struggles to find in Skye: namely, a chance to atone for his past by putting another youth on a straight path. Cardinal is a welcome presence, and she provides a flickering of warmth and kindness amongst the grit and bleakness of Down Here’s moral struggles. Wray is strong as he grapples with Harris’s flaws, portraying a morally and ethically conflicted man who wants to be the lone knight to protect his vulnerable neighbours, but can’t keep his own demons in check. The film builds a moral abyss as Harris spirals downward, but Down Here is ultimately hopeful in the end as the renegade cop looks to the light.

Down Here screens in Vancouver at the Rio Theatre on April 17th and it will be available on iTunes and DVD beginning April 21st.

Down Here trailer from Capital Motion Picture Group on Vimeo.