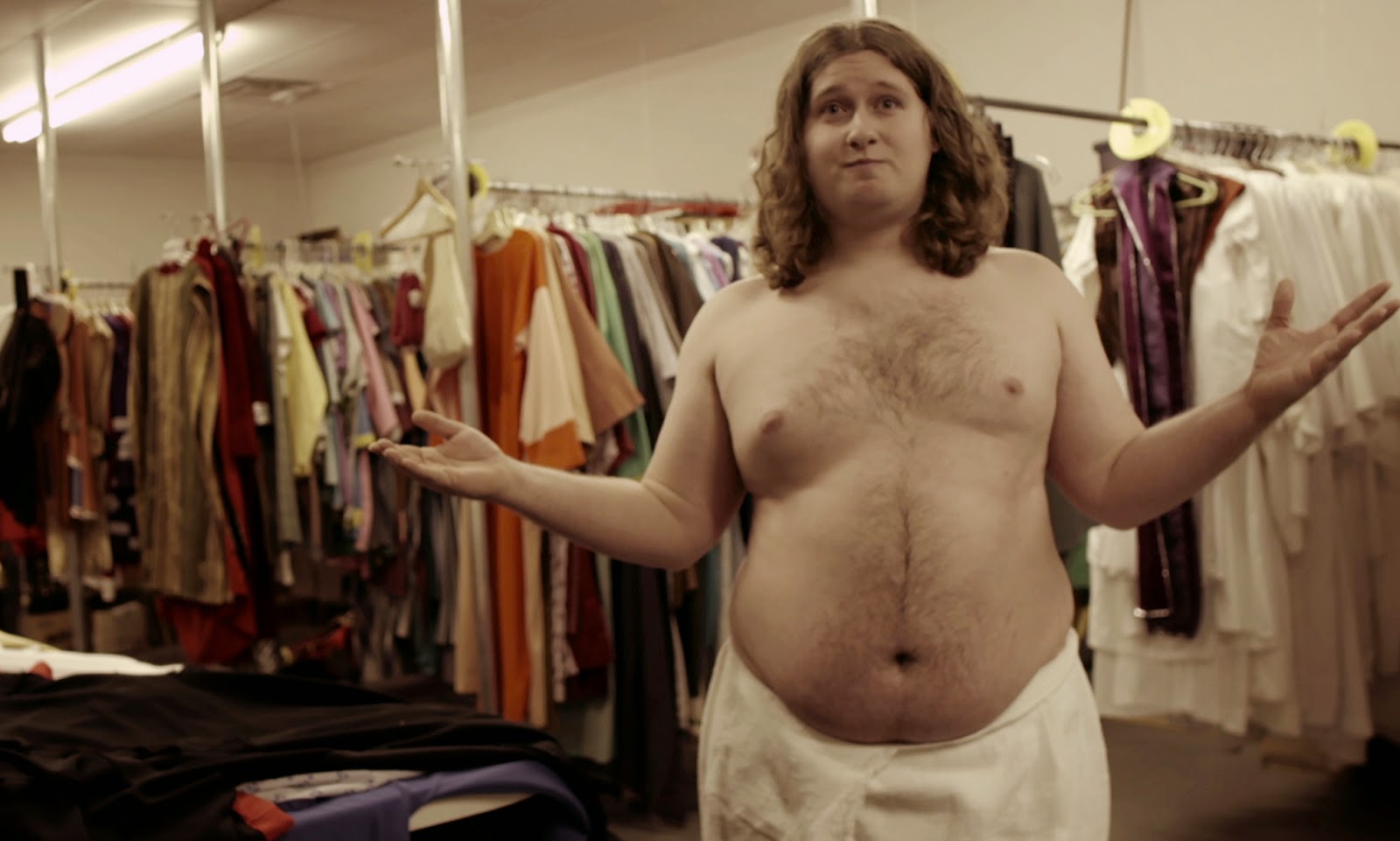 “I know how hard it is to be Jesus,” says one of the many kind townsfolk featured in the droll doc Jesus Town, USA. The wise old barman, a former portrayer of Christ in the annual passion play of a peculiar Oklahoma town that features a full-fledged reproduction of ancient Israel, gives his words of wisdom to Zach, who is the current incarnation of the Role of roles, as Jesus downs some wine coolers to soothe his troubles. A passion play of its own comes into play in Julian Pender and Billie Mintz wildly hilarious and enlightening Jesus Town, USA, but, thankfully, it doesn't end with a crucifixion.


This town features the longest-running passion play in America to which tens of thousands of the faithful flock every year. Jesus Town, USA chronicles the passion of the townspeople that goes into each production, and some interviews with the folksy subjects make this place seem like the strangest and squarest place on Earth. Folks observe cows for fun, they quote scripture at whim, and the extent of their local fine dining is a Whataburger. The film surprises, though, by revealing that this traditional town isn't all Old Testament: it's actually quite progressive(ish) when faith is put to the test.

The crux of the matter, see, is that Jesus (né Zach) has realized that he is (gasp!) a Buddhist.  The portly actor ironically bears a greater resemblance to Buddha than he does to Christ, although neither spiritual guide preached a diet of Big Gulps and Sonic the Hedgehog. The film builds both humour and suspense as it intercuts scenes from the cinematic passion play (Prince of Peace) and likens Zach to a Christ figure betrayed by the town Judas. Directors Julian Pinder and Billie Mintz find a comedy of manners, though, in the roundabout that Zach and his neighbours skirt around the issue of his newfound religion. Zach worries terribly that the town will reject him when they discover the news and ask themselves an urgent question: does it undermine the passion play if the man playing Christ no longer believes that He is the saviour?

The directors present the conundrum with a strong dramatic flair that engrossed the audience in the quaint little world of the characters. The film shows that faith is still add relevant as ever as all the townspeople stand up for what they believe in and remain united through the teachings of the character that Zach portrays. Pinder and Mintz balances the tone extremely well and find a quaint comedy that likens itself the film’s of Christopher Guest, while notes of Ennio Morricone create a Biblical farce. The film never patronizes its subjects though, no matter how humorous or straight-laced they may seem in the droll and tense conversations that skirt around Zach's potential deviance. Amen for fun, smart docs!