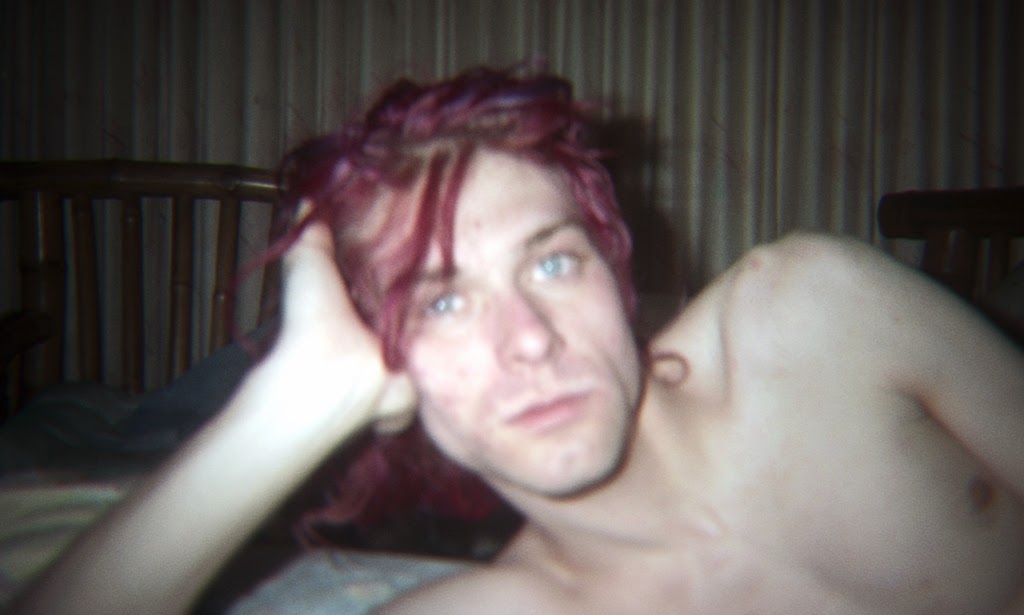 I really like Nirvana's music, but I've never quite understood the mystique of Kurt Cobain. Fans and devotees characterize the lost poet of rock with prophetic affection. Cobain's, one of the 27 Club's most esteemed and tragic members, holds an immortal place in the canon of rock and roll thanks to his game-changing electric music and tragic death by suicide at the peak of his career. The phenomenal rock doc Kurt Cobain: Montage of Heck doesn't tear down or deconstruct this mystique of Kurt Cobain (if anything, it affirms it), yet it undoubtedly builds a complex and fascinating character study of a brilliant and deeply complicated man in an equally brilliant production that elevates the art form. It's a stunner.


Montage of Heck stuns not so much for its intimate, yet all-encompassing portrait of Cobain (which it surely is) as it does for its phenomenal production as a deep and dark stream of consciousness essay of a troubled mind. This brilliantly assembled film is a masterwork in editing as director Brett Morgen edits a wealth of material along with editor Joe Beshenkovsky. The film assembles fragments of Cobain's life--archival interviews, home movies, concert footage, audio recordings, and collected writing--and splices it together with interviews with Cobain's family members and close friends along with--and this element is the film’s greatest strike--animated interpretations that reconstruct Cobain's life and disturbed psychology.

The film holds nothing back. Early sequences introduce a very difficult child who develops an understandable inferiority complex as Kurt moves from house to house as virtually every member of his family rejects him for unruly behaviour. Montage of Heck lays a strong foundation for understanding the disillusionment that led Vinson to the drug addiction that both crippled and inspired him, and of the unrelenting sense of doubt that plagued his rise to fame.

Especially powerful is the late act of the film that recounts Cobain's marriage to rocker/actress Courtney Love, which plays like a Sid and Nancy-ish cocktail of love and self-destructiveness. Both Cobain and Love are deep into heroin during these excerpts, and their troublesome behaviour offers some of the most vexing footage you’ll ever see, as it candidly depicts the effects of hard drugs and their ability to destroy a person. The images of Cobain and Love raising their infant daughter Frances in junkie squalor plays like something out of Trainspotting as they trip out and shriek playfully on a high of love and other drugs. (There's ample debate whether Love used heroin during get pregnancy.) It's remarkable--even laudable--that all this footage makes it into the film. Montage of Heck is often pure hell to watch, but the unabridged portrait of Cobain creates a better understanding of a man deeply in need of help and powerless to seek it despite his network of supporters.

The final act of the film is especially effective thanks to the frank participation of Courtney Love. Love makes no excuses for the way she and Cobain lived at the time, and her no-bullshit attitude takes the film where it needs to go in order to get inside the head of anyone close to Cobain at this time. Nuances and mannerisms reveal more than she says, but her involvement best identifies the wide ranging, warts and all exploration of Cobain. How can seek help if she too is equally fucked up?

Montage of Heck best creates the complexity of Cobain’s character, though, with its artistic interpretation of the artifacts he left behind. (It's easily the most formally ambitious and sophisticated films to screen at Hot Docs so far this year.) Fascinating animated sequences by Hisko Hulsing (Junkyard) interpret and explore the range of Cobain’s mind. The animation conveys the demons with which Cobain struggles; it also shows the cathartic release of creativity as the animation and music alike provide and outlet for self-expression. The music itself is a definitive element as some of Nirvana’s greatest songs play at near-deafening levels while Morgen explores the man behind the words. Morgen cuts the story short with a brief endnote of Cobain’s final act, and the cut to black leaves the audience wishing that more could have been done to help an artist who clearly articulated his inner pain to millions of fans around the world.

*Note: Montage of Heck returns to the Bloor Hot Docs Cinema from May 15 to 21.
It opens in Ottawa at The Mayfair on June 14.