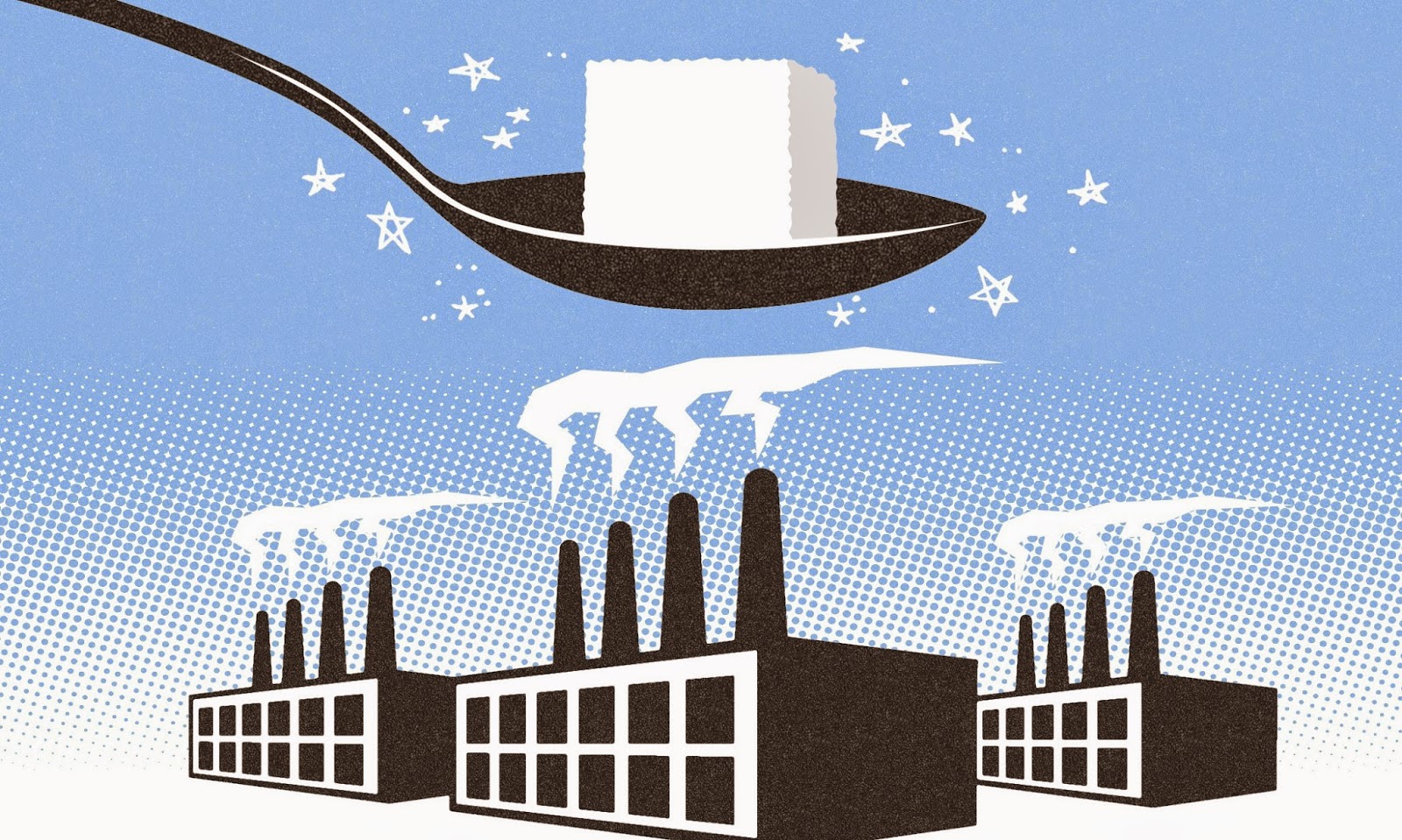 “In the most delightful way!” Yes, Mary Poppins was indeed correct when she flew into town on her brolley and sang that a spoonful of sugar helps the medicine go down. Director Michèle Hozer gets the recipe just right in Sugar Coated as she whips up an intelligent argument with a dash of playful humour. This doc smartly articulates the dangers in consuming sugar in excess quantities, and audiences are likely to swallow this dose of what’s good for them given how succinctly and sweetly Hozer conveys the argument.

Sugar Coated isn’t the bitter medicine of, say, Fed Up since it gets audiences thinking rather than getting them riled up. The effect’s better in the long term because a dash of anger works just like an overdose of sugar: a quick burst of energy soon fizzles into fatigue. Sugar Coated, on the other hand, knows that a film can go the distance with a well-balanced diet. Audiences need the facts and figures to get a sound and clear argument, and some talking heads let viewers eat their vegetables with leafy insights. A spoonful of sugar helps the medicine go down, too, since Hozer sprinkles the film with a winking humour that keeps the film tasty. It’s not dry fat-free cardboard: every good film needs a little flavour.

Amidst all the science stuff of Sugar Coated are fun Mad Men-y accents and notes from “The Nutcracker” that swirl the film with the sweetness of the 60s in which sugary confections affirmed themselves a staple of the grocery aisle and America’s fifth food group. Some shrewd Don Drapers in the public relations department spun sugar so smartly that it wove itself into our collective happiness. Jazzy music lightens the mood too, while an overall good sense of humour keeps the film quick on its feet. Everything’s good in moderation, and the film shows that a little bit of sugar is never a bad thing: one simply needs to know the difference between a healthy portion and excess quantities, but moderation is particularly null nowadays when sugar is an invisible ingredient in processed foods of all kinds.

Don’t let the sweet tooth of Sugar Coated fool you: this is one sharp doc. Hozer tackles the health risks of sugar with a shrewd eye that looks at the industry from all angles. Kids are getting fatter and diabetes is at an all time high, and the science says that sugar is killing the future. It might even be toxic according to one convincing expert, Dr. Robert Lustig, interviewed in the film.

Sugar Coated largely keeps the discussion jargon-free, though, and tackles another layer of the issue that lets sugar dissolve and seep through the cracks of global health systems. Hozer finds some unexpected parallels in the sugar debate by interviewing figures who liken the efforts of Big Sugar to those of Big Tobacco in the days when people woke up to the fatal effects of smoking. Both sugar and tobacco are sources of pleasure and character—like birthday cake and the Marlboro Man—and they’re cases in which a positive emotion trumps a negative one if the spin-doctors skew the facts just right.

The film gets some eye-opening evidence into the organized effort to deceive consumers about the potentially harmful effects of sugar when one interviewee, dentist Cristin Kearns, uncovers a mine of documents from Big Sugar. These secret documents, James Bond-y eyes-only confidentialities, explicitly outline an effort to change the conversation away from sugar’s health risks and to obscure the debate so hazily that policy against taxing or boycotting unhealthy products runs slower than a Coke-guzzling kid in gym class. The rhetoric and calculation surrounding sugar convincingly resembles that of cigarettes, and the grey areas created by PR cunning add to the argument that sugar isn’t as harmless as some folks believe it to be.

Sugar Coated smartly goes the extra step by inviting solutions to the problem that consumers can make to live a better and healthier life. Curbing excess sugar is one obvious choice, while the film makes strong demands for more transparency and objectivity in the research behind foods that kill us. Sugar Coated reveals one corner of the food industry too many that funds the research to keep processed food on the table, and it uses successful case studies, such as the removal of healthy choice logos from sugary foods, as guides that consumers and advocates can enact change if they demand it. One interviewee, Dr. Yoni Freehoff from the University of Ottawa, even shows that the biggest steps can be made by translating academic findings into facts that can be interpreted by the masses that treat social media as if it’s the new sugar. Sugar Coated does this last one especially handily. (The filmmakers have even developed the Sugar Tracker app to help consumers make informed decisions.)

The film is most effective, though, as it brings about such a sound argument while recreating a little sugar high to remind audiences of the very the euphoria that advertisers equate with sugar. Taking a stand against sugar often likens itself to being a grump, but Sugar Coated takes the right tone to avoid explicitly being a tyrant and a meanie while sweetly persuading audiences that the foodthing they love, in fact, kills them. Like Mary Poppins said, it helps the medicine go down!

Please visit hotdocs.ca for more info on this year's festival.

*Sugar Coated screens in Ottawa at The Mayfair on May 21 at 6:30 with director Michèle Hozer in attendance!