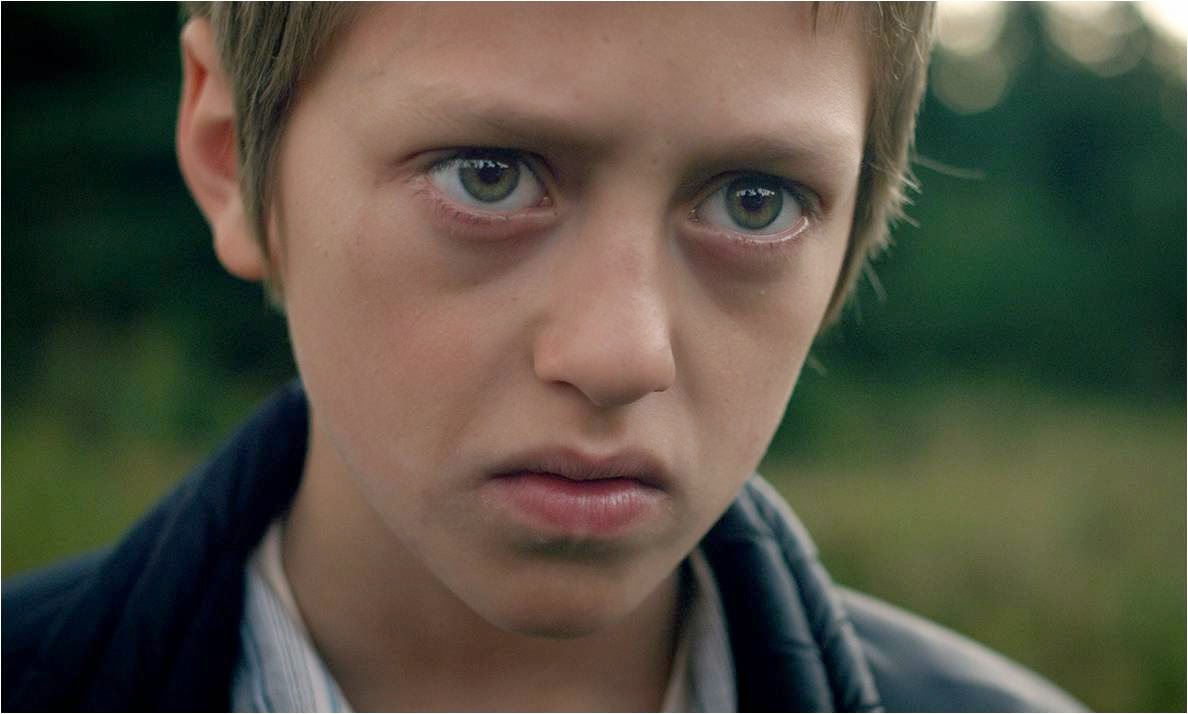 “Just because something isn’t supposed to be true doesn’t mean it can’t be,” says Jude (Percy Hynes-White in Christian Sparkes’ Cast No Shadow. Jude wrestles with imagined things as monsters lurking in caves came out to haunt him. Not all things creeping in the shadows are the Babadook, though, and sometimes an imagination can be a beautiful thing. Make believe can be a saviour when the scariest monsters exist in real life.

Let the power of the imagination transport you to a dark and fantastic place in Cast No Shadow. Shadow, a surprise and worthy nominee for Best Film at this year’s Canadian Screen Awards, finds both the brightness and the darkness of the imagination as Jude conjures strange and unusual images in his mind. The mind plays games on young Jude and these violent and sinister dreams are both his curse and his safe haven. This moody coming-of-age story is escapism at its deepest and darkest.

The film adapts a work by Joel Thomas Hynes, who wrote the screenplay and co-stars as Jude’s father, Angus. Angus is Jude’s sole caregiver, and he’s a poor substitute for a father as he uses Jude a drug-runner and, worse, a punching bag for his unending fury. The abuse affects Jude in several ways. For one, it has the obvious lateral effect as he becomes a bully himself and uses violence to express his frustration, which sends his only friend toppling over the cliff and into the sea in the film’s opening scene. Secondly, and even worse, the abuse burrows into Jude’s subconscious and plays tricks on him. There are monsters everywhere in his small seaside town: abuse and torment lives in Jude's own home, so the world becomes a scary place where trolls lurk behind every shadow. A man in a bag comes to take him; fangs nip at his ear.

Jude can’t trust his own mind, but his mind knows that there are safe places to hide as well. Jude escapes into these dark places to evade the pain of the abuse and find his strength. His imagination even runs wild into the daytime when he collects tokens and paints them gold, hoarding a mass of goodies to keep him safe from the trolls. This kid is a survivor.

Jude also finds comfort in the coven a neighbour named Alfreda (Mary-Colin Chisholm). She could be a witch with her frizzy hair and secretive air, or she could simply be a recluse with wrinkles. He still finds evil fingers coming at him or strange noises hissing in his ear when he stays in the safety zone of this one protector, and when Jude takes comfort in Alfreda’s shelter, Cast No Shadows shows just how deeply troubled Jude is as he struggles to feel secure in his own skin. Alfreda, however, holds part of Jude’s past, and their bond offers a key for helping Jude overcome the darkness.

Young Percy Hynes-White is a revelation as Jude. Cast No Shadow asks the young actor to carry a lot of dramatic weight as Jude grapples with the abuse and the trauma that mounts and mounts in his mind. Hynes-White and Sparkes strike the element of fear in Jude’s eyes just perfectly, and the element of play in Hynes-White’s performance balances both the darkness and hopefulness of Jude’s world just right. The young actor commands virtually every frame of Cast No Shadow and he's a ferocious force. The range of emotion, vulnerability, and strength he displays in his quietly compelling performance is most impressive. Hynes is also strong as Angus while Collins offers a fine maternal presence as Alfreda. Both actors fit comfortably within Jude’s world of make believe and play to Jude’s idea of real world monsters like living, breathing characters of a Grimm fairy tale.

It’s hard to find a precursor to Cast No Shadow, since it doesn’t really sit in the same school as coming-of-age tales such as Stand by Me or even last year’s fellow Newfoundland-set Hold Fast. Sparkes’ hand at depicting trauma and terror within a child’s mind is striking, and I can’t quite find another film with which to compare the elements of fantasy in Cast No Shadow. Maybe Guillermo Del Toro’s Pan’s Labyrinth or Hal Hartley’s No Such Thing offer some parallels, but there really isn’t anything like Cast No Shadow on the Canadian front. It's a very strong feature debut for Sparkes following shorts like the old-school vampire short The Offering, which similarly crafts a rich Gothic atmosphere in a great character-driven genre piece.

Cast No Shadow isn’t a kids’ movie, but the sensitive and nuanced realization of child abuse through the power of Jude’s imagination makes it a rewarding journey for audiences of all ages. Sparkes roots the horror in reality and the cinematography by Scott McClellan plays with light and shadows so that there’s always somewhere for Jude to hide. Cast No Shadow uses the natural elements of the Newfoundland setting to play on Jude’s imagination and it makes the beautiful Newfie landscape a real-world fantasyland filled with secret places and hidden terrors. Even the most supernatural elements feel tangibly real as they flicker fleetingly in Jude's mind. The film is atmospheric as the woods and windswept hillsides have a strong sense of foreboding even when the sun shines brightly and casts the fields with a golden hue. The use of the rocky seaside as a den for horror is fantastic.

The film’s handling of abuse is excellent, too, with minimal violence hitting the screen as cutaways retreat into Jude’s imagination. The film lets audiences recreate the trauma in their own mind, which makes Jude’s retreats into fantasy a comfort for them too. It’s a powerful story about the darkness that lies within all of us, and of the light that creeps through in the end.

Update: In honour of Canadian Film Day, there's a FREE screening of Cast No Shadow in select cities/theatres April 29. Get your tickets for the Ottawa event here!

And if you can't make that event, the film opens at The Mayfair on May 22.
(Any day is a good day to celebrate Canadian film!)

Please note that there are post-screening Q&As with the Cast No Shadow team for the following screenings: