Contest! Win Tickets to 'While We're Young' in Ottawa, Calgary, Edmonton, and Winnipeg 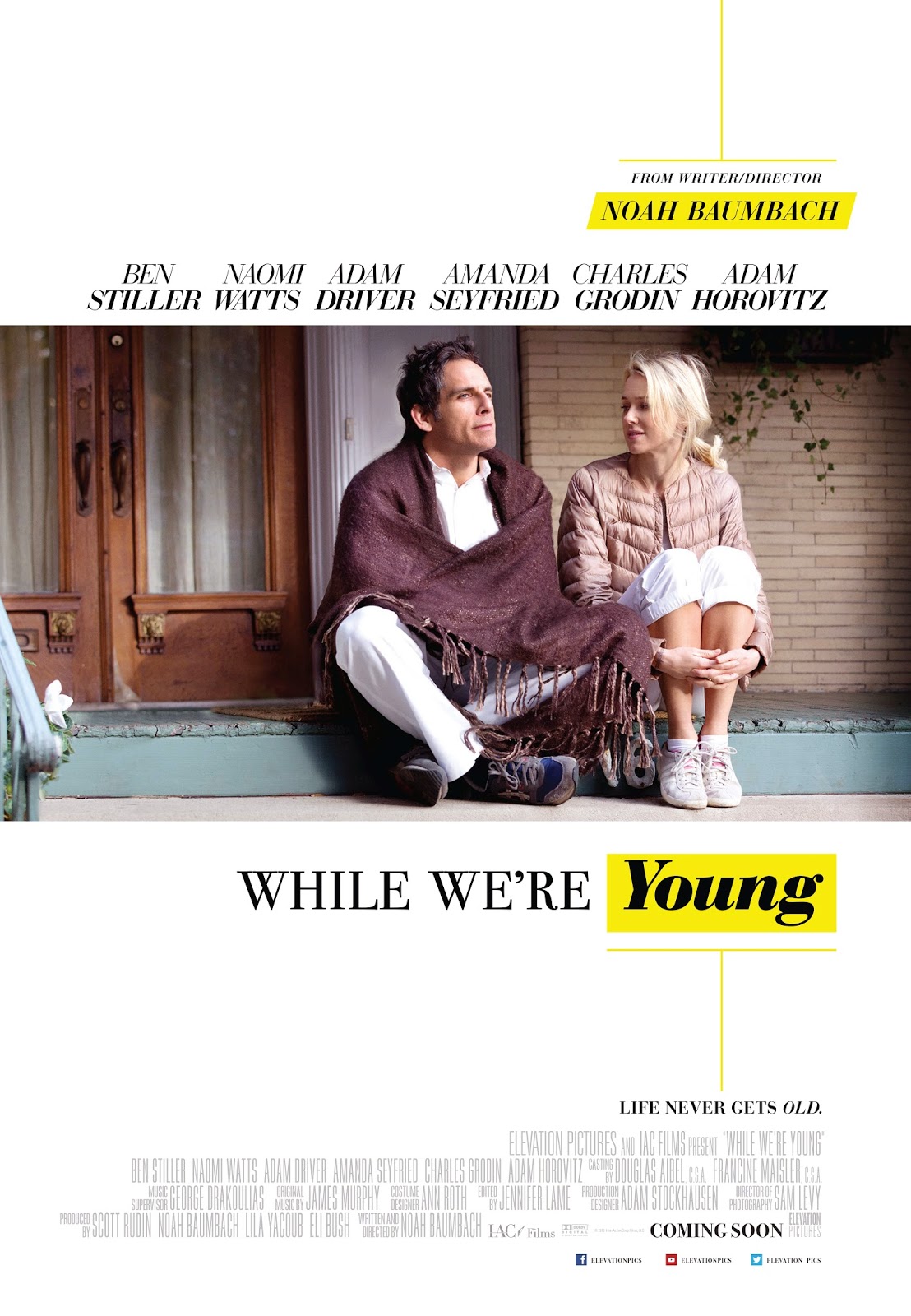 Readers in Toronto and Vancouver had great things to say about Noah Baumbach's While We're Young after last month's sneak peek, and readers in the rest of Canada now get their turn to catch Baumbach's latest starring Ben Stiller and Naomi Watts. While We're Young expands April 24 from Elevation Pictures, but if you want to attend a sneak peek in Ottawa, Calgary, Edmonton or, you are in luck! Answer the trivia below to win tickets!

Synopsis: Ben Stiller and Naomi Watts are Josh and Cornelia Srebnick, happily married middle- aged members of New York’s creative class. They tried to start a family and were unable to—and have decided they’re okay with that. But as Josh labors over the umpteenth edit of his cerebral new documentary, it’s plain that he has hit a dry patch and that something is still missing.

Thanks to our friends at Elevation Pictures, Cinemablographer.com has ten double passes to sneak peeks of While We’re Young at the following screenings:

In which film from director Noah Baumback would you hear the line "Ahoy, sexy!"?

Send your answer to contests@cinemablographer.com with your full name and the subject “While We’re Young – [City]”*
~Don’t forget to include your city!~

While We’re Young is now playing in Toronto & Vancouver and expands across Canada April 24th from Elevation Pictures.

*One entry email entry per person/household, please. Multiple entries will be deleted and marked as spam.
** Entrants may be limited to one win per month subject to availability. Winners who are caught abusing the system may become ineligible for future wins.