Who Made My Clothes? 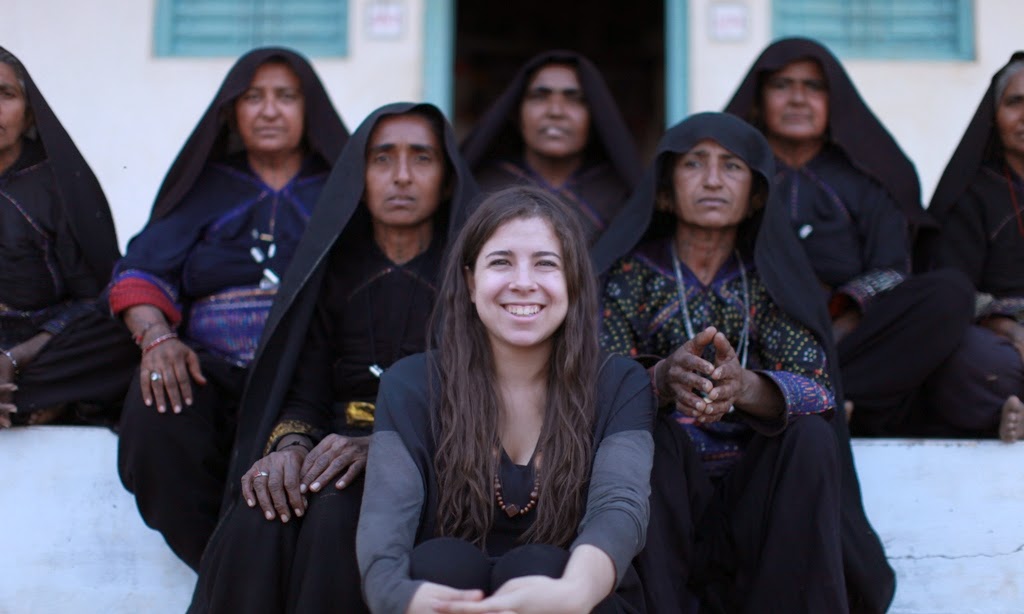 “It's difficult for a new designer to come out with a new set of ideas when there is an established industry that is moving to a completely different logic that's about low price at whatever cost,” says designer and professor Lynda Gross in the fashionably progressive doc Traceable. Gross’s words perfectly summarize the conundrum in which forward-thinking fashionistas and designers such as Traceable's central subject Laura Siegel find themselves as they try to balance the wants of consumers with the practical needs of the other threads in the fashion chain. Siegel’s plight should be a simple one: to offer fashionable garments that better educate consumers and retailers about the stories woven within the clothes on their backs. However, consumer culture, especially the “fast-fashion” on which the garment industry thrives with impulse buys and quick turnarounds, doesn’t traditionally allow for new ideas other than those that popularize, say, The September Issue. We’ve seen all those fashion docs before, as famed eyes of the fashion world tell the stories of how they became trendsetters, but a new trend is beginning and it starts right here.

Traceable looks at the fashion industry from a new perspective as director Jennifer Sharpe follows the globetrotting journey that clothing takes from the cotton field to the consumer. The film is very much en vogue as it takes a cue from trends in other industries and offers a practical and attainable methodology for fashioning the clothing industry with sustainable threads. It’s trendy, says, to want to know where your food comes from: going organic and insisting on the 100km diet are examples of fads that became tangible changes for the ways people consume food, but the question of where food comes from should extend to all products. Too few consumers ask this question and even fewer suppliers know the answer.

Traceable takes a two-pronged approach to sustainable fashion as Sharpe connects Siegel's story with the concept of traceability that influences her work and that of industry peers, innovators, and educators. Traceability, on Laura's side, reflects the philosophy that every garment tells a story and that anyone who wears her clothing should be able to know the tale behind the garment including where it came from and who made it. Traceability, on the more conceptual end, tracks the course of the materials that make up the garment, following their journey in a web of origin-destination trips, so that manufacturers and consumers alike may better understand the global impact of their products and know how each stitch and piece of fabric find its way into the clothes. Both threads put a human face on the workers in the garment industry across the full spectrum, and offer the first steps towards a more sustainable practice that leaves a lighter footprint.

Siegel is cut from a fresh generation of the fashion industry as she brings her philosophy that says, 'Craft is woven into culture.' Traceable follows Laura on the journey towards her first show in New York's Fashion Week, and, taking a cue from her own belief in traceability, the film traces Laura to India and back as she introduces audiences to the threads of culture woven into the Asian-influenced clothing she readies for her showcase. We learn about the process that goes into making the pattern on the dresses—beautiful wood block printing has an attention to detail and an enduring quality that one doesn't see in the mass consumerism of Western culture—and we learn the names of each woman who threads the beads that go into making the exquisite tie dye patterns. The film lets the villagers speak of their own traditions and customs that travel across the globe in these garments, while images of America mostly show brightly lit malls and boutiques in which shoppers browse at hyperspeed. The juxtaposition between the fast-fashion of the Western world, in which culture if fabricated through materialism, and the East, in which clothing carries tradition and stories, shows a clash of cultural values that needs to find a balance, if not shift towards the values of the East, before excess consumerism traces the industry back to nothing.

By creating characters rather than subjects and stories rather than case studies, Traceable makes a humanist counterargument to today's fast-paced consumer culture in which everything (and everyone) is disposable. The film pauses with still images of poor working conditions of factories in Asia--powerful photographs of a collapsed factory that took numerous loves—that are unsettling proof that many consumers and manufactures know little about the origins of their goods and require this ignorance to tip the balance of needs and wants towards the latter in our culture of instant gratification.

Traceable looks beyond idealism, though, and interacts with pioneers like Siegel who are making the groundwork for an industry with a foundation that sustains itself. Professors and designers share their experience and underscore the necessity of bright young minds like Laura, while other innovators such as Leonard Bonnani, creator of Sourcemap, explain clearly the ease of putting traceability into practice in the age of fast communication and social media, and they elaborate upon the roots of traceability within mass production. It’s a practice at the heart of the very system that creates so much waste with traceable codes stamped onto batches and batches of products and parts. Why the question of origins rarely arises is therefore startling since the numbers are literally stamped onto the products of mass consumption. It’s not so much a question of cost as it is a question of caring.

Siegel’s quest isn’t too radical an ideal to make real, then, since traceability exists in pockets of consumerism. A choice simply needs to be made to use the system’s ability to chart the flow of products through the supply chain for greater philosophical or ethical purposes other than to track down a can of bad ham. It all starts with one simple question:“Who made my clothes?” and audiences are bound to look at their labels and wonder after taking in this doc.

Traceable airs on MTV, Bravo, M3, and E! via Bell Media at 8:00 PM on April 24, which, appropriately enough, is Fashion Revolution Day.

Traceable Trailer from laurenmgrant on Vimeo.