X Marks the Spot with 'Kumiko' 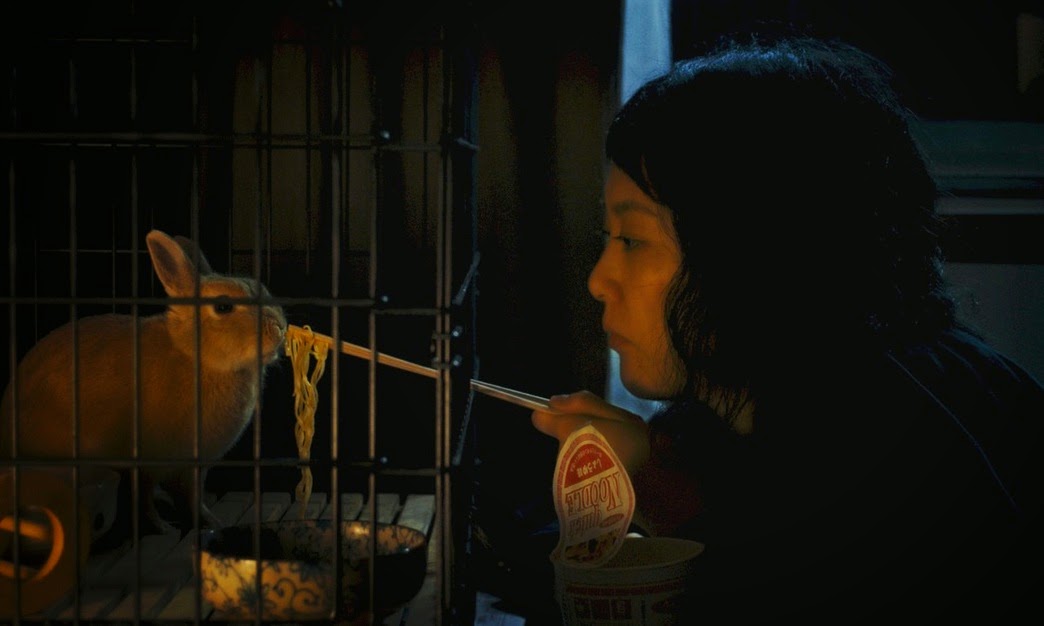 THIS IS A TRUE STORY. The events depicted in this film took place in Minnesota in 1987. At the request of the survivors, the names have been changed. Out of respect for the dead, the rest has been told exactly as it occurred.
-Fargo (and Kumiko, the Treasure Hunter)


X marks the spot on Rideau Street where hidden gem Kumiko, the Treasure Hunter sits buried yonder in Ottawa’s winter that never seems to end. Look ByTownard for this delightfully bizarre film that dives into the murky lore of one of the best black comedies ever produced in American independent cinema. The basis for Kumiko, the Treasure Hunter is the quasi-true (re: bogus-ish) disclaimer in Joel and Ethan Coen’s Fargo, which claims that the ensuing film dramatizes real events that took place in Minnesota in 1987. Sure, people died in 1987 (America’s a violent place), but Marge Gunderson is as real as the Easter Bunny and wood chippers only really dispose of bodies in the movies. Still, the myth of Fargo makes for a great story, especially because audiences are often suckers for stories they believe to be true.

Kumiko makes no real claim to factual truth, although it opens with the fuzzy opening credits of Fargo and emphasizes the Coens’ play on truth and fiction with some intimidating close-ups of a well-worn VHS tape. Kumiko is itself based on a true story that never actually happened, namely that an ill-fated Japanese tourist died whilst trudging through the snow looking for the briefcase buried by Steve Buscemi before he meets a grisly end in the aforementioned wood chipper. It turns out that this woman, Takako Konishi, was extremely depressed and committed suicide in Fargo with no real motive for buried gold. Like Fargo, though, sometimes the headline is better than the real story, and Kumiko, the Treasure Hunter takes audiences down a surreal rabbit hole as it speculates on true fiction.

Kumiko explores the media myth behind the Fargo oddity as self-described Spanish conquistador Kumiko (played by Rinko Kikuchi of Babel and Pacific Rim fame) suffers a similar depression and paralysing isolation that could hypothetically prompt a person to leave impersonal Tokyo and disappear into the American Midwest. She works a boring office job by day and obsesses over Fargo at night. Her daytime is peppered with enough pressures and expectations from colleagues and family members to drive a person mad; her nights offer an escape into the hopeful myths of movies. At the office, her creepy boss skirts around the ideal of dismissal since her peculiar attitude makes her hard to work with and her spinsterly marital status marks her as some sort of social failure. “Most women have two kids at your age,” he observes when Kumiko tells him that she is (gasp) twenty-nine. There’s enough pressure to drive someone as mad and as bug-eyed as Steve Buscemi with the peers that Kumiko has.

Kikuchi always displays a masterful hand at silent acting whether she’s playing the deaf-mute of Babel, the trickster of The Brothers Bloom, or a love interest in the Japanese remake of Sideways, and David and Craig Zellner tailor the strange voyage of Kumiko’s treasure hunt perfectly to her expressive face. She burrows deep into Kumiko’s depression and obsession with her wild eyes and dazed, insomniac haziness. As Kumiko spends hour after hour and night after night staring intently at the images of her well-worn VHS and studying the frame of Fargo methodically and fanatically, Kikuchi creates a fascinating performance that shows symptoms of the root causes of Kumiko’s illness while also inviting the audience to laugh with the bizarre farce of Kumiko’s mania. This character, like Marge Gunderson, is human enough to feel like real life, but she’s too strange and silly not to feel like the movies. The visual character of the VHS tape is itself a comedic presence as it tangles Kumiko’s hopes and delusions and accelerates her disassociation from reality the more her rewinds and pauses the tape to concentrate on the image of its low-res frames and copy a map to scale. When everything feels like the movies, one feels a lot safer than one does in real life.

Kikuchi’s immersion into Kumiko’s eccentricity frequently strikes comedic gold as she plays the treasure hunter’s growing delusion perfectly straight to a troupe of earnest Americans. The folks whom Kumiko encounters are too polite to confront her obvious mental illness, especially when she roams the highways of North Dakota in a stolen motel blanket—which is a sight gag that never loses its ability to garner a hearty chuckle—or too much gets lost in translation as Kumiko asks for directions to Fargo in broken English. The more Kumiko falls into desperation, the funnier her journey becomes with its absurdity.

The Zellner Brothers drolly create an homage to the Coen Brothers while also making their own Coen-esque odyssey into the strange world of black comedy. Kumiko takes some appropriate visual cues from Fargo in the form of dreamy shots of snow drifts and the banal American landscape, and the atypical score by the Octopus Project puts the audience in the quirky mindset of Kumiko as it draws out the farce of her quest as well as the sad overtones of irony that make her story depressingly true regardless of its authenticity. The tone of the film is just as wickedly hilarious as the Coens’ best work. The Zellners also pepper the film with a cast of colourful character actors akin to those who populate a Coen film, for every random figure whom Kumiko encounters (including a well-intentioned cop played by director David Zellner) feels like someone audiences have met before in the slice-of-life satires of independent film.

The best character of all might be Kumiko’s one partner-in-crime, her pet bunny Buniko, who even gets a credit and shares his owner’s mostly mutes contentment with the world. Kumiko, like her bunny, is trapped in a cage when the film begins in claustrophobic Tokyo and when both Kumiko and Buniko venture out into the wild, the film lets its mad hatter be refreshingly, revitalizingly free. Their reunion is one of the most heart-warmingly depressing get-togethers ever caught on film, and a bittersweet smearing of fantasy and reality that only the magical world of Fargo seems capable of conjuring. Kumiko, the Treasure Hunter is as darkly funny as the Coen Brothers’ film and very, delightfully, weird.

Kumiko, the Treasure Hunter is now playing in limited release.
It screens in Ottawa at The ByTowne until April 8.