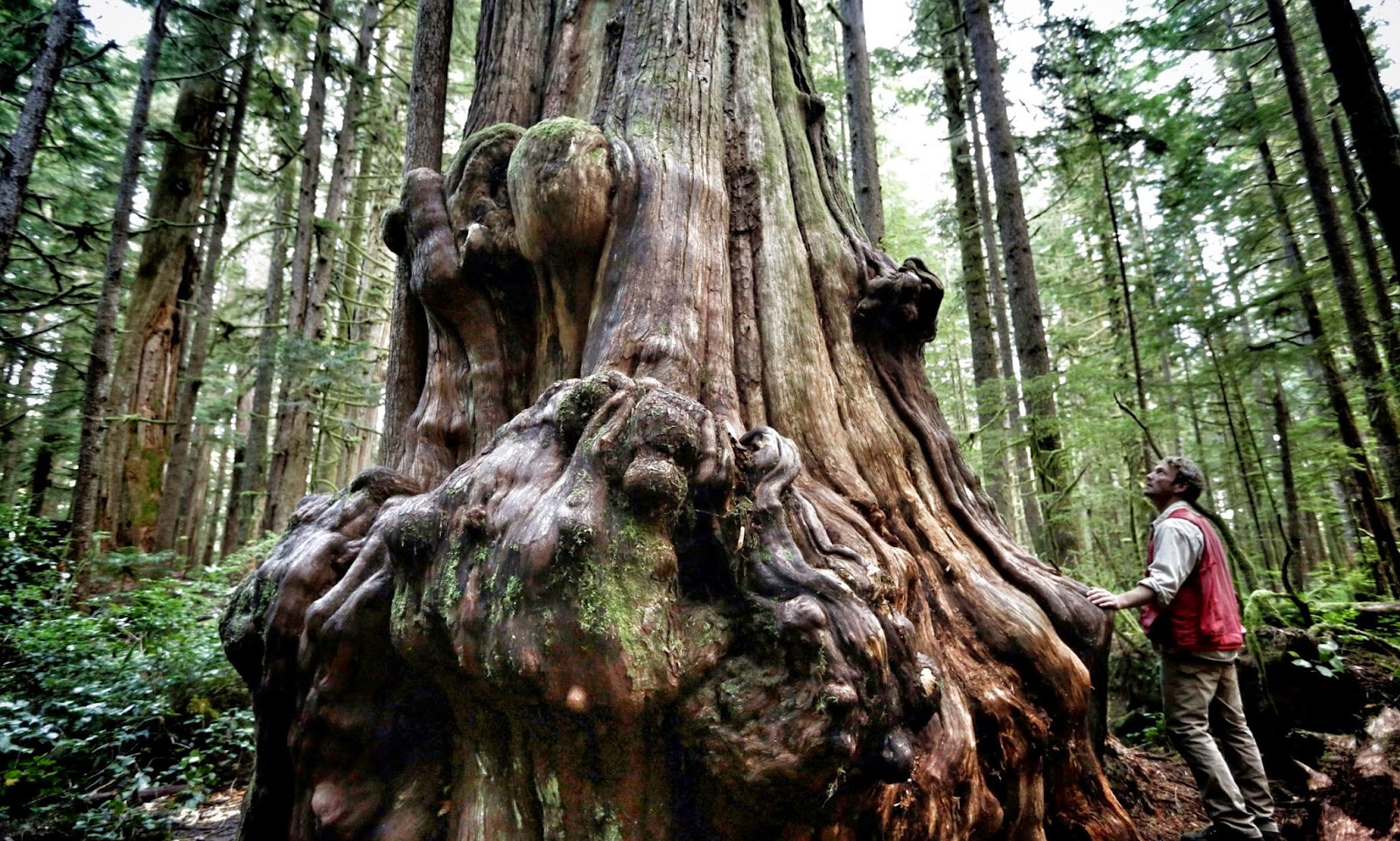 Grant Hadwin stands as tall as a British Columbia spruce in Hadwin's Judgment. This handsomely shot eco doc looks at one man's internal war with himself as he confronts the Canadian logging industry head-on with a radical action. This film by Sasha Snow, adapted from the award-winning book by John Vaillant, offers a thorough portrait of one individual's fight to save the planet.

Hadwin's Judgment sits a branch apart from the other eco docs at Hot Docs this year by emphasizing the man over the cause. This trait is both the virtue and the vice of Hadwin's Judgment, since the film feels as if it only scratches the surface of its subject, albeit with one firm and provocative stroke. Snow recreates Hadwin's plight with dramatic re-enactments in which Doug Chapman plays Hadwin, which are alternatively gripping and heavy-handed as Hadwin looks around the forests of Haida Gwaii, takes in the beauty of the old growth trees and the ugly scars of clear cutting, and cries like a figure of eco infomercials of the 1970s. Hadwin's radical act with the Golden Spruce, moreover, isn't really something to champion, especially in the context of this year's eco doc How to Change the World, which shows the ineffectiveness of Greenpeace when rogue radicalism trumps collective action.

Virtually everyone in the film agrees that his destructive act backfired and it’s legitimately difficult to see Hadwin’s choice to commit such wanton destruction of nature as taking the moral high road. If there's a lesson to be had from this collection of docs, it's that the first step towards saving the planet isn't to make a wild, bold move. Offensive measures don't push the green movement forward: they just piss everybody off.

Snow nevertheless presents a visual wonder as he captures the lush forests of Haida Gwaii with absorbing cinematography. Stirring aerial shots and highwire pans harness the spiritual power of the trees that Hadwin finds so moving, while exceptional shots via Go-pro cameras mounted on industrial machines document the intensity of the clear-cutting in dizzying point-of-view shots. Hadwin’s Judgement creates a mythic power for the forests and the man alike, but the re-enactments shift the dramatic focus onto Hadwin, so the Golden Spruce never blossoms into the force with which Hadwin and his critics describe it. Hadwin, the man, is interesting, but he’s not quite as compelling as the cause he represents.