The first images are out for Philippe Falardeau’s latest film, Guibord s’en va-t-en-guerre (Guibord Goes to War). The Monsieur Lazhar Oscar nominee returns in one of the bigger Québécois comedies of the year as Guibord brings Starbuck’s Patrick Huard in a larger-than-life leading role as a federal incumbent fighting for his seat in the next election, which seems timely for the films October 2nd release as Canadians are heading to the polls. Guibord was shot in an around Ottawa earlier this year and features Suzanne Clément and Micheline Lanctôt.


Synopsis (translated with my shoddy French): Guibord is the independent MP for Prescott-Makadewà-Rapides-aux-Outardes, a huge county in northern Quebec. Under the eyes of the whole country, Guibord finds himself in Parliament to hold the decisive vote that will determine whether Canada will go to war. Accompanied by his wife, daughter and a Haitian idealistic intern named Souverain, Guibord visits his riding to consult his constituents. While interest groups are invited in a debate that goes horribly wrong, the MP will face the weight of his conscience. Guibord Goes to War is a biting comedy in which politicians, citizens and lobbiests clash without restraint, breaking democracy into pieces. 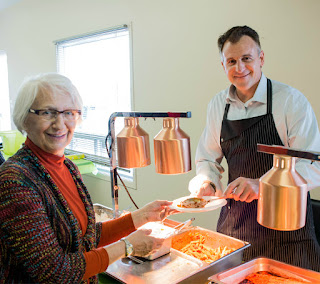