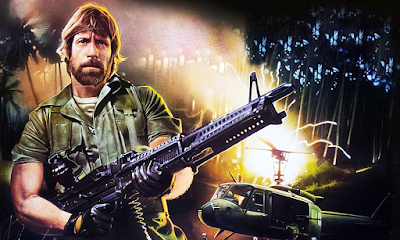 Found footage films might employ one of the most tired devices in filmmaking, but the aesthetic works wonders for coaxing a mainstream audience into appreciating documentary form. These mockumentary shriek-fests have been a staple of the horror genre long since the days of Cannibal Holocaust and The Blair Witch Project, so it is fitting move for a full-fledged documentary to illuminate the history behind the rambunctious beach ball throwing of B-movie fans. The madness of the midnight crowd, however, surely provides the ideal audience for the zany history chronicled in the off-the-wall doc Electric Boogaloo: The Wild, Untold Story of Cannon Films, which comes to theatres this September after having its International Premiere at the Toronto International Film Festival last year. If you love hunkering down in the basement with a pile of old VHS tapes at two in the morning, this one’s for you!


Electric Boogaloo chronicles the rise and fall of Cannon Films with a riotous assemblage of archival hits and talking heads. The film is a who's who of horror greats as directors like Tobe Hooper and a roster of B-grade stars explain the passion but comparatively poor artistry that launched (and destroyed) Cannon Films. “They put everything imaginable in their films except for good taste,” says one interviewee as he reflects on and laughs at the buffoonish brains behind the operation.

Director Mark Hartley has a lot of fun creating another voice, that of Cannon founders Menahem Golan and Yoram Globus, who don’t speak in interviews but appear in hilarious archival interviews and behind-the-scenes excerpts. (Hence the found footage element of this doc.) These larger-than-life producers are almost cartoonish, but Electric Boogaloo makes a surprising, although not entirely convincing, case that Golan and Globus are unsung pioneers of independent film.

The film chronicles the rise of Cannon Films in America after the friends made Israel’s biggest box-office smash, a sex-crazed comedy called Lemon Popsicle. The raunchy film, which Golan describes as being so controversial in Israel that one friend of his mother actually spat on the floor when his mother mentioned that he made the film, met a simple balance of supply and demand, and tapped into a market ripe for exploitation. Lemon Popsicle proves that sex sells, though, and Electric Boogaloo shows that Cannon Films invested as much skin in their flicks as legally possible. The rowdiness (and, largely, the spitting) characterizes Cannon Films as it moves to America and provides trash to eager audiences.

The tongue-in-cheek recollection of the Cannon Films family regales the audience with stories of making a B-movie machine as the producers conceived films on the fly and rushed them throughout production, and churned them out for distribution. The formula works, since the modestly priced films pose a favourable cost/benefit risk, and Cannon only needs a few big hits to thrive, which it found with the Death Wish sequels, American Ninja, and other cinematic dunces destined for the bargain bin. (They even dappled in art films so long as they could throw in a nipple or two.) While Golan and Globus have zero artistic inclination, they have a respectable level of business-savvy to turn the film into a cash cow. Hartley moves from entertainment to business as Electric Boogaloo gives an insider’s glimpse at Cannes deals, distribution angles, and corporate re-invention in the name of bringing sex and violence to the masses.

Electric Boogaloo, however, makes a play with the conventional talking heads format and archival footage to interrogate the soundness of Cannon Films’ strategy. These films are clearly disposable exploitations of sex, violence, and Z-grade effects, so the necessity of Cannon films is questionable in an industry that is equal parts business and art. Buxom stars tell of degradation and embarrassment on set, while crewmembers and creative collaborators remember horrible working conditions and the producers’ blatant ignorance to the artistic process. Electric Boogaloo is an all-you-can-eat buffet for audiences enamoured with cultural trash, but Hartley proposes that no film empire can ever endure if quality fails to be a part of its business model.

Movies modeled on trash might be fun for a while, but this retrospective look at the collapse of Cannon Films feels especially relevant in coming on the heels of an especially forgettable year for summer movies. Audiences can stand derivative garbage for only so long, as evidenced by the dwindling sales of tickets for tent-pole sequels (which abuse 3D premiums like Cannon Films exploits breasts), so Electric Boogaloo anticipates shifts in the independent film sphere ready for audiences eager to see filmmakers try something new. Found footage films might be gateway drugs for horror fans to test the waters of documentary film, and Electric Boogaloo might be just the ticket for easing doc fans into the zany world of the midnight crowd.