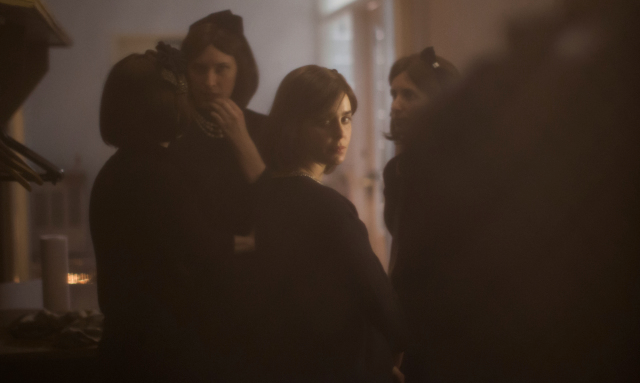 Canada has its contender! Felix and Meira is Canada's official submission for Best Foreign Language Film in the 2015 Academy Awards race. (Read the full Felix and Meira review here.) The film, directed by Maxime Giroux, is an understated love story set in Montreal’s Jewish quarter. The announcement came today as Telefilm Canada’s Carolle Brabant gave the selection via Livestream following a deliberation from Telefilm Canada’s Pan Canadian committee that annually selects the nominee. The film may be a tough sell to grab immediate votes since it’s a beautifully downplayed love story, but its power grows as time passes, which might give it legs for the long run.


Felix and Meira is a relatively smart and safe choice for Canada for a few reasons. For one, it carries the endorsement of the Best Canadian Feature Film prize from last year’s Toronto International Film Festival. More importantly, Felix and Meira already has US distribution with Oscilloscope, which gives it an advantage on the campaign trail.

The distribution deal means that Felix and Meira has some work to do to stay fresh in voters’ minds since it’s already hit theatres in both Canada and America, and is out on home video. However, Felix and Meira shows ample ability to connect with audiences as it already boasts an impressive US box office take for a Canadian film, netting $447, 000 in US b.o. (and approx. $200 000 in Canada). Canada’s previous two submissions, Gabrielle and Mommy, earned approximately $5500 and $520 000, respectively despite failing to make the December shortlist of nine semi-finalists. Canada's only win in the category remains 2003's The Barbarian Invasions, directed by Denys Arcand.

Other notable contenders released within the Academy’s qualifying period include the searing Canada/South Korea co-pro and seven-time Canadian Screen Award nominee In Her Place, the hidden gem The Sound of Trees, Canada’s Top Ten pick Corbo, and Quebecois box office smash The Passion of Augustine.

Canada actually has two horses in the race this year, as the NFB co-pro The Wanted 18 was previously announced as Palestine’s official submission, so Cinemablographer will be cheering extra hard in the coming months!

Felix and Meira will be available on home video beginning Sept. 29.