OWFF Review: 'Haida Gwaii: On the Edge of the World'

Haida Gwaii: On the Edge of the World 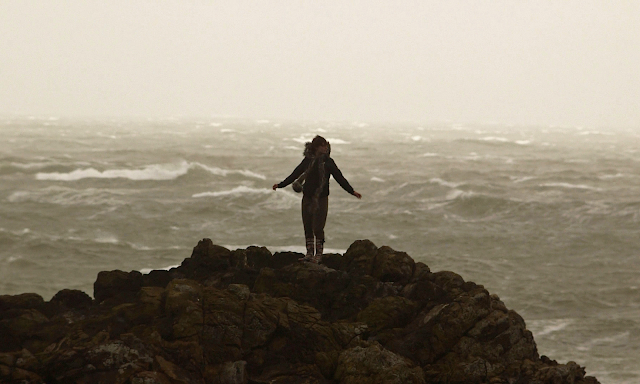 Charles Wilkinson continues his string of BC-based eco docs with Haida Gwaii: On the Edge of the World and his latest documentary might be his strongest one yet. Wilkinson follows Peace Out and Oil Sands Karaoke with another look at the changing Canadian climate. This film shifts its focus from the Oil Sands (although they figure prominently) and the ravaged/ruined industrial scars of mainland Canada, and it turns its head to the idyllic archipelago of Haida Gwaii in British Columbia. Haida Gwaii carries a rich cultural history and the area remains one of the most isolated regions on Earth in which the population of First Nations persons remains the majority. Wilkinson looks affectionately at the lush ecosystem of Haida Gwaii in all its complexities and this lovely documentary portrays the last sublime place in Canada as an ideal community to which Canadians should aspire.


Haida Gwaii: On the Edge of the World, which won the prize for Best Canadian Feature at Hot Docs this year, features ample awe-inspiring cinematography of Haida Gwaii’s dense forests. These forests are comparable to the life of rain forests and steeped in natural history thanks to some breathtaking old growth trees, but Wilkinson smartly conveys that the complexity of Haida Gwaii’s ecosystem doesn’t stop at nature. Humans are part of the system too, Haida Gwaii argues, so the film invites citizens of the land to join the conversation and share their stories about life on HG. The participants, who are mostly First Nations persons along with some migrants to Haida Gwaii, explain with passion how Haida Gwaii offers a relatively self-contained and self-sustaining community that one doesn’t find elsewhere in Canada. (Or, for that matter, the world.) Their love for Haida Gwaii has roots as deep and strong as those of the trees, and the film admirably captures a spirit that defies foreign interests from corrupting this harmonious community.

Haida Gwaii introduces elements of capitalist barbarism that invade Haida Gwaii to plunder resources as the face of the landscape changes with the encroachment of industry. Distressing images of clear-cut forests are very effective after Wilkinson’s camera conveys the beauty and serenity of the forests in Haida Gwaii, as is one participant’s reflection on the sickening experience of walking through the forest and arriving at a clearing where the forest just stops—executed by industry. The oil industry comes off the worst, which is to be expected given that it’s the most hot button topic pertaining to the corruption of Haida Gwaii, as proposals for shipping Canadian oil to Asia threaten the land and water with spills that the Canadian government and oil companies aren’t likely to clean up. The film places admirable value on the land and its riches, and the film ultimately builds the innocence and richness of Haida Gwaii as a more valuable resource than those that our current carbon/rape-and-pillage based economy values.

Wilkinson once again appeals to the personal and ideological choices entailed in the fight to save the environment. By highlighting the greatness of the uncorrupted land and the pleasures of those who thrive on it by living a fruitful lifestyle that judges success by modest means, Haida Gwaii shows us a corner of the world that evokes an image of Canada before the fall. It’s a shame the rest of the country isn’t as beautiful.

Haida Gwaii: On the Edge of the World screens in Ottawa at the One World Film Festival on Saturday, Sept. 26 at 8:45 PM.