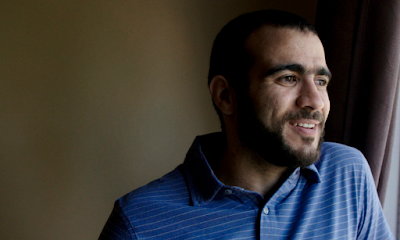 Guantanamo's Child: Omar Khadr feels like a missed opportunity. This film couldn't be more timely since Khadr's case is still history in the making, but the need to get this film out immediately unfortunately makes this doc a superficial one. It's nice to hear Khadr's side of the story, and the filmmakers get a decent range of interviews to illuminate the wrenching footage of Guantanamo Bay that appears in the film, but this respectful portrait also asks Khadr some relatively easy questions that don't make his testimony as satisfying and penetrating as it should be. Mixed production values also hinder a formal engagement between audience and subject, for the no frills aesthetics struggle to make Khadr’s story more compelling. This film rests entirely on the strength of its subject matter. (And as an interviewee, Khadr's only average.) Guantanamo’s Child mostly satisfies as a portrait of Harper-era Canada, and the film successfully portrays Canada's narrow-minded PM as a bigot who lacks the backbone to spare Canadians the pain of American austerity. But when other docs like last year's The Secret Trial 5 give a fuller portrait of the decline of Canada in the Harper years, it's hard to find a point to the film other than a well-intentioned interview that doesn't get its due on the evening news. 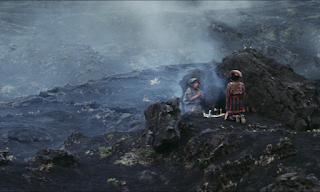 The volcanic landscape of Ixcanul is awesome. This visually sweeping film, Guatemala's official submission for Best Foreign Language Film in this year's Oscar race, evokes a mode of ethnographic filmmaking that fuses smartly with drama. Ixcanul offers beautiful scenery as director Jayro Bustamante gives an uncontrived portrait of life for a family of coffee farmers living nearby a volcano. (Ixcanul translates to 'volcano'.) The black, ashen ground surrounding the volcano evokes another world, which feels exactly on target for a film that gives a realistic snapshot of a culture that is disappearing from its own countryside. The film depicts a family of Kaqchikel-speaking Mayans, and it feels timeless as the drama deepens and the daughter’s fate becomes connected to the power of the land. The volcano lurks in the background and plays a thematic role as the daughter's fertility becomes a focal point of pride and pain, and merits different offerings from the family.  It’s only when the family visits the Spanish-speaking city or when Maria dreams of life in America, “beyond the volcano,” that the film subtly evokes a collision of cultures as modernity encroaches on the family and swallows them as a snake does its prey. 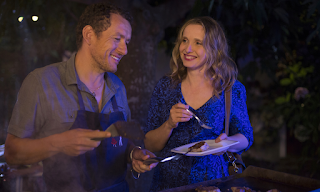 Julie Delpy has another stroke of comic genius in the endlessly funny romantic comedy Lolo. The actress/director/co-writer delivers a neurotic comedy in the vein of her 2007 directorial debut 2 Days in Paris and Lolo is easily her best film since her debut. Delpy’s ability to make us laugh is just as impressive as her versatility is as she leads the rapid-fire comedy to a winning and wholly satisfying conclusion. Delpy stars as Violette, a Parisian divorcée on holiday in the country, where she meets provincial charmer Jean-René (Dany Boon) and they hit it off immediately. Their relationship takes the ultimate test when Jean-René meets Violette’s twenty-year-old son Lolo (Vincent Lacoste), a Damien child with arrested development. Comedy and romance ensue as Lolo tests Jean-René’s patience and the strains of these larks make Violette confront what it means to love as a mother and a partner. Delpy and Boon have terrific chemistry together and their comfort and confidence jives perfectly with the rat-a-tat-tat rhythm of Lolo’s screenplay. Delpy and Boon create sparks together with their odd couple comedy, and the script offers a stream of repartee in the form of naughty banter and shrewd pop culture references as Delpy and co-writer Eugénie Grandval have an ear for the way men and women talk to one another by trading bawdy zingers and fluent pop culture savvy. This fun and high-energy rom-com is a bright spot at this year’s Festival. 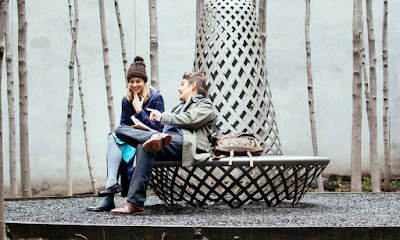 2015 feels like the year of the Gerwig as Greta follows her confident performance in Mistress America with the complex character Maggie in Rebecca Miller’s Maggie’s Plan. This ensemble film is all about the performances. Gerwig plays another offbeat screw-up—she’s really developing a consistent persona across her work—as college counselor Maggie hatches her titular plan (several plans, actually) to raise a child on her own by borrowing some semen from a pickle baron. Maggie lands in a pickle of her own when she breaks up a marriage, has a baby with her colleague (Ethan Hawke), and then befriends his crazy wife, Georgette (Julianne Moore). Maggie’s Plan is rather convoluted as the awkward pacing leads to some farfetched turns and babies, but the spirit of the cast saves it. Moore steals the show as Georgette by adopting a phony Russian accent and acting in full Maude Lebowski mode as her uptight academic. Comedy doesn’t usually tend to be Moore’s strength, yet she’s very funny here and a highlight of the film. Miller once again offers an ensemble-driven musing on the complicated relationships between men and women as Maggie and her company of academics learn the difference between theory and practice.