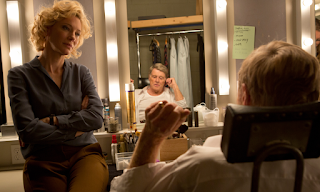 Cate Blanchett gives yet another award-calibre performance in the sturdy journalism drama Truth. Blanchett plays fallen 60 Minutes producer Mary Mapes and she gives a sweltering and inspiring performance as a maverick producer who held strong when most pillars of journalism lost their spines. She’s terrific (as always) alongside Robert Redford’s Dan Rather as the two join their team to probe President George W. Bush’s war record and then re-investigate the mess of their sources, which (mostly) checked out until they revealed themselves to be fragments of lies. Truth gives a compelling look at the decline of journalism by refusing to ignore the possible mistakes Mapes made with pursuing a story, but Blanchett’s empathetic and resolute Mapes creates a levelheaded protagonist who holds strong despite being thrown under the bus by the system when the pursuit of truth became an inconvenience. The film hinges on the element of experience that becomes a volatile commodity as competing outlets change the conversation, thrust Mapes under the lens, and put her credibility on trial. Blanchett owns the film with one hell of a grand finale that offers a strong defense as Mapes lays out her shrewd ingenuity and experience as a producer in an intimidating monologue. Truth feels like the Atticus Finch moment of Blanchett’s career. “The world is round, people!” 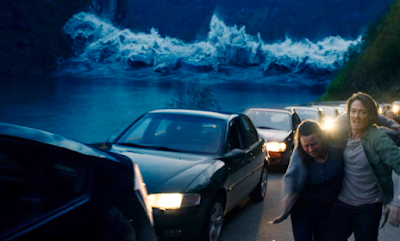 The words 'Norwegian film' and 'intense thrill-ride' aren't usually synonymous, but The Wave changes the game by packing a solid punch. This white-knuckle disaster film is way ahead of most of its Baltic-Nordic contemporaries, which are usually lo-fi slices of kitchen sink realism, and one might easily mistake it for a Hollywood production if one watched it dubbed in English. Roar Uthaug’s heart-pounding drama--Norway's Official submission for Best Foreign Language film in this year's Oscar rage--is, yes, a thrill ride.

Comparisons to The Impossible are inevitable as the drama rips a family apart with a giant tsunami, but instead of opening with the money shot, The Wave teases out the disaster and VFX with a cautionary tale. A smart three-act structure lays out the science that makes this story about an impending disaster at a fjord-side vacation town before whamming the audience with the wave in act two and them searching for the survivors viewers have come to care for. The tsunami is a spectacular centerpiece that is impressively composed and thrilling, while the first act is swift and tense as it pulls the audience towards a precipice of suspense. The final act, however, stumbles with disaster movie clichés and helpings of Norwegian cheese. Hollywood movies always have a little cheddar, though, so perhaps it's inevitable. 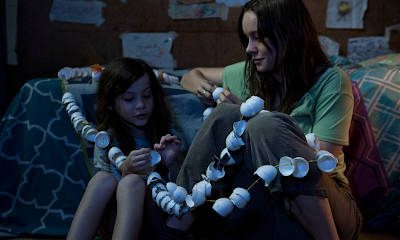 Emma Donoghue adapts her excellent novel Room with largely successful results. The author remains faithful to her work in the adaptation process, and the effect is immediately satisfying, but doesn’t have the same enduring power that the novel does. Room, the movie, has a lot of feels as it dramatizes the story of five-year-old Jack (Jacob Tremblay) and the room he lives in with his mom (Brie Larson) that’s a wonderfully insular place to him, but an awful prison in reality. However, the power of Room, the book, is all in the form of the prose—Jack’s innocent voice—and the film loses something in translation even as it does the book justice by remaining wholly faithful to the narrative. Fairly little of Room actually occurs in Room, which is the most dissatisfying deviation from the novel, so many of Jack’s references/confusions in Outside World are probably lost on viewers who haven’t reade the book. (His request “to have some” is one element that’s in there for the sake of being in there, but doesn’t really register.) Strong performances by Tremblay and Larson make the film undeniably moving and compelling, though, while Joan Allen makes a welcome return as Jack’s kind grandmother. Seen through Jack’s eyes—and Tremblay acts with a wisdom beyond his years—Room is sure to find a new league of fans.

*Expect more coverage of ‘capsuled’ films in the months to come!