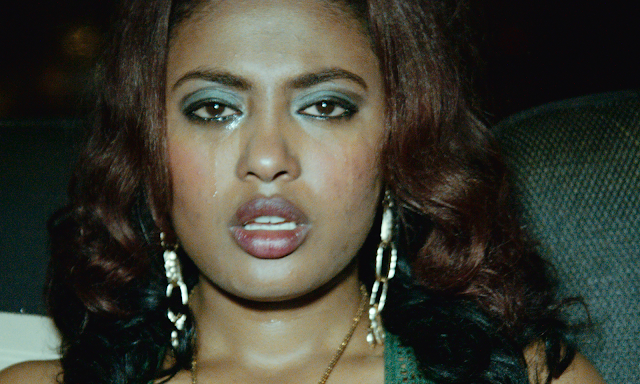 It isn’t every day that Cinemablographer gets to review an Ethiopian film, so the fact that Price of Love is actually the second production from Ethiopia to grace the pages of this blog within a few months is exciting. (The other is the admirably ambitious misfire Crumbs.) Price of Love continues its run on the festival circuit with a recent stop at the inaugural African Film Festival of Ottawa where it screened to a respectable crowd and showcased a promising talent at a promising new film festival. This drama from director/co-writer Hermon Hailey evokes Vittorio De Sica’s 1948 neorealist landmark The Bicycle Thief with the compelling search at its heart. Call this realist fable Taxi Thieves.


As hapless taxi driver Teddy (Eskinder Tameru) befriends a prostitute named Fere (Fereweni Gebregergs) who is trying to help her escape her abusive pimp (Kassahun Getatchew), her oppressor steals Teddy’s taxi in retaliation for losing the woman he ‘loves.’ Like the family in The Bicycle Thief, Teddy’s taxi isn’t just a way to get around; rather, it’s a symbol of his stability, his livelihood, and his hope for the future. Teddy, who grew up on the streets a drunk and khat addict after his mother died, loses this agency just as he actively tries to put his life on the mend.

Teddy’s late mother puts his relationship with Fere in an odd perspective, for his love for Fere clashes with his disapproval of her choice of career, which she’s trying to leave, but falls back on while trying to support them. Teddy, see, struggles to accept the psychology and social situations that drive a woman to sell herself. He can’t even state his mother’s own profession, for he simply refers to Fere by saying, “She’s like my mother,” which one easily mistakes for an affectionate comparison until some twists of fate give the statement more weight.

Price of Love gives the audience two star-crossed lovers to root for as Teddy and Fere try to find happiness in spite of their poverty and growing hopelessness. The film takes some predictable turns as it crosses into melodrama in its final act, which goes on for an exhausting number of twists and false endings, but the strength of its two leads keeps one on edge. Hailey offers a fine character study rooted in social issues and realism as Teddy and Fere search for the taxi while trying to reconcile their dreams of escape with the practical elements of survival. This minimalist drama lets the characters and setting do the talking as Price of Love shows a respectful hand at restraint as Hailey encourages the audience to identify the characters above all.

The film especially succeeds with Fere as Hailey and Gebregergs create a compelling and sympathetic survivor. Price of Love shows the difficulty of escaping a life in which the rules are stacked and options are few. The filmmaker’s own background (she grew in an area populated by prostitutes) draws on the currents of migration and escape that characterize a capital city like Addis Ababa, which offers the setting for the film, as Fere endures exploitation in the hope that it is her exit visa to Dubai, where she’ll make far more money servicing patrons wealthier than Ethiopia’s working class. Price of Love is consistently effective as Hailey focuses on Fere’s plight and matter of factly dramatizes the hell she endures.

Gebregergs succeeds in drawing the audience into Fere’s situation in the film’s most arresting moment in which Hailey gives the actress a close up as Teddy offers Fere a ride in his taxi early in their relationship. Hailey holds on Gebregergs as Fere mouths the words to the pop song that creeps out of Teddy’s radio. Moved by the music and shaken by the events of the night, she begins to cry silently and steadily as she continues the lip sync. Hailey favours a clear realist style throughout the film, yet by sparingly choosing to break from the realism and draw attention to the cinematic quality of the film, she makes Price of Love emotionally authentic as well.