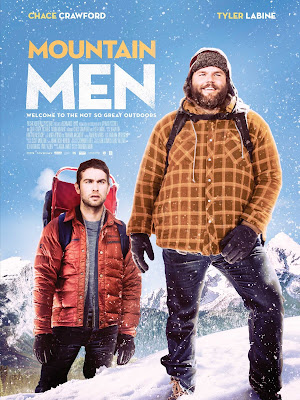 Crack open a cold one and fire up the home theatre for Mountain Men. This refreshing comedy (review here) stars Chace Crawford and Tyler Labine as two brothers who reconnect when a trip to the family cabin leaves them stranded in the Rockies. Mountain Men comes to DVD on October 6th from Pacific Northwest Pictures, and we have a few DVDs to give away to lucky readers. If you want to add a DVD of Mountain Men to your collection, answer the trivia below for a chance to win!


Synopsis: When Cooper, a big city lawyer, returns home to a small northern town for his mother’s wedding, he plans to be in and out without a scratch. But his deadbeat brother, Toph, has other ideas.  He coerces Coop into driving to the remote alpine cabin where they spent their childhood summers to look for their father who has gone missing. Their sketchy plan goes from bad to worse, as bruised egos and buried resentments bubble to the surface.  Cars explode, cabins burn, pot cookies are consumed, and when the smoke clears, the brothers find themselves stranded in the harsh Rocky Mountain winter, fighting for both their relationship and their lives.

Thanks to Pacific Northwest Pictures, Cinemablographer has 3 DVDs of Mountain Men to give away. All you have to do to enter is answer the following question:

Which mountain town offers the setting for Mountain Men?

Send your answer and full mailing address to contests@cinemablographer.com with the subject ‘Mountain Men’.

*Limit one email entry per person/household per contest. Multiple entries will be discarded and marked as spam.
**Entries that do not include an address may be discarded.
***Limit one win per person per month.
****Contest opens to residents of Canada only.