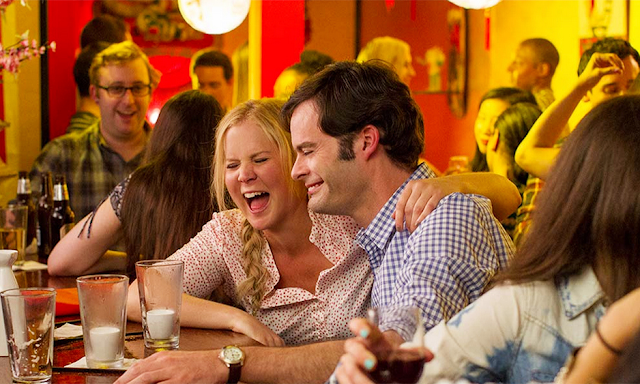 ‘Tis the season! The screeners are in the mail and flooding inboxes like mad this year, so it’s time to play catch up as Cinemablographer.com considers all the movies that slipped by earlier this year. Enjoy some notes from the screener pile as we check films off the list!

Add me to the Amy Schumer train! It’s so nice to catch up with the new Queen of Comedy. Trainwreck is a hoot. I haven’t laughed this hard or loud at a movie since Bridesmaids.

Schumer stars as Amy, a woman with a lady boner for the single life who writes at a silly men’s magazine and finds herself struggling with human emotions like love while profiling a dorky/endearing sports doctor (Bill Hader). Awkward situations abound as Amy tries to get a handle on love while cozying up with her subject and balancing the demands of her driven boss (Tilda Swinton), who chases crazy clickbait about semen flavours and ugly girls. Swinton is perfectly cast as the type-A editor with an ambiguous accent, while Schumer is incredibly funny leading the charge of Judd Apatow’s latest raunch-fest. Like all Apatow films, Trainwreck is exhaustingly overlong, but it keeps its laugh-a-minute thanks to the spunk of the performances and some spot-on comedic timing. 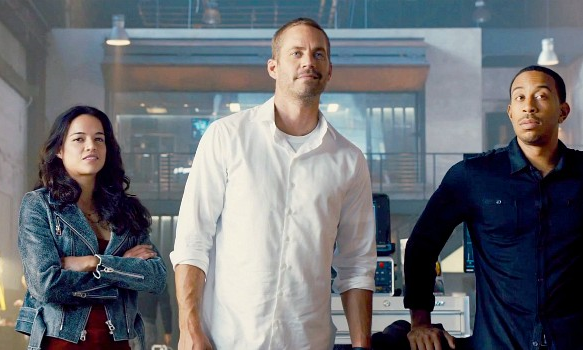 Speaking of trainwrecks, the Fast and the Furious franchise returns for its seventh installment with the creatively titled Furious 7. I gave up on the franchise after the third film, Tokyo Drift, so I’m not the target for this one, but Furious 7 is as big, loud, and ridiculous as a film and be going on a half-dozen sequels to a movie that lives on the premise of “fast cars equal good movie.”

The film movie has loud, dumb action galore and some wild set pieces that are a guilty pleasure. The script handles like my grandmother driving her Honda Civic, and the weakness of the story strains under the well-intentioned effort to hold the film together following the death of Paul Walker. The piecemeal effort doesn’t work as characters and threads crisscross and reference the past as filler, while a sentimental ending and farewell to Walker is more awkward than touching as the cast bids him farewell on the beach to the ballad “See You Again.” However, Dwayne Johnson steals the show with the ultimately one-liner/groaner combo that sees him rip off a full body cast and hightail it from the hospital into action. A franchise can only run on fumes for so long.

Another fond farewell comes with Albert Maysles’ final film, Iris. This posthumously released feature (Maysles was still alive while it debuted on the festival circuit) gives a colourful portrait of Iris Apfel, a 93-year-old New York style maven. The film follows Iris as she models various combinations of her flamboyant ensemble—big colourful glasses, necklaces, and bracelets accessorize loud pants and dresses-and reveals how style is all a personal construct held together by confidence and taste. Iris is a colourful character both for her sense of style and for her loud personality. The film, much like the other tale of golden age fashionistas Advance Style, shows that some things never go out of fashion as Iris passes down her flare to new trendsetters. She’s the ultimate hipster, even at 93, and her passion for clothes offers a fitting subject for the 88-year-old Maysles, who fed his love for documentaries until the very end.

Up next: Straight Outta Compton, plus lotsa more docs!