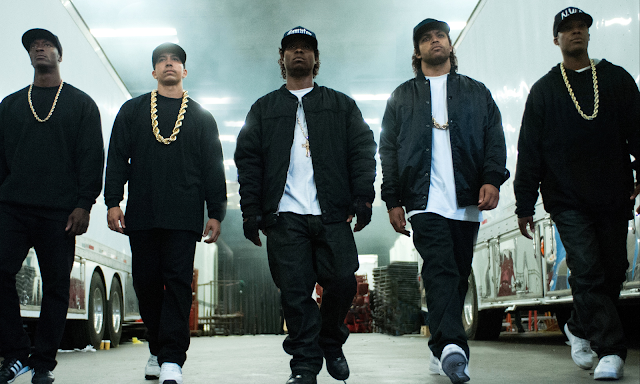 2015 is a great year for music documentaries, but while the dramatic front might lack the same range of films about musical subjects, one film alone matches the docs in strength. That film, of course, is the fiery and intense Straight Outta Compton, which dramatizes the rise of the NWA. One doesn’t need to know the beats to appreciate this solid portrait of the LA streets. Director F. Gary Gray (Law Abiding Citizen) creates a city of brewing  pot of rage and violence that needs an outlet other than guns, and the rappers of the NWA meet the challenge. Straight Outta Compton tells of friends Ice Cube (O’Shea Jackson, Jr.), Dr. Dre (Corey Hawkins), and Eazy E (Jason Mitchell), among others, who channel their passion and rage into rhythm and poetry. Strong performances by the ensemble make the film accessible and compelling, while the script never hinges on fandom, for Straight Outta Compton makes the story of the NWA thorough and relevant. As the film rises with the controversy of “Fuck tha Police,” Straight Outta Compton builds a potently relevant tale about a fight that remains ongoing. 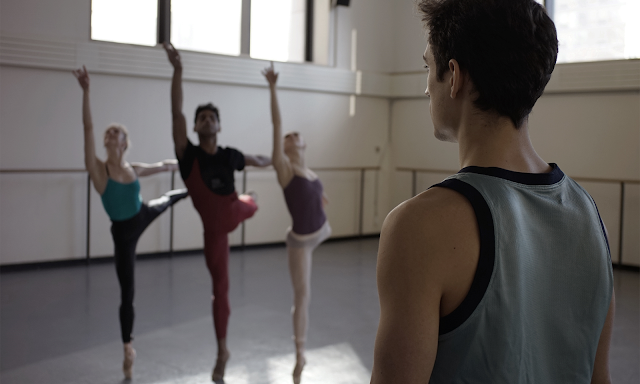 If the anthemic beats of “Fuck tha Police” leave one wondering what to watch with granny whilst perusing the screener pile, Ballet 422 might be the safer and mellower option. This classically composed observational documentary offers a few pliés and memorable numbers of its own as it follows young ballerino Justin Peck as he faces the daunting task of creating and choreographing the New York City Ballet’s 422nd ballet. This original new work offers an immersive glimpse into the artistic process as director Jody Lee Lipes goes behind the scenes with Justin and the company. The film is precisely stylised and composed like a poised ballerina, calm and measured, as the director unobtrusively watches the dance take shape. Ballet 422 observes the minute details that shape such a large-scale work from scratch as Justin tastes different moves and patterns to the music, teaches the numbers to his peers, and collaborates on costumes and lighting designs with the crew. Almost every element of the ballet encounters a clash of egos as creative types hem and haw with their own interpretations of Justin’s work. Art is a collaborative affair though, and Ballet 422 watches as the company develops a rhythm. Individual ideas reconcile with collective vision, and the film builds to the fully realized performance that comes in with changes and alterations right until the curtain call. 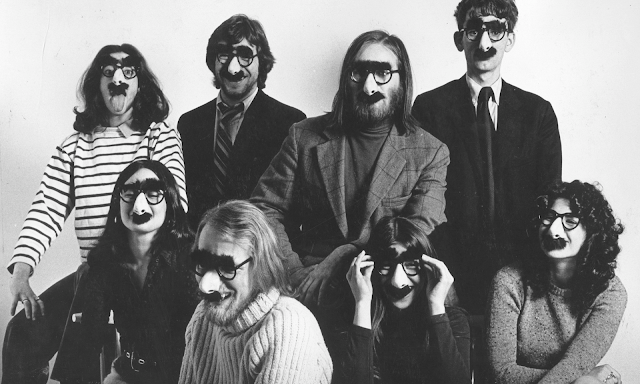 Print might be dying, but a pillar of American comedy gets the last laugh in the doc Drunk Stoned Brilliant Dead: The Story of the National Lampoon. The National Lampoon brand seems to have changed in the days since it began as a satirical magazine, for recent efforts from the Lampoon world scrape the gutter for entertainment. The talking heads of this doc share stories about the early days when the Lampoon graduated from the Harvard Lampoon to the National Lampoon and the magazine was a satirical rag that also featured plenty o’ boobs to push the envelope and tease mags that teen boys had “just for the articles.” The stories, although largely anecdotal, reveal how launching a magazine is a bold and daunting task, and Drunk Stoned Brilliant Dead makes a fair case that it’s doubly cheeky to create an empire that goes against the currents of conservatism and “good taste.” Similarly, the comics give some substance to their legacy by illuminating how the edginess of the Lampoon, and humour more broadly, is an agent of change. As magazines are dying, one appreciates the effort. However, the film is largely self-congratulatory as participants extol their own brilliance while shooting the shit on the follies of the shenanigans of the Lampoon family. It’s a funny and enjoyable film, but not nearly as essential a watch as Christmas Vacation is this holiday season.

Drunk Stoned Brilliant Dead is playing in limited release and is available on home video.

Other gems from the screener pile worth considering including Guy Maddin's The Forbidden Room (reviewed in full here) and Cinemablographer favourites like Sunshine Superman, which holds up nicely to repeat viewings!