2015 in Review: The Best Canadian Films of the Year

2015 ends both a good year and a dispiriting year for Canadian film. It’s a good year if one simply assesses the films in terms of quality. There might not be a runaway juggernaut like Mommy or Stories We Tell, but the overall calibre of films seems to be consistently better than it’s been before. Moreover, 2015 marks a respectable year for new voices entering the fray with films like Albert Shin’s In Her Place and Andrew Cividino’s Sleeping Giant, among others, marking notable turns for emerging filmmakers. The next generation of Canadian filmmakers sits in good company with contemporary masters, as 2015 sees some of this country’s best filmmakers at the top of their games with Guy Maddin making both The Forbidden Room and Bring Me the Head of Tim Horton and with Alan Zweig hitting a homer with HURT. There’s little reason to complain when it comes to the Canadian films one was able to see in 2015.


Therein lies the downer of this post: year in review gongs for Canadian film feel a little off this year because 2015 marks one of the weaker years this blog has seen in terms of volume of coverage for Canadian films in the theatres. Only three of the films in this top ten list have theatrical screenings in Canada’s capital to their name in 2015, while other moments during the year limited coverage of Canadian films solely to reviews via Festivalscope or films available elsewhere with handy publicists. (In fairness, In Her Place has a one off presentation at the South Korean embassy, while Al Purdy and presumably The Witch hit theatres in 2016.) But 2015 also marks a better year for efforts to emphasize the theatrical experience with TIFF’s Film Circuit expanding Canada’s Top Ten screenings and with the new Canadian Indie Film Series bringing Can Con into the multiplex for one-off screenings of worthwhile films. It’s worth noting that even VOD holds a place for hidden gems like Two 4 One that deserve an audience—anywhere, somewhere.

2015 also marks a good year for Canadian co-productions, so while some of the better Canadian-ish films aren’t set in Canada, they still highlight valuable stories and efforts from the Canadian film scene. In some cases, with films like This Changes Everything or Brooklyn, the international element is either essential to their existence or a strong part of their appeal. Unlike some of the other list-making systems for Canadian films, this list of the year’s best Canadian films considers Canadian co-productions even if the directors aren’t Canadian. In the case of a film like Brooklyn, for example, it’s important to highlight the work of the Canadian participants and to own the strong thematic connections that make it especially relevant as Canadian content.

Here, in ascending order, are Cinemablographer.com’s picks for the ten best Canadian films of 2015: 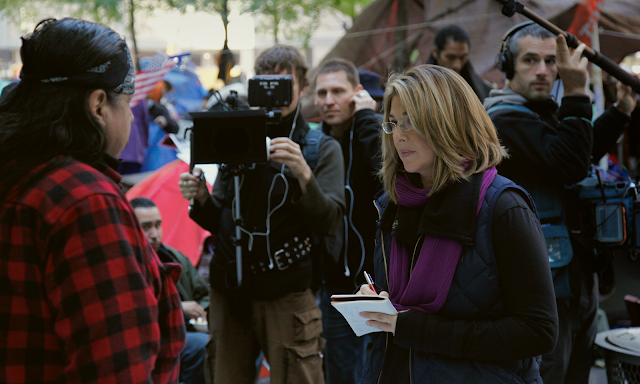 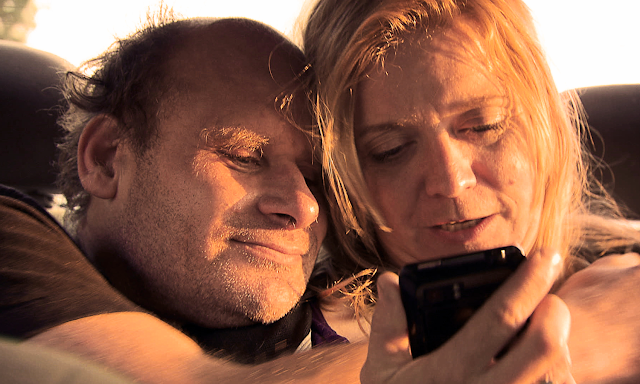 Alan Zweig’s powerful documentary HURT makes Canada proud not only for being the champ of TIFF’s first Platform competition, but also for being a great human portrait that goes against the grain of character studies. Rather than give the audience a likeable champion and rest on the laurels of his subject, Zweig boldly turns his camera towards a man on whom the Canadian government officially reneged its choice to call him a hero. The film gives an uncontrived portrait of fallen Canadian icon Steve Fonyo as Zweig observes a life ruined by addiction and self-neglect. This sobering character study ultimately turns the question of neglect back on the audience and asks viewers how a country can turn its back on its heroes when they need our help the most. 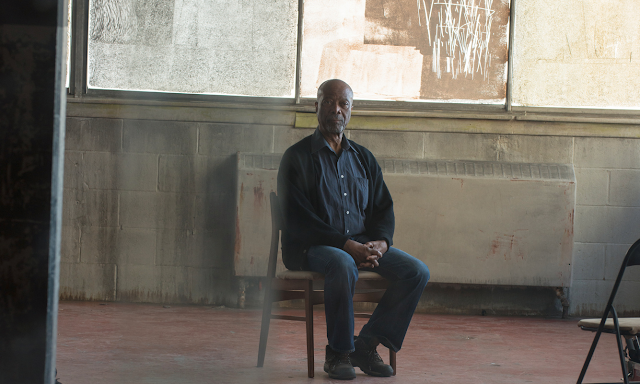 Ninth Floor is the first film that I pre-screened for TIFF this year and it suffices to say that Mina Shum threw down the gauntlet for all documentaries to come at the Festival. It’s wild to think that Ninth Floor is her first doc. Ninth Floor, like HURT, challenges our conception of Canada as a nice, warm, rosy country as Shum uses her analysis of student protests in 1970s Montreal to interrogate how fairly Canadians accept Canada’s multicultural make-up. This NFB flick, however, excels by creating an atmosphere of surveillance and an air of paranoia as Shum unfolds the interviews and archival material with the pace of a thriller. As one watches the film, one feels under the microscope much like the students were at the time of the events that transpire on screen. It’s an uncomfortable feeling—but also a necessary one for understanding the film’s significance. 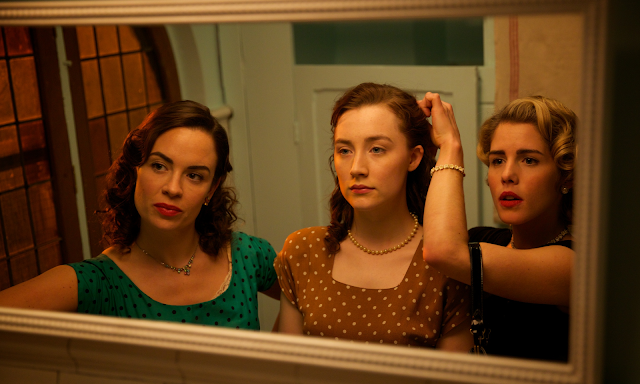 Brooklyn gets better with each trip back. It’s a lovely film upon first glance for Saoirse Ronan’s maturation as an actress, but the subtlety of the film can almost go unnoticed. This warm and wonderful film gives a poignant portrait of an immigrant’s experience as Ronan’s Eilis Lacey steps off the boat from Ireland and forges a life in America, but the film could just as easily take place in Montreal, Toronto, or Vancouver with its tale that resonates strongly within Canada’s multicultural make-up. The film also challenges the narrative that says that stories of migration need to be fraught with challenges and tragedy to be compelling and vital. This Montreal-shot Irish-UK-Canadian co-pro, which boasts exquisite cinematography by Yves Bélanger and the note-perfect production design by François Seguin, might be more in line with Canadian film and literature thematically than many of the other Canadian films of the year.

6. My Internship in Canada

Great Canadian comedies are too rare, but Philippe Falardeau’s welcome return to political satire more than compensates for their absence. This sharply incisive take on Canadian politics in the Harper years couldn’t have been timelier as its release hit the heels of Harper fatigue. Falardeau’s script anticipates the healthy appetite for change in Canada as it sets rural independent Steve Guibord on a mission to reconnect with his countrymen and forge a Canada that reflects the values of its constituents. The satire of My Internship in Canada couldn’t be any more on the money thanks to the go-for-broke gusto of the ensemble that includes Patrick Huard, Suzanne Clément, Irdens Exantus, and Micheline Lanctôt. It’s zany, perceptive comedy. 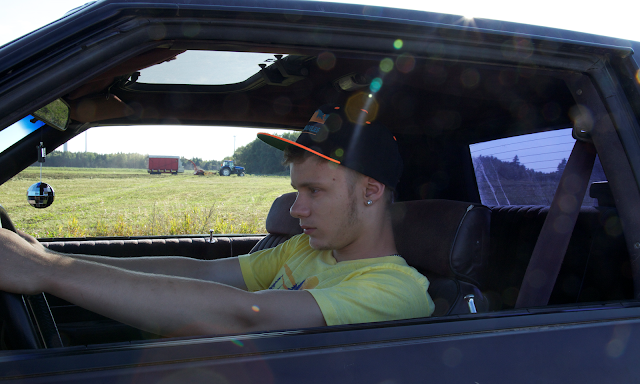 5. The Sound of Trees

This wonderful slice-of-life drama isn’t getting much of a shot outside Quebec, aside from a win at the Vancouver International Film Festival, and that’s a darn shame. Every year, Québécois cinema usually produces a few films with distinctly regional flavour, but this elegiac story of a father (Roy Dupuis, in his best performance since The Rocket) and a son (Antoine L’Écuyer, in a mature performance) feels like one of the best films to capture the existential dilemma of this generation. What kind of future does the tradition hold for rural lads like Jérémie when home takes on a new hue and opportunity calls from elsewhere. In way, The Sound of Trees offers a fine companion piece to Brooklyn about the quintessentially Canadian theme of leaving home in search for better prospects elsewhere as Jérémie and his father reach the turning point for a family legacy 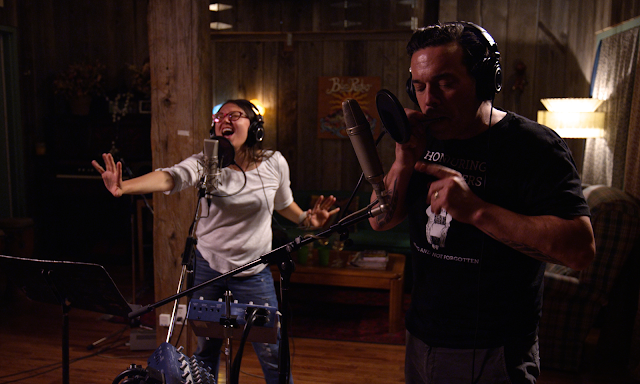 Al Purdy Was Here shares a certain affinity with The Sound of Trees in that it lovingly captures a down-to-earth character of regional poetry. This refreshing documentary by film critic and filmmaker Brian D. Johnson manages to be both a great study of the role that a canon plays in national culture and unabashed celebration of a Canadian icon, the late poet Al Purdy. The film pulls together interviews with literary greats like Margaret Atwood and vocal performances by the likes of Tanya Tagaq, Sarah Harmer, and Gord Downey to pay tribute to Purdy’s poems, but a droll fake Twitter account for the Purdy statue in Toronto easily steals the show and adds another layer of popular appeal to Purdy’s poems. Al Purdy Was Here gives space to a conversation that doesn’t happen enough with the level of pride and intelligence on display here. 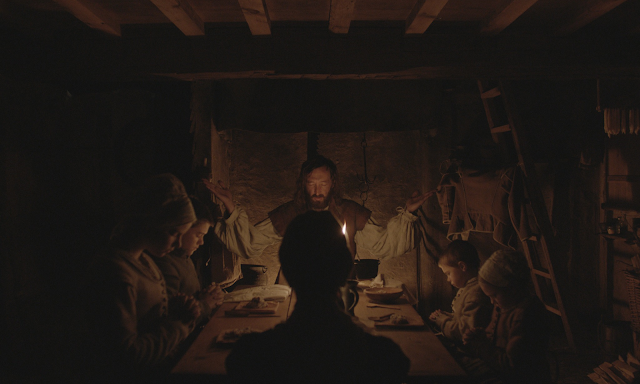 Canadian film lives deliciously in 2015 thanks to The Witch, which joined Brooklyn in making a thunderous splash for Canuck co-production at festivals like Sundance and TIFF this year. The US-Canadian co-pro The Witch might be the best non-Cronenberg horror movie ever to come out of this country. American director Robert Eggers makes chilling use of the Canadian landscape as this Mattawa-shot film offers Gothicism at its finest. The Witch resembles an adaptation of The Crucible by Michael Haneke as Eggers’ remarkable vision create blood-curdling terror through atmosphere, character, and the formality of Puritan America that puts young girls on trial simply for becoming women. Best of all amongst The Witch’s spectacular use of the natural elements is the film’s use of animals as possessed creatures that harbour the kind of evil that humans can only imagine. Goats will never look the same to anyone after they encounter Black Phillip. 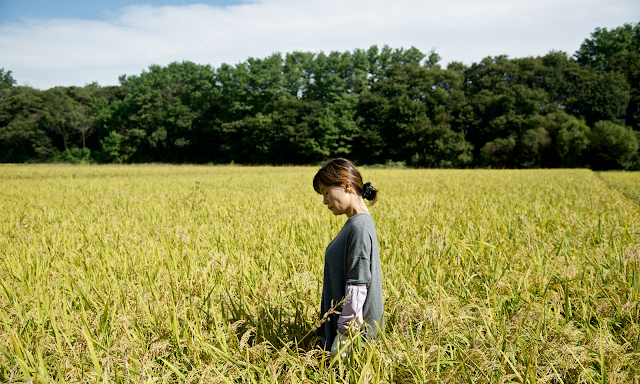 This breakout film by Albert Shin is an exceptionally promising piece. Driven by three solid performances by actresses Ji-hye Ahn, Da-kyung Yoon, and Hae-yeon Ki and a deftly plotted screenplay that turns the audience’s sympathy and allegiance against each of the three women at different turns, In Her Place is an eye-opening human drama. In the vein of Incendies and Rebelle, In Her Place finds an amply resonant tale by looking outside Canadian borders and finding a vital story that should hit close to home for anyone even if it takes place in a foreign land. The urgency of the story, in which one woman buys the child of another, gives the drama an extra sting as the deeply humane performances create three anonymous women who could be any women within a larger international cycle of privilege, poverty, and power. Few films deliver such a punch of raw power. I expect to see many more of Shin’s films on future lists. 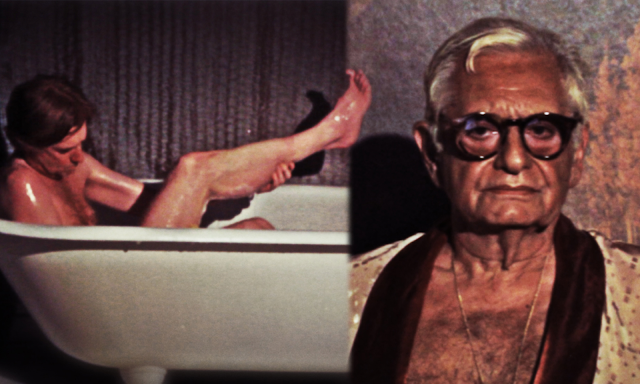 Does The Forbidden Room make sense? Sometimes. Not at first, and not especially so thirty minutes later, but neither do dreams, and dreams are rarely this enjoyable to decipher. Only the crack-out mind of Guy Maddin could concoct something as wild and out to lunch as The Forbidden Room and have the audacity to pull it off. Maddin works extremely well with co-director Evan Johnson, who also shares directing credits on the equally bonkers Bring Me the Head of Tim Horton, and the filmmakers take the originality of Maddin’s singular and eccentric style to its fullest and, one could argue, most accessible heights. It’s weird to call The Forbidden Room accessible since it’s likely to inspire a great deal of moviegoers to run screaming from the theatres, but the depths of the subconscious world are so vividly realized and tailored in cinematic trimmings that the world of The Forbidden Room is actually quite easy to navigate if one makes the effort. It might be the culmination of Maddin’s career-long fascination with classic and avant-garde cinema, and that says a lot.

Honourable mentions (in alphabetical order): The Anima Profile, Bang Bang Baby, Cast No Shadow,  Felix and Meira, Gurov and Anna, How to Change the World, Invention, Sleeping Giant, Two 4 One, Welcome to FL.


What are your favourite Canadian films of 2015?