2015 in Review: The Best Performances of the Year


Here, in ascending order, are Cinemablographer.com’s picks for the ten best performances in supporting roles of 2015: 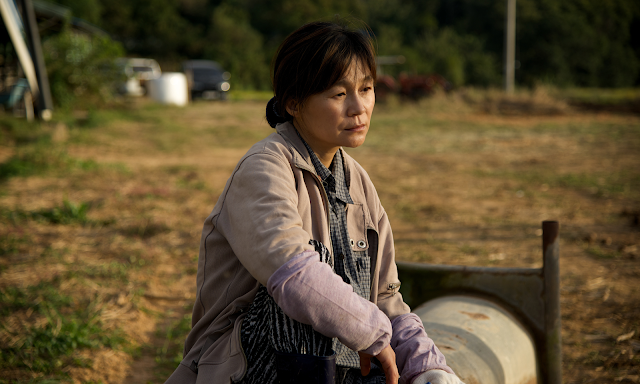 Hae-yeon Ki is the secret weapon of a very powerful film. Playing a mother who encourages her daughter to sell off her unborn child, she’s a peripheral and often unlikable character. But when In Her Place turns its gaze to her in the epilogue, her sense of loss floors us with devastating power. 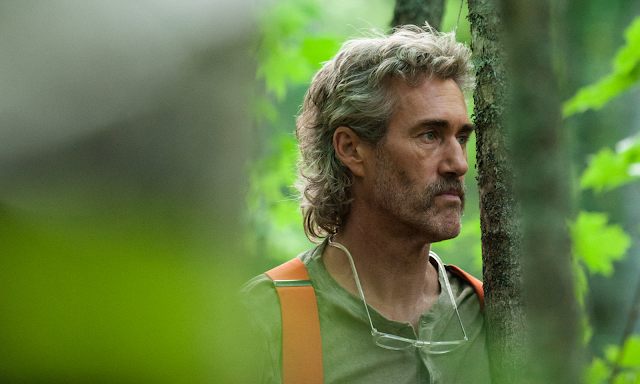 9. Roy Dupuis in The Sound of Trees

Dupuis gives three notable turns in Canadian films this year with There Where Atilla Passes…, The Forbidden Room, and The Sound of Trees, but his work in the latter film is subtle and wise. As the rugged and kind father, Dupuis creates a man who sadly feels like the last of a fading breed. 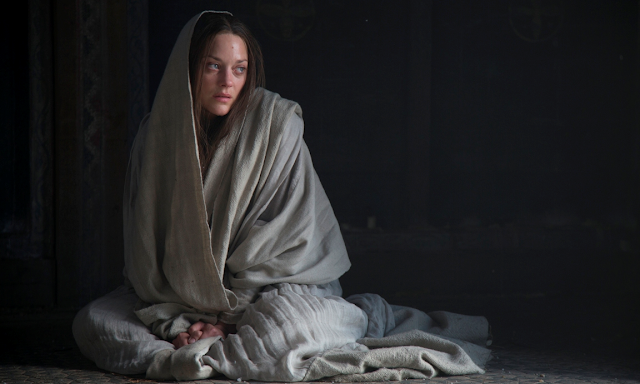 La Marion makes this list once again with her inspired performance as Lady Macbeth. As the power-hungry mail-order bride to Michael Fassbender’s Macbeth, Cotillard is fearlessly in control. Her reading of Lady Macbeth’s final soliloquy is unexpectedly jarring. One would think Will wrote the part with her in mind! 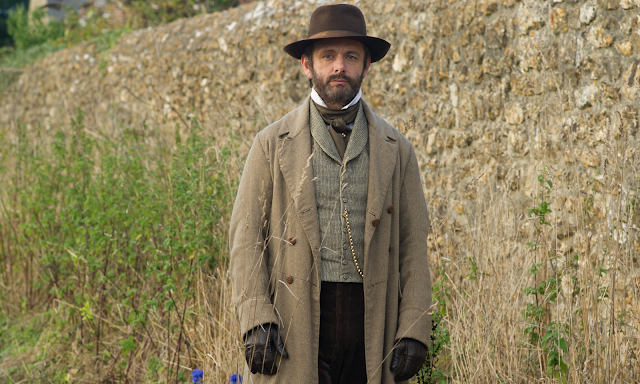 7. Michael Sheen in Far from the Madding Crowd

Michael Sheen joins Carey Mulligan in giving Far from the Madding Crowd a unique reading on a timeless story. His Boldwood still suffers from crippling insecurity and madness, but whereas one could easily create an entitled boor, his take offers a sympathetic man undone by self-doubt. 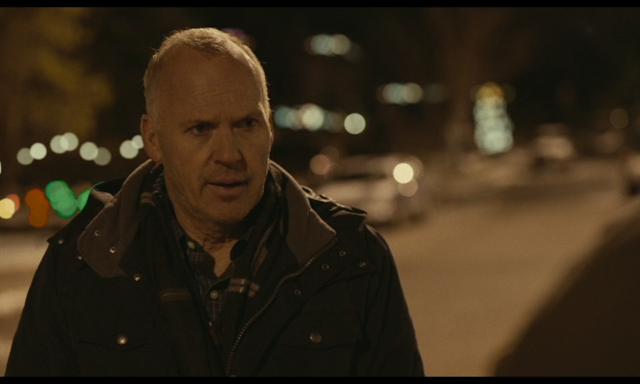 Keaton continues his comeback with his cool and even-handed turn as editor Walter ‘Robby’ Robinson. While other members of the cast get the more outwardly expressive parts, Spotlight demands Keaton’s coolness to keep emotions in line with the facts. He’s Spotlight’s anchor. 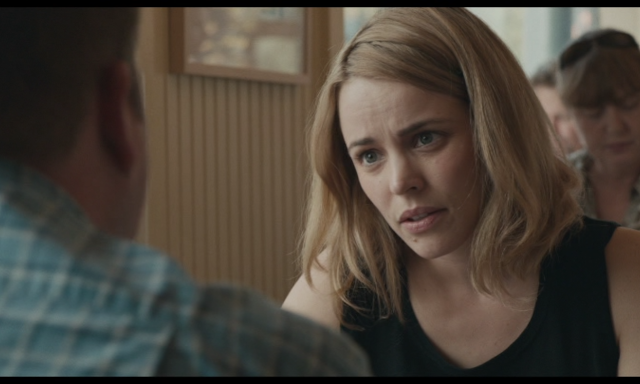 The standout in one of the year’s best ensembles, McAdams brings a credible amount of empathy to her performance as Boston Globe journalist Sacha Pfeiffer. Through her eyes, Spotlight relates to the victims, but affords the film a reporter’s objectivity. She’s the MVP of an outstanding cast. 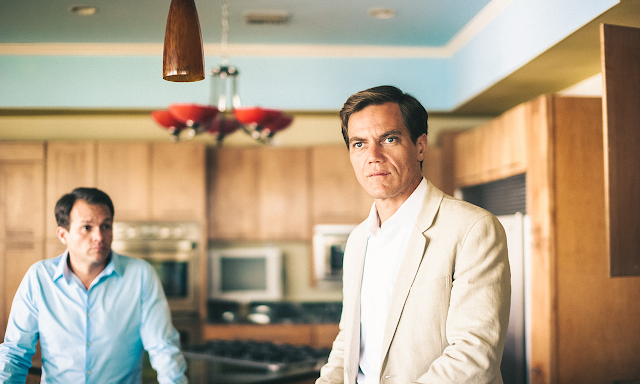 Shannon plays an asshole extraordinaire in 99 Homes as the e-cigarette smoking one percenter. Shannon looks mean to the point of exploding in 99 Homes. He’s the year’s best villain—and chillingly so since his greedy sleazebag is easily someone one could encounter in the streets. 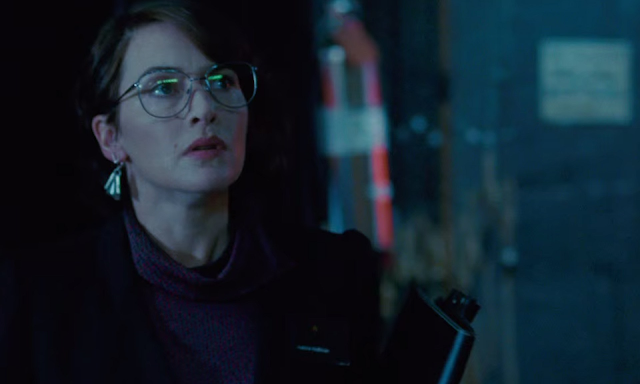 Winslet and Michael Fassbender have wonderful chemistry in Steve Jobs, weirdly so since Winslet’s Polish-inflected performance as Jobs’ marketing lead Joanna Hoffman is a deeply humane against her boss’s closed circuitry. Winslet speaks wonderful Sorkinese, too, as she and Fassbender grab the rhythm of the film’s snappy screenplay. 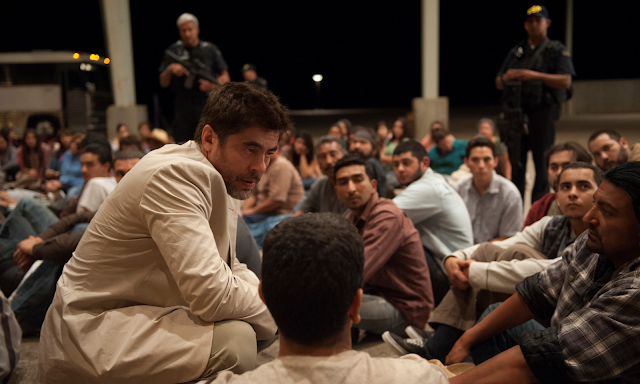 A mean, stealthy performance, Benicio Del Toro’s turn as an ambiguous lawmaker gives the heart-pounding Sicario it most adrenaline-pumping moments. His cartel chameleon takes the film to another level. He sneaks up on Sicario like a bullet silently shot from afar. 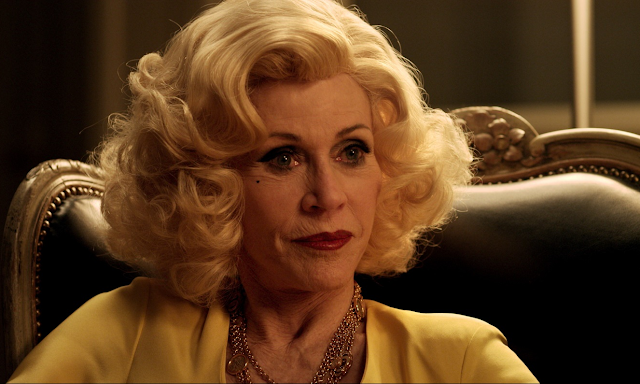 Jane Fonda’s performance in Youth proves that no role is too small. The whole of Youth builds to the appearance of Fonda’s starlet Brenda, as Fred (Michael Caine) and Mick (Harvey Keitel) reminisce about her and extol her greatness. When she finally appears, Fonda changes the energy of Youth altogether. As a vulgar woman wigged out in a blond ’do and heavy make-up, Fonda’s Brenda is a stark reminder that life doesn’t reveal itself through rose-coloured glasses. As she puts the most acerbic spin on the word ‘shit’ that audiences will ever hear, Fonda startlingly and passionately creates a survivor who makes no excuses for the life she’s lived. Brenda’s grit and moxie ultimately reframes at least one of the characters and one’s perception of Youth overall as she turns the film on its head in a single scene and two brief, yet powerful, shots. There is acting and then there is ACTING.

And, in ascending order, are Cinemablographer.com’s picks for the ten best performances in lead roles of 2015: 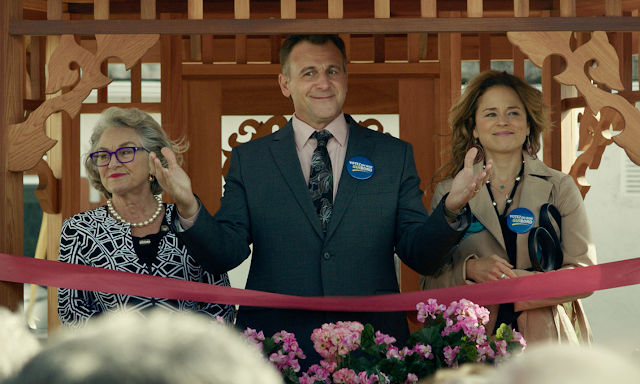 10. Patrick Huard in My Internship in Canada

Huard once again proves himself one of Canada’s best comedic actors with his hilarious performance as the Canadian everyman Steve Guibord. Channelling the gusto of Canada’s political circus with the hint of the common hockey hoser, his amiable goof gets my vote. 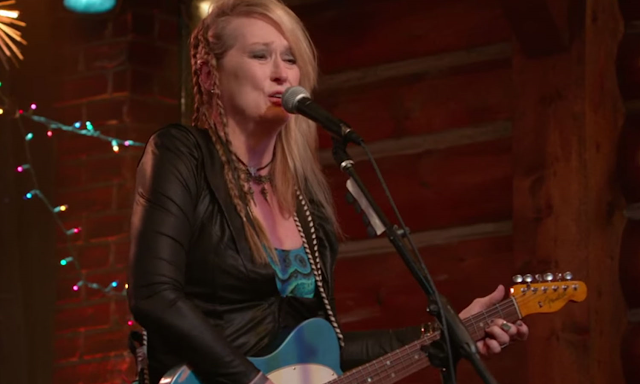 9. Meryl Streep in Ricki and the Flash

Streep proves that there’s no role she can’t play. Rocking out to Springsteen and then breaking my heart with her acoustic ditties, Streep shows the range of her skills as performs musical numbers with dramatic depth. It also looks like she’s having a great time playing Ricki Randazzo, and it’s a joy to watch her onscreen with daughter Mamie Gummer, who looks to have the Streep genes. 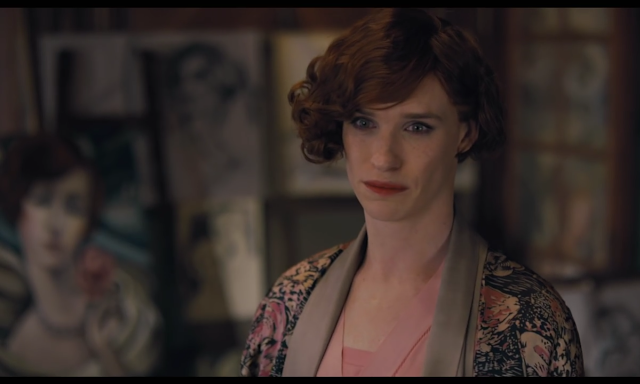 8. Eddie Redmayne in The Danish Girl

Yes, Eddie Redmayne’s performance as Lili Elbe deserves to be called “brave”—not because he plays a transgendered character, but because he puts so much of himself on the line while doing so. The role tasks Redmayne with putting his body and sexuality on display as he makes himself look uncomfortable in his own skin as Lili breaks through like a flower sprouting from the ground. 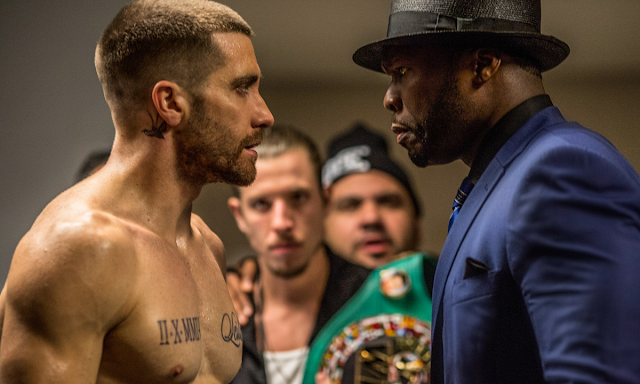 This performance roars with passion and fury. Gyllenhaal gives a phenomenally physical performance as beat-down boxer Billy Hope and as he picks himself up from his despair and works the ring in his best performance to date. Considering his turn as the gaunt and wiry nightcrawler last year, Gyllenhaal deserves more credit for his ability to transform both physically and mentally. 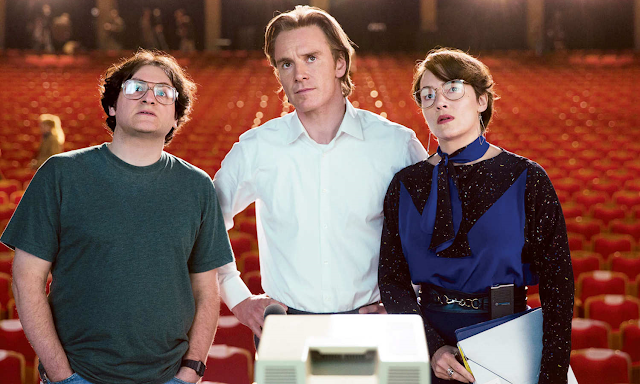 Steve Jobs, as Fassbender shows, is an asshole, but he’s not necessarily a bad person. Creating the Apple icon like a man who desires to make himself the prototype for Apple’s end-to-end circuitry, Fassbender lets the audience admire Jobs for his drive, confidence, and perseverance, but also sympathize with all the man lost while detaching himself from the humans around him. 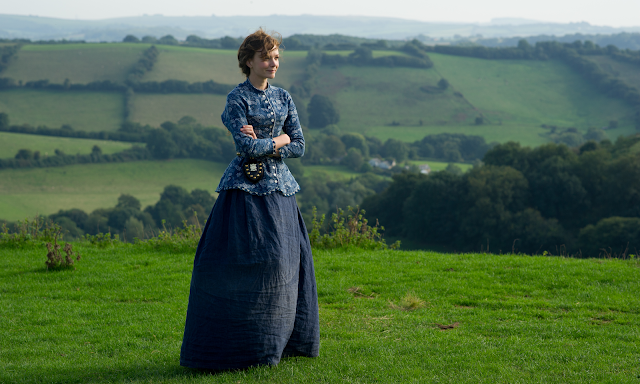 5. Carey Mulligan in Far from the Madding Crowd

Mulligan is one of the year’s MVPs with Suffragette on résumé and her performance as Bathsheba Everdene (no relation to Katniss) gives a classic heroine a decidedly contemporary reading while staying true to the manner of Thomas Hardy’s original. Her performance even outdoes Julie Christie’s iconic take on the character and rightly deserves to stand as the definitive Bathsheba. 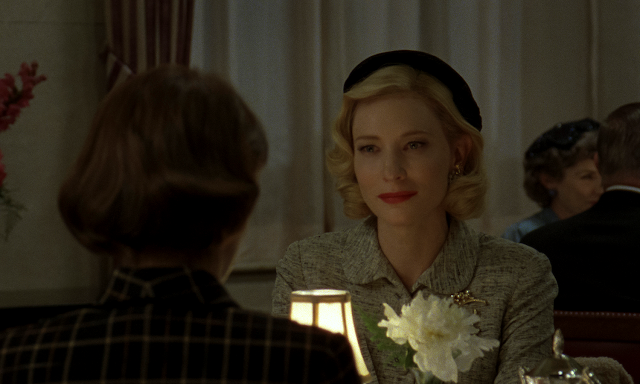 Just thinking about Carol fills one with a warm fluttery feeling. Blanchett gives a master class in nuance and subtlety with her performance of restrained desire as Carol Aird. She loads every gesture with emotion as Carol fights for the love she needs, wants, and deserves, and by containing her emotions so beautifully under Carol’s perfect composure, she and co-star Rooney Mara bring the film to an enthralling climax of fully realized love. 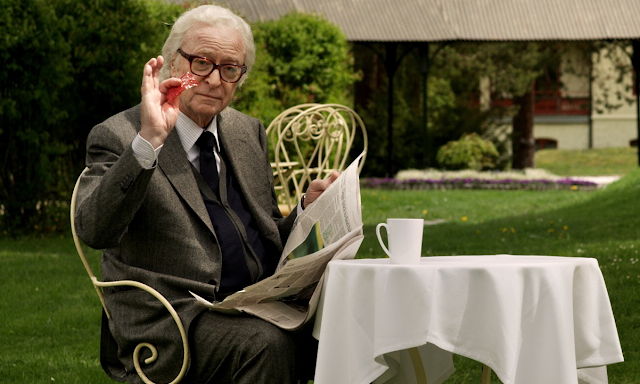 Like Cate Blanchett in Carol, Michael Caine’s performance as Fred, the aging composer of Youth, rewards through minutia. His Fred is vulnerable, yet reserved and collected as he reflects upon his legacy at a Swiss spa. Caine’s performance captures an artist’s power for observation as Fred finds music all around him, reclaims the passion of youth as the music swells within him, and teaches him to embrace life by looking forward instead of back. His final turn conducting the performance of “Simple Song #3” is a coup of grace and humility. 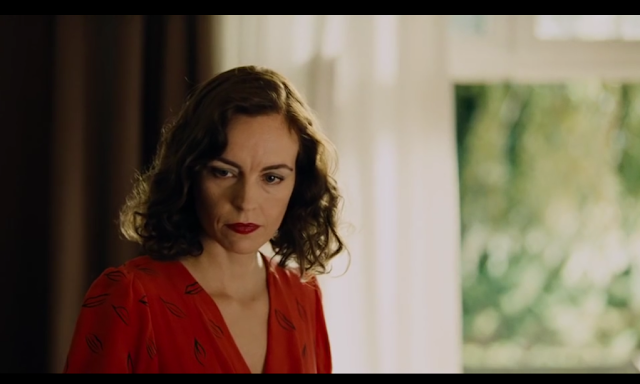 Hoss is the boss. Nina Hoss surprises once again with her mesmerizing and mysterious performance as Nelly, a Holocaust survivor who rises from shadows like an enigmatic Hitchcockian femme fatale. The role challenges Hoss with playing a woman who must find herself and lose herself again as she plays a doppelgänger in disguise. Phoenix culminates with a showstopper of a musical performance as Nelly regains her voice and defiantly finds a harmony for the conflicting allegiances and desires with which she wrestles. Her performance of “Speak Low” give Phoenix one badass mic drop of a finale. 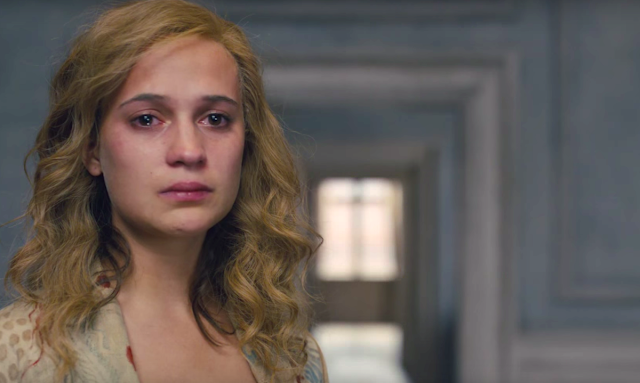 1. Alicia Vikander in The Danish Girl

It saddens me that award season politics have changed the conversation surrounding Alicia Vikander’s performance in The Danish Girl to whether she gives a ‘lead’ or ‘supporting’ performance from how spectacularly she steals the film from Eddie Redmayne. I understand why Focus Features made the call to campaign Vikander as a supporting performer so as not to compete with Suffragette’s Carey Mulligan, but this performance should only be discussed for its merits. Simply put, Vikander is the performer of the year with her great body of work that includes Ex Machina and The Man from U.N.C.L.E. Her performance as Gerda in The Danish Girl is the culmination of work from an actress who’s been breaking hearts since Anna Karenina. As the devoted wife who struggles to let go of love as she watches her husband shed male skin, Vikander gives an effortlessly humane and immensely relatable evocation of selfless love. This beautiful performance reminds the audience that love knows no boundaries.

Honourable mentions (in alphabetical order): Cate Blanchett in Truth, Emily Blunt in Sicario, Suzanne Clément in Sitting on the Edge of Marlene, Greta Gerwig in Mistress America, Ji-hye Ahn in In Her Place, Jennifer Jason Leigh in The Hateful Eight, Rooney Mara in Carol, Charlotte Rampling in 45 Years, Margot Robbie in Z for Zachariah, Julia Roberts in Secret in Their Eyes, Saoirse Ronan in Brooklyn, Amy Schumer and Tilda Swinton in Trainwreck, the cast of Youth.

What are your favourite performances of 2015?

Up next: The best films of the year.