2015 isn’t the worst year for movies we’ve seen in a while. It’s not the best and not the worst, but maybe the weirdest. Many of the bigger films this year are hardly worth seeing anymore, so indifference to the studio stuff somewhat saves the year for me, but it’s a weird year since 2015 has so many duds even if one sticks to the indies. There’s a hearty mix of crap this year thanks to the joint efforts of the heavy-hitters, the indies, the doc scene, and the cheap Canadian movie crowd. Nothing is immune to turkeydom.


Here are my picks for the worst films of 2015. It says a lot that Fifty Shades of Grey doesn’t even make the list. I think the biggest disappointment of the titles listed below is that many of the year’s worst films aren’t mindless popcorn flicks churned out for profit. Rather, many of them are smaller films that don’t do their subjects justice. In some cases, these films are documentaries that exploit the people onscreen or find a great topic and fail to do anything with it. There are big movies here, but also lo-fi passion projects that tell moviegoers that digital democracy might ultimately be a bad thing, since so many sub-par films make their ways through production to self-distribution, clog the system, and prevent legitimately great indie efforts from being discovered. But the worst offender was the biggest of them all. 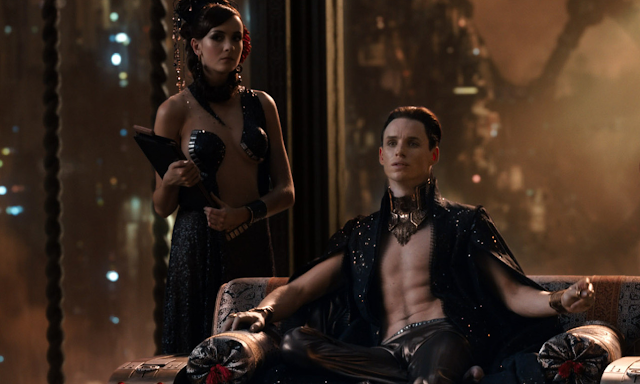 No film better represents the garbage of 2015 than Jupiter Ascending does. This loud, big, dumb, flashy, stupid, and obnoxiously expensive waste of money represents every worst facet of studio filmmaking. It’s a mindless and nonsensical VFX opera of cinematic self-indulgence by the Wachowski siblings, and every scene reeks of Warner Bros’ attempt to salvage a terrible film simply by throwing more money at it. No amount of CGI can save Eddie Redmayne’s hysterically bad performance here, nor can the snazzy bonus of 3D glasses add dimensions to a film that is superficially tragic. I’m officially done with the Wachowskis. 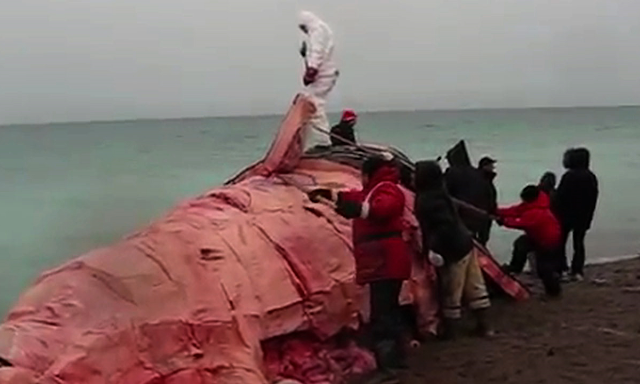 Dominic Gagnon probably has fair intentions with his collage of embarrassing videos that should remind everyone that privacy is a moot point on the Internet. In the process of doing this, though, of the North exploits the northern residents whose videos it samples without their knowledge or consent. What transpires is a kind of half-assed sociology and armchair colonialism as the film builds an unflattering—an unfair—portrait of the north using dubiously selected snippets to create an impression of the whole. 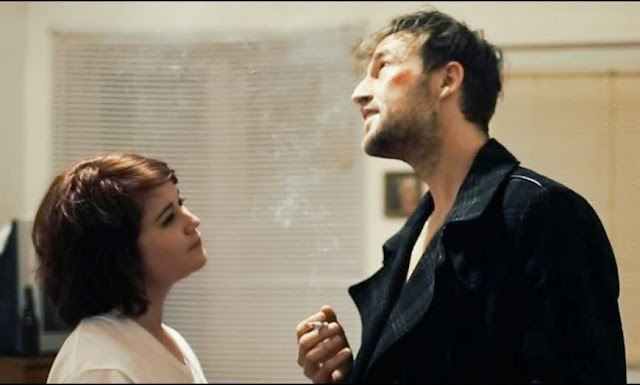 Just because anyone can make a movie and put it on Vimeo VOD doesn’t mean that everyone should. 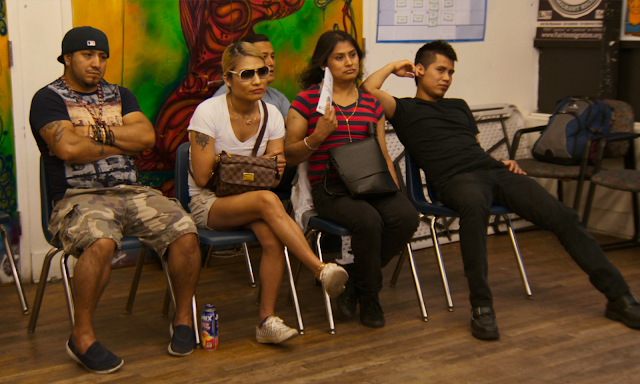 The acclaim for In Jackson Heights frustrates me. The praise seems like unquestioned devotion to the great Fred Wiseman, but the film shows his signature observation in its most insufferable form. The thesis of his film—that New York neighbourhood Jackson Heights is like a microcosm of America and the world with its rich diversity—is self-evident within the first five minutes, so the 187 minutes that follow are excruciatingly self-serving. It’s the closest I’ve ever come to walking out of a movie at TIFF. Blind devotion to a great director is the only plausible explanation for the praise this film receives. 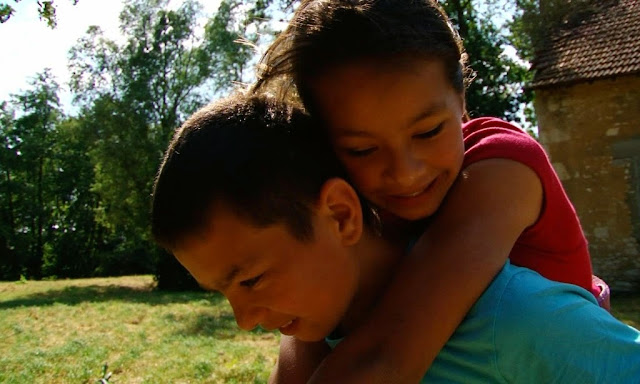 Documentaries about screaming children have good intentions, but PLEASE remember to use a professional microphone whilst capturing all their shrill howling. 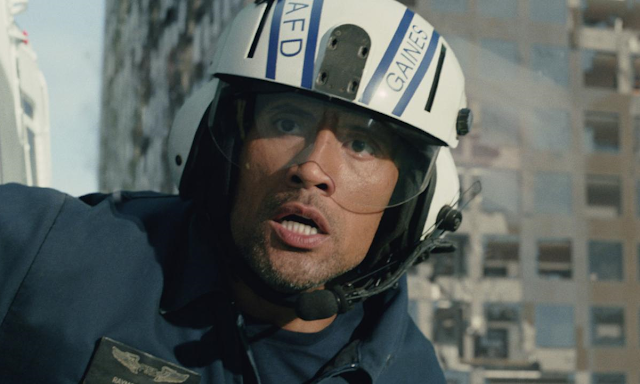 A 9/11 parable feature The Rock, Kylie Minogue, and a crazy body count: what a disaster. 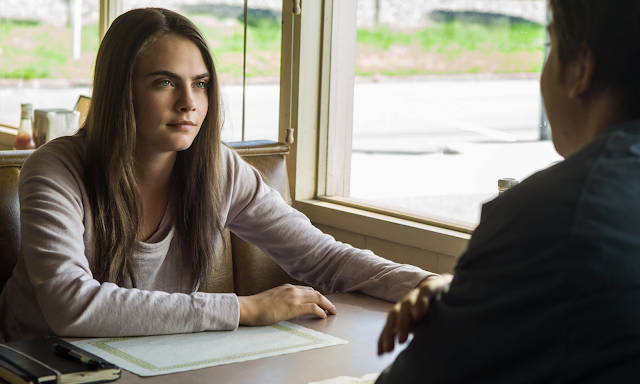 Paper Towns, the book, isn’t as awful as the film is, but even paper has more depth than Cara Delevigne does. 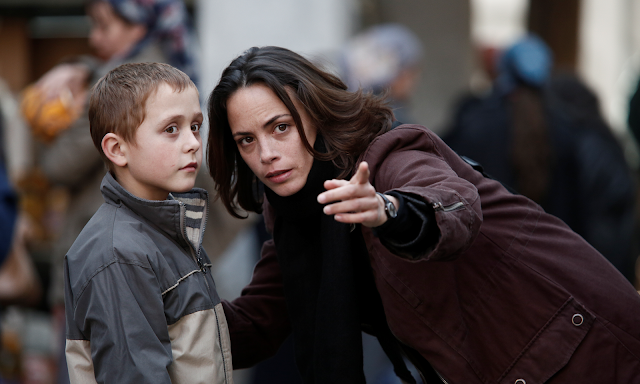 Michel Hazanavicius follows his Oscar-winner for Best Picture, The Artist, with the ploddingly awful The Search. The director excels with the pastiche and whimsy of films like The Artist and the OSS 117 movies, but give he finds himself way out of his element in this sentimental war drama. Even Annette Bening looks completely bored here. 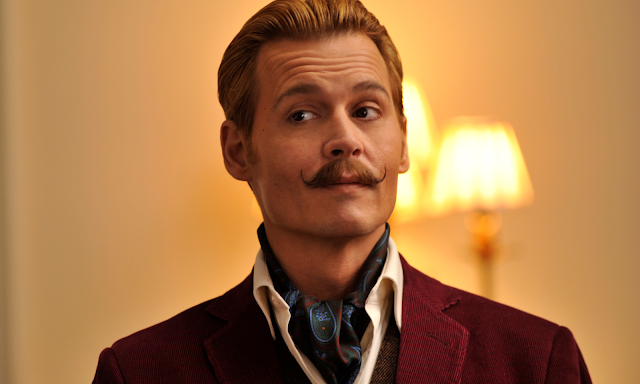 Johnny Depp hits a career low with Mortdecai as he plays two hours of mustache jokes and fails to land a decent laugh for any of them. Rarely do star vehicles bomb as badly as Mortdecai does. It’s the gravest offense of prostitution on Depp’s résumé after his previous convictions for Charlie and the Chocolate Factory, Alice in Wonderland, Dark Shadows, and other misdemeanours. 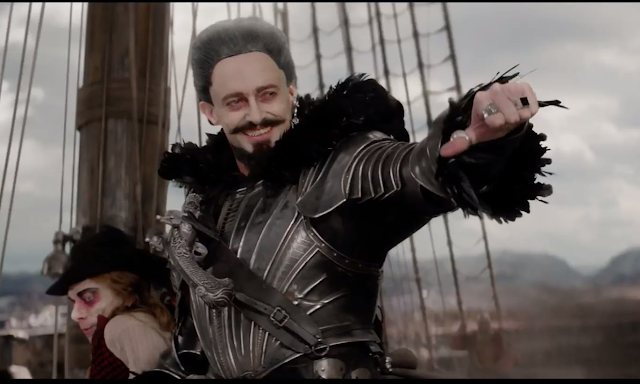 What are 2015’s biggest turkeys for you?