Part 4 of “Notes from the Screener Pile,” as offers drugs, thugs, and more drugs!

When it comes to acting, there are few pleasures as great as seeing an actor do something completely unexpected. I tip my hat to Sarah Silverman for playing against type as a self-destructive woman who self-medicates her mental illness with a dangerous prescription of booze, drugs, and sex. Silverman lays herself bare in I Smile Back and it’s a humane, vulnerable, and utterly disarming performance. Silverman long ago established herself a fine comedian, but with I Smile Back she proves herself a bold actor.

Perhaps the most surprising element to this performance is how much of Silverman’s strengths as a comic actor come through while taking a role that veers from her overall body of work. As the temperamental and depressed Laney, Silverman’s comedic timing and wry delivery show that a lightness and humour exists somewhere within the shell that Laney builds around herself, and Silverman uses her chops as a comedienne to build a layer around her character. Rather than protect herself, though, her quick tongue builds a buffer and lets nobody in. The film itself struggles with the bleakness of the material and often amounts to a gruel slog, but the strength of Silverman’s performance gives the audience a woman whom they want to see emerge from the darkness of her despair.

I Smile Back is now playing in theatres.
It opens in Ottawa at The Mayfair on Dec. 11. 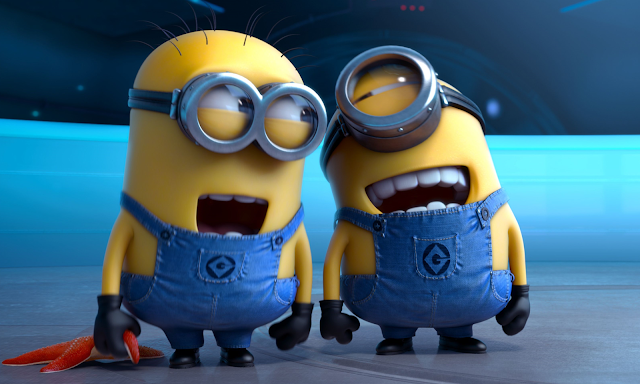 The yellow thugs of Despicable Me get their own movie! Yes, those annoying minions keep on truckin’ in an origins’ story for a franchise that overstayed its welcome with just one previous sequel. Minions lets the wannabe henchmen who speak gibberish run amok as they descend on VillianCon in search of a leader. Cue Sandra Bullock as a baddie named Scarlett Overkill and Jon Hamm as her husband Herb, and the minions find their master in the days leading up to Gru. The premise of Minions dictates that the film falls to the same clumsiness that hits the other films in the franchise as characters reference their villainy. (Minions, like Despicable Me and Despicable Me 2 is far too self-conscious.) Being able to root for the baddies has a few perks, like juicy voice roles for Bullock and Hamm, but the babble of the minions remains a one-note joke that grew tired in 2010.

Minions is now playing in theatres. 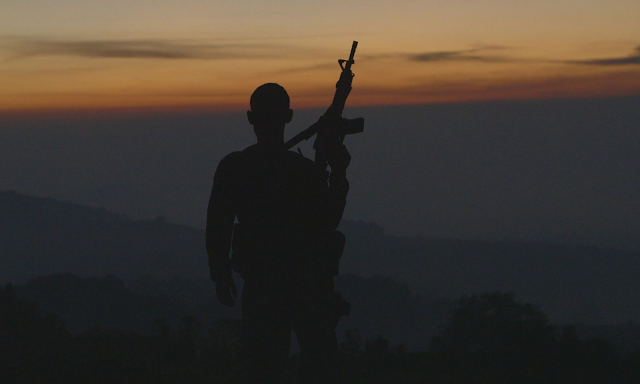 Cartel Land yields one of the most impressive contenders from the screener pile. Anyone who praises the sting of Sicario’s bullet simply most watch this extraordinary doc. Cartel Land tackles the drug trade with a punch of bravura non-fiction filmmaking. Director Matthew Heineman, who won the Best Director prize at Sundance for the film, engages with various parties of the drug trade on both sides of the USA/Mexico border. As with Sicario, Cartel Land portrays the drug trade as a futile war and a twisted mess of violence, misery, and corruption.

Heineman follows Tim Foley, an American officer in the war on drugs, who works with the Arizona Border Recon and protects the land, dubbed “Cocaine Alley,” from being infiltrated by the cartels. Foley sees a war of escalating violence in which the baddies have bigger guns and more ammunition. The officers are tied, however, by the technicalities of the law and the burdens of the system: the cartels don’t play by the rules, so they’re always ahead.

Cartel Land takes its camera where officers in the war on drugs cannot tread. Heineman gets access to players in the drug trade in Mexico, largely lower-level cooks who give the director some insider information as they cook batches of drugs to be shipped off to kids in the States. As the chemical smoke swirls in the moonlight and drug gasses create some of the most arresting cinematography in a doc this year, one must simply watch Cartel Land and be in awe of the access. Similarly, the film shadows a doctor leading a civil resistance against the cartels, and the film captures the complexity of a war that must be fought in grey areas. However, while some filmmakers simply rely on the laurels of the “get” of a good interview, Heineman goes further and adds the voices of the families who’ve been devastated by the drug trade. Parents describe children they’ve lost. A woman recalls a kidnapping. Families speak of cyclical violence and show fear of the cartels.

The film offers no solution to the problem because, at present, one doesn’t exist. It’s all a case of supply and demand, and, as Cartel Land shows us the incalculable losses of the drug trade, it omits one voice—the users—who could take the first step. This raw, brutal, and incendiary film is one strong doc.