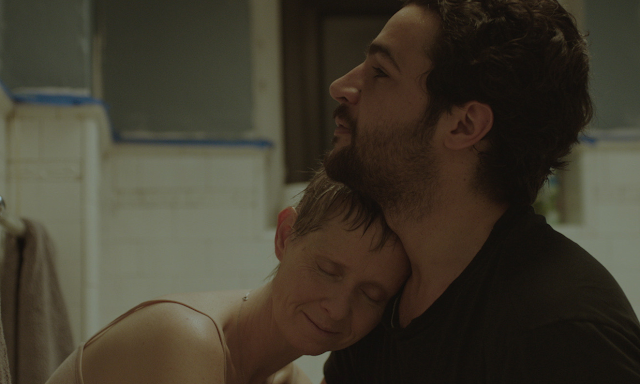 The spirit of the angry young man endures in James White! This gut-punch of a drama is independent filmmaking stripped and raw as writer/director Josh Mond makes an auspicious directorial debut after producing strong films like Martha Marcy May Marlene. James White firmly relies on two exceptional performances and a compelling script that engages the viewer from beginning to end. It’s a quietly powerful film.

Abbott gives a breakout performance as the title character, who is a directionless ruffian fueled by a reckless drive for self-medication following his father’s death and the news that his mother (Cynthia Nixon) has little time to live now that her cancer has returned. Abbott takes the viewer through an emotionally exhausting coming-of-age tale as James White dabbles in sex, drugs, and all-around freeloading. It’s the move that Eden wants to be with its portrait of a lost generation, but James White finds its power through one key loss: that of the mother who has been James’s guiding light during his lost years. The film gets special strength in Cynthia Nixon’s subtly devastating performance as James’s ailing mother. One centrepiece scene sees James carry his mom to the bathroom as she weakens in her final days and it’s one of the most heartbreaking, yet breathtakingly intimate scenes of the year. This bare-knuckle drama hits straight to the heart. 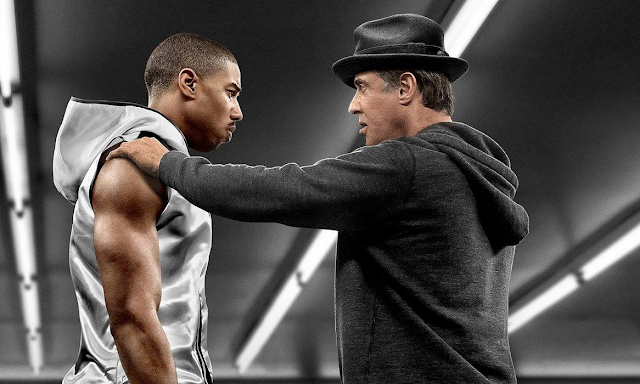 From bare-knuckle punches to professional boxing, “Notes from the Screener Pile” puts up its dukes for yet another Rocky movie. But wait! This one doesn’t completely suck.

Yes, Creed brings back the tired franchise of Rocky Balboa and the film gives the series new life as Ryan Coogler (Fruitvale Station) devises both a sequel and a spin-off. Creed puts Rocky (Sly) in the corner as the son of his former rival Apollo Creed seeks Rocky out for training. That young whippersnapper is Adonis Johnson (Michael B. Jordan) and he throws a mean punch just like his daddy did.

Creed doesn’t do much to break from the mould of previous Rocky movies and virtually every other boxing movie ever made, but the formula of an underdog rising to the top through hard work and dedication offers a model that rouses considerable spirit. The film differs, though, by bringing a notably diverse cast to the screen in a major studio effort. Jordan gives an impressive physical feat, although one never quite forgets that it’s a performance, as he creates a scrappy new contemporary for Rocky. As Rocky, Stallone arguably gives the most surprising work of his career as the character shows his age for the first time. Creed is mostly memorable for breaking away from films about unflappable heroes, for this film shows Rocky as a vulnerable aging man. Rocky sets sick. Rocky stumbles. Rocky cries. Stallone opens up more than he ever has before with Creed, and it’s to his credit that the Rocky franchise throws its most unexpected punch since the 1976 original.

*Not a screener, but sometimes it’s nice to do award season catch-up in a theatre! 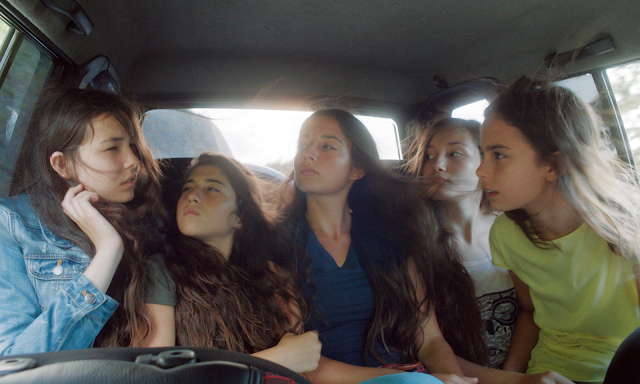 Mustang is France’s official submission in this year’s Oscar race for Best Foreign Language Film, and it’s refreshing to see such a lovely and authentic film benefit from the exposure. This feature debut by Deniz Gamze Ergüven captures the pulse of a film scene that demands more films by and about women. It’s a revitalizing coming of age drama set in Turkey in which five sisters grow up under the patriarchal control of their family and culture. Mustang sees this story largely through the eyes of the youngest sister, Lana (Gunes Sensoy), as she watches her parents marry off her sisters. The girls all feel the suffocating pressure they face as their elders ready them to be nothing but servants for their future husbands, and Ergüven infuses each scene with a need for release as the girls burst with life that cannot be contained by the standards of their society. The performances by the five young actresses are uniformly excellent, but Sensoy is especially remarkable as the young girl who longs to run free and escape the life that awaits her. This deft, moving, and lively film shows much promise for the future.

Also on tap for catch-up: Macbeth, Carol and repeat viewings of The Danish Girl (holds up) and Brooklyn (gets even better!)