The last few days of pre-voting catch-up (see the full list of OFCS award winners here) includes a few rentals from the iTunes and one major disappointment. 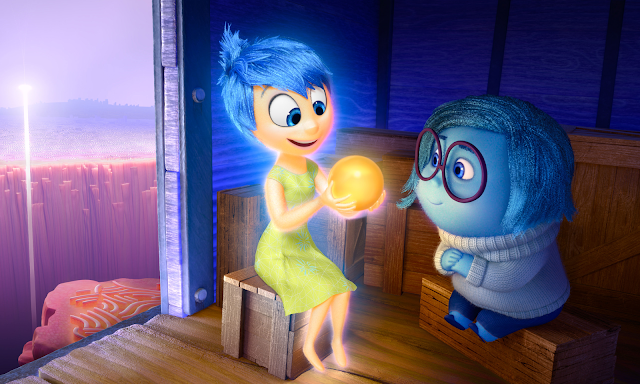 Call me a pessimist, but the Pixar movie about the power of positive thinking is the most annoying film that the animation behemoth has ever made. Inside Out is a gimmicky film that lumbers under the weight of its premise as the emotional drives within a young girl named Riley (Kaitlyn Dias) try to keep her spirits afloat. Joy (Amy Poehler) plays the Energizer Bunny of Riley’s brain while Sadness (Phyllis Smith) is the party pooper who keeps transforming Riley’s good vibes into single tears. The lazy screenplay offers no motivation for Sadness’s mania for touching all of Riley’s memories and turning them into downers with her Midas touch. The excuse of “I just want to touch them!” wears thin quickly, and Smith’s annoying performance doesn’t help one accept the feeble reply.

Inside Out proves too conceptual for a film that caters to a young audience as the story of the emotional drives and workings of the mind stumbles as it connects the dots on the self-consciousness scale. The film also simplifies its characters too much in search of cheap laughs, most notably with the overly simplistic gender stereotypes that Riley’s parents embody, and it creates one-dimensional characters in turn despite the premise that every personality is a dense structure. Inside Out tries its best to offer an elaborately layered world that adults can appreciate just as much as young viewers do, but it is too aware of its own machinery and the premise is far too emotionally manipulative, especially for a kids’ movie. The animation, similarly, is less impressive than previous Pixar efforts, as the characters inside Riley’s mind appear as fuzzy figures, while the human characters still look like waxy dead people. Sometimes an unassuming concept, like a fish that needs to find its way home, allows Pixar to achieve the best of both worlds instead of struggling to find a middle road between complexity and simplicity.

Inside Out is now available on home video. 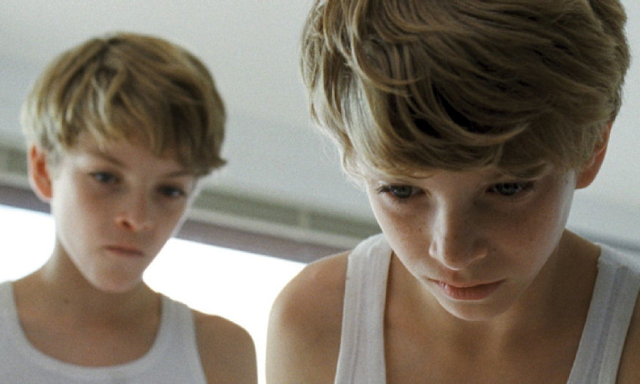 Austria makes a bold choice with its official submission in the Best Foreign Language Film race with Goodnight Mommy. The film offers a fascinating tale about the complex emotions with which youngsters wrestle, especially if one screens it back-to-back with Inside Out. Goodnight Mommy, like Inside Out, presents a child overwhelmed with sadness, but this time twins Lukas and Elias (played by brothers Lukas and Elias Schwarz) refuse to let joy turn their frown upside down. They instead find pleasure in the perverse joy that fear brings to their summer when their days of playing in the fields outside their secluded town go dark and they worry that the bandaged woman living in their home might not be their real mommy. Mommy finds these twins to be double trouble as the kids turn to their own imaginations and ruthlessly decide to put her to the test.

Goodnight Mommy builds its tale of lost childhood with a complex simmer as Lukas and Elias slowly speculate that mommy isn’t the real deal. The slow burn of the film makes the final act of violence with which the film culminates a powerful and visceral horror show. Every frame of the film has a sense of dread that mounts and mounts. The chill of Goodnight Mommy, however, isn’t the squirm-inducing graphic violence (although there’s plenty of that), but rather the apparition of a powerful ghost story that appears in its final frames. It’s haunting Euro-horror for anyone in search of a good “family movie” this holiday season!