'of the North' Is Armchair Colonialism 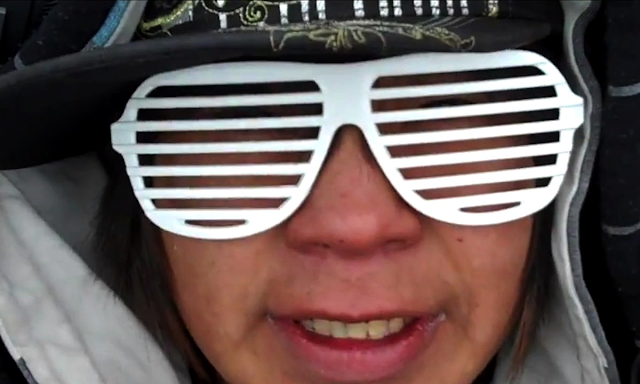 The ghost of Nanook of the North haunts Dominic Gagnon’s archival doc of the North. From the words of its title to the reckless representation of the Inuit, of the North shows that documentary still has a lot to learn since the days of Nanook when it comes to representation diverse cultures fairly and objectively. Gagnon culls together a portrait of life in the Canadian north with a series of YouTube videos featuring the Inuit in various states of recklessness and drunken disorder. One would be generous to say the film has five favourable shots of the folks from the north. It’s a dangerous and appallingly racist film, and a good example that ethnographic filmmaking, even something that aspires to be ethnographic filmmaking 2.0, is a practice that filmmakers must approach with the utmost sensitivity if they even feel compelled to tackle the outdated practice at all.


of the North describes itself as a “portrait of the north by its inhabitants,” but one cannot rightly call the film a portrait “by” the northern residents since it’s clearly a work of re-appropriation and re-contextualization. (There is no context, actually, for any snippet that appears in the film.) The images onscreen arise without at random. Gagnon’s logic shows no apparent order or coherence to the sequencing of the footage. There is no thesis or argument to be made, other than wholly unflattering and unfair speculation about the behaviour of the Inuit. The film amounts to armchair colonialism.

of the North offers multiple shots of northern residents in states of severe intoxication, some of whom are drunk to the point at such they're vomiting, and performing aggressive, often violent behaviour for the camera. One man stumbles drunkenly from the site where he crashed his ATV. Another person, obscured by the lo-res pixilation of the film, beats a baby seal violent and needlessly with his feet and fists. Forget the traditional practice of the seal hunt, which has an entirely different significance that critics take for granted, for of the North simply prefers one senseless act above a cultural practice.

Throw in a shot of a dog attacking a cat (kitties in distress are another major no-no), and a match cut sequence of a bouncing baby juxtaposed with the image jumping dog, and all the film does is reinforce the outdated stereotype of Inuit as violent bloodthirsty deadbeats. There’s even a shot of a girl in some sort of amateur sex tape who sits naked as a jaybird as a white guy calls her “a real live Eskimo” and a shot of a nude Inuit woman spreading and fondling her vagina for a camera. There are too many levels of exploitation here and a minimal effort at critical thinking.

The film also samples the music of Inuit throat singer Tanya Tagaq to add a layer of exoticism to the mix and, awkwardly, almost to legitimize the images onscreen through the association of Tagaq as a prominent Inuk cultural figure. The songs, used without Tagaq’s consent, show the wildly problematic and unfocused sampling of archival material. (Despite Tagaq successfully suing to have her music removed from the film, of the North still appears on some festival streaming platforms with her music.) Look to the NFB for better use of Tagaq and archival material.

Without the context, of the North offers nothing to indicate that the people in the found footage are the same people who uploaded the videos to the internet. These people should not be objectified, mocked, or ridiculed even if the images are publicly available online. People do stupid things and post their videos on the Internet. This idiocy is not unique to northern culture. The actions of a few individuals do not represent a cultural as a whole regardless of the community in question. It is simply irresponsible for a filmmaker to cherry pick various low notes and stick them together as a cultural collage.

of the North nevertheless serves as a very bad example of the sense of entitlement the Internet casts over the material of others. Moreover, of the North ultimately stands as a film future documentarians should study simply to see what they should not do while trying to represent a culture. Involve them, rather than appropriate them.
Rating: ★ (out of ★★★★★)

(of the North was previously scheduled to screen in Gatineau at a film collective on Dec. 3, but the show was canceled amidst controversies following the film’s RIDM screening.)