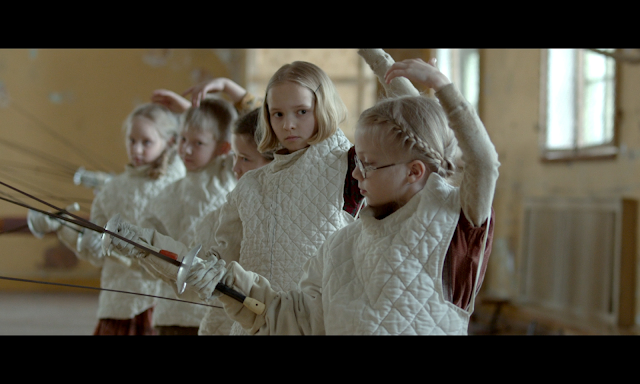 The audience says en gaurd! The Canadian Film Institute (CFI) announces that the winner of the inaugural audience award for Ottawa’s 30th annual European Union Film Festival is The Fencer. The Fencer tops a popular and successful edition of EUFF as the CFI’s fest. The win for The Fencer, Estonian’s selection for the festival, caps off a great year for the fest, which enjoyed strong attendance in its first year at The ByTowne.

The Fencer is based on the true story of the Endel Nelis, an Estonian fencing champion who arrives at the small town of Haapsalu after World War II to become a PE teacher. Despite facing disapproval from his superiors, he begins to instruct the children in fencing and soon discovers teaching as a passion. The film, a co-production between Estonia, Finland, and Germany, is currently nominated for a Golden Globe for Best Foreign Language Film and is Finland’s official submission in the Oscar race for Best Foreign Language Film. The film looks to be a favourite among the titles vying for tomorrow’s nine-film shortlist of submissions that will move on in the Oscar race. Fellow Oscar contenders Baby(a)lone, A Pigeon Sat on a Branch Reflecting On Existence, and Son of Saul are also EUFF alums.