Final voting is underway in this year’s Oscar race! I’ve now had the chance to see all the nominees save for Best Foreign Language Film contenders Theeb and A War, Best Animated Feature nominee When Marnie Was There, and Best Animated Short Film nominee Sanjay’s Super Team, so I can say with confidence that this year has a very strong field of competitors. It’s a tight race and only a few votes could determine the winners. With that in mind, Cinemablographer sends its annual Memo to the Academy with a few notes of consideration. Please add your FYCs in the comments! 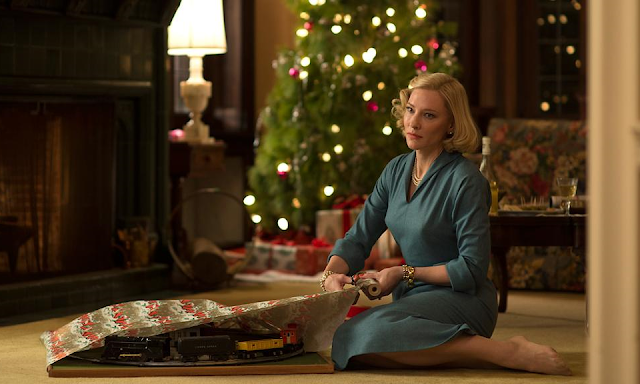 Cate Blanchett deserves to return to podium for her skillfully subtle performance as Carol Aird, the unhappy housewife of Carol. Blanchett displays understated acting at its best as each gesture, nuance, and delicate caress of her performance conveys the repression that Carol desperately needs to escape. Carol’s hands say more words than most characters speak in any film as Blanchett claps her gloves, tenses her fingers, and strokes her palms with loaded, yet restrained emotions. Her poise and composure express a woman who has collected herself to look a certain way, but the flirtatious sparkle that breaks through Carol’s carefully put-together self shows the limits of living within the moulds that society expects people to inhabit. A perfect seduction. 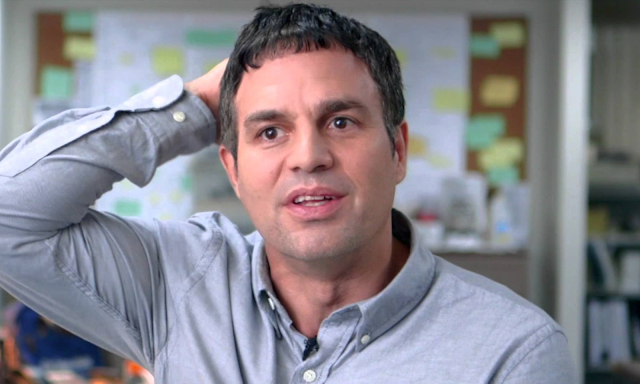 Ruffalo has the tricky role of playing the character with the most emotional investment in the case in which the Spotlight team works to expose a rampant ring of sex abuse crimes and cover-ups in the Catholic Church. He risks overplaying it alongside Michael Keaton’s coolly composed veteran and Rachel McAdams’ compassionately professional reporter, but he’s the audience’s entry point into a difficult story: one needs to feel passion like this to break a flawed system. His work with the ensemble of Spotlight has been widely recognized—and deserves to spotlight the cast once again by sharing this prize in spirit with his equally worthy co-stars. 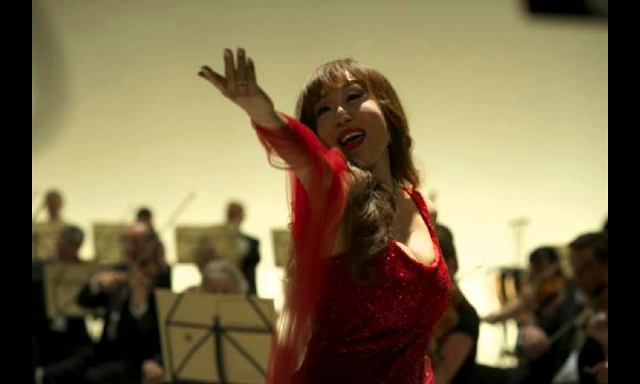 Don’t let the title fool you: there is nothing simple about David Lang’s “Simple Song” for Youth. This deceptively easy tune offers a music cue for beginners when Michael Caine’s composer Fred Ballanger first hears a student play it in the film, but the song evolves as Youth culminates with the full orchestration of this lovely ballad. The song conveys life in all its complexity, and contradictions. As Fred brings the film to its finale with the performance of “Simple Song #3” with soprano Sumi Jo, the song beautifully, hauntingly gives chills at it evokes the man’s sense of a life fulfilled as Youth takes its final breaths. 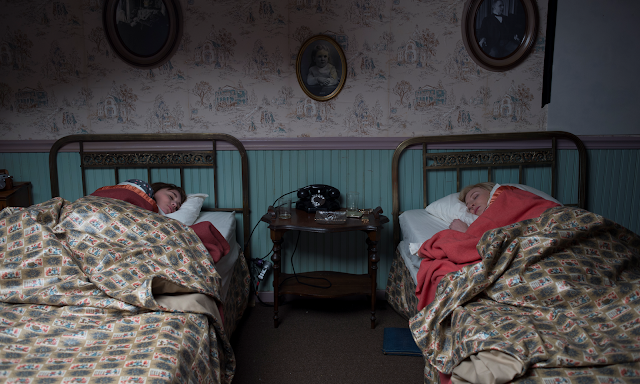 The Price of Salt translates to the screen perfectly in Phyllis Nagy’s understated adaptation of the great novel by Patricia Highsmith. Nagy’s screenplay does the novel justice while shifting the action of the narrative away from the Thelma and Louise-style road trip of forbidden love and onto the journey of awakening love in conservation 1950s society. The unassuming dialogue and full characterizations convey a love that cannot be spoken and this lets Carol end with its incredibly satisfying finale of fully realized love in a sumptuous shot/reverse shot. And fret not! “Lesbian” doesn’t even appear in the script. 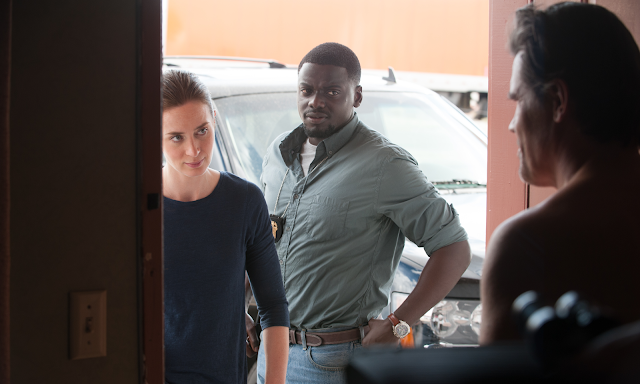 Jóhann Jóhannsson’s badass score for Denis Villeneuve’s Sicario offers full throttle intensity from beginning to end. By playing with bass lines and drawing out key beats, Jóhannsson’s soundtrack ensures that one is always on alert. More significantly, though, the suspenseful music for Sicario puts the viewers in the psychology of the characters as Kate (Emily Blunt) descends into the kill-or-be-killed grey zone of cartel violence where death lurks at every corner. My heart pounds just thinking about this music! 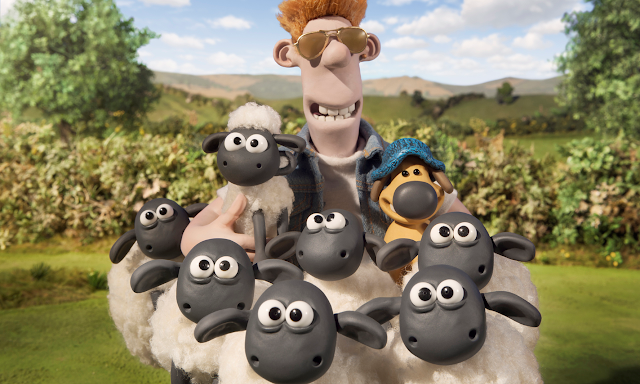 It’s a testament to the creative genius of Shaun the Sheep that the film inspires a smile from beginning to end. There are few snippets of dialogue in the film, but the wonderful animation bounces with a superb step of comedic timing as the clay figures bring a range of emotions and humour to life without uttering a word. Great animation conveys this full spectrum by injecting life and character into the inanimate. To think that these gestures, movements, expressions, and mannerisms are handcrafted efforts makes Shaun stand out from the sheep. 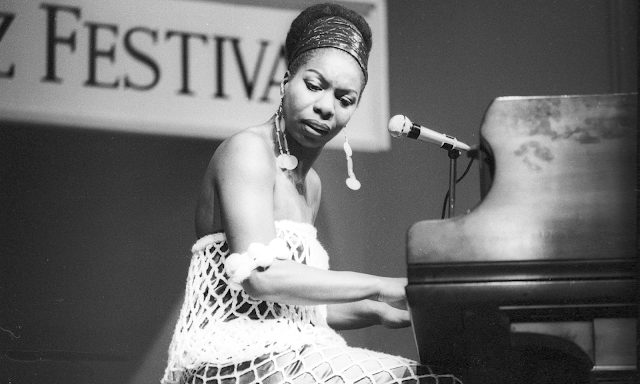 Musical subjects define the past year in documentary, so a film about a singer deserves to represent 2015’s class of non-fiction filmmaking. The best of the 2015 music docs is Liz Garbus’s What Happened, Miss Simone? since the film goes beyond the conventions of the biopic to create a sweeping and sonorous portrait of an era that greatly shaped American music. Garbus deftly intertwines Nina Simone’s work and music with the rise of the American Civil Rights Movement and charts the singer’s status as a black woman breaking barriers in America. The film tackles the complexity of its uncompromising subject and the greater themes that surround her as the filmmakers use a mix of archival footage and diary excerpts to create a layered portrait of a talented star made mercurial by bipolar disorder. As a representation of an icon, What Happened, Miss Simone? is as rich and deep as the High Priestess of Soul herself, but as a great documentary, it’s unequaled in its ability to do justice to a complicated woman and the tumultuous chapter of history that shaped her life and work. 'How can you be an artist and not reflect the times?' Nina Simone asks in the film. A vote for What Happened, Miss Simone? is a chance for the Academy to reflect the time and the films that represent it. 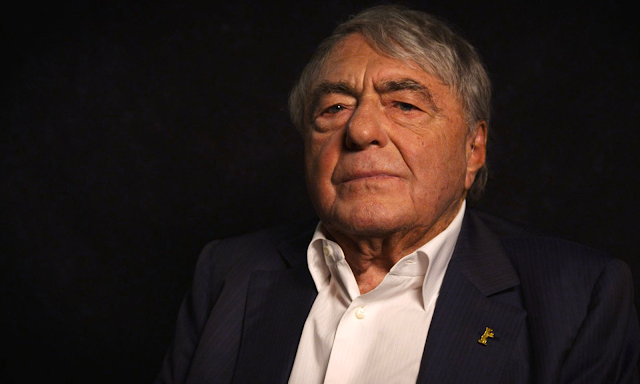 This year’s race for Best Documentary, Short Subject is one of the stronger categories, but while some of the nominees are truly exceptional, Claude Lanzmann: Spectres of the Shoah eclipses them all. It’s easier to pick a favourite from the short docs versus the features because the shorts nominated this year largely approach their subjects with a similar methodology. This doc by Adam Benzine easily stands out from the bunch because the filmmaker’s interview skills take the portrait deeper than the other films do, but Spectres of the Shoah also uses a wealth of archival material to contextualize the subject’s answers. (It's also simply the most polished and tightly assembled film of the contenders.) Even better is one key sequence in which the testimony of Claude Lanzmann mirrors his own work with Shoah and the film honours the director’s committed mode of filmmaking by bringing it to life. 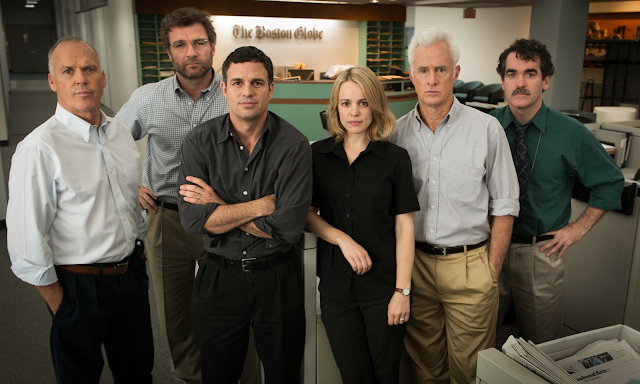 It’s a tight Best Picture race with a handful of worthy films, yet Tom McCarthy’s Spotlight deserves the top spot on ballots for its uncontrived portrait of heroic journalists exposing a network of sex abuse and cover-ups in the Catholic Church. Spotlight merits this year’s Best Picture Oscar because it reminds audiences of a kind of filmmaking that doesn’t happen much these days and is desperately needed. Films can still be unassuming affairs that tackle essential subjects. With a great screenplay and a top-notch cast, Spotlight engrosses the viewer in a vital story and modestly lets the story and characters drive the film thanks to seamless craftsmanship. The score by Howard Shore is taut and inquisitive while the editing by Tom McArdle unfolds the drama with the urgency and economy of a headline-breaking reporter’s pen. Film remains a tool for political and social good, and Spotlight shows that a topical film can still be entertaining, moving, and inspiring. Good journalism might be in jeopardy, but exceptional filmmaking endures.