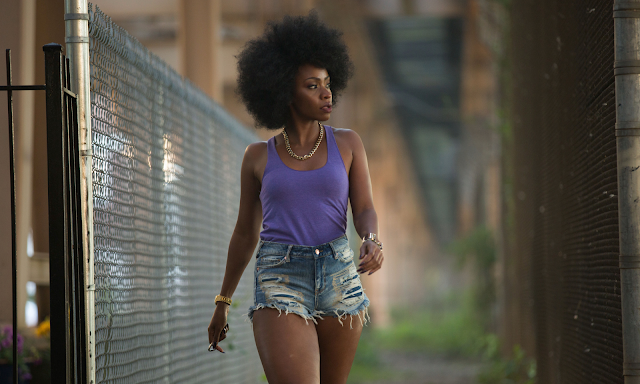 Spike Lee delivers his best film since 2002’s 25th Hour with the ferociously poetic Chi-raq. This film is an ingenious exercise in rhythm and poetry as Lee and co-writer Kevin Willmott adapt the Greek play Lysistrata to the contemporary warzone of urban Chicago. The actors speak in rhyming verse as they confront the escalating gang violence in the city, which has reportedly taken more American lives than the wars in Afghanistan and Iraq combined during the same period. It’s more accessible than, say, a Shakespeare film that borrows the Bard’s verse and it’s all thanks to Lee’s bold in-your-face approach.


Chi-Raq demands a lot from its actors as they speak in the carefully crafted cadence of Greek tragedy and they gamely meet the challenge. Teyonah Parris (aka Dawn from Mad Men) gives a revelatory performance as Lysistrata, the heroine who leads the women of Chicago to use abstinence as a tool to curb the men from their violent ways. She’s sharp and fiery, full of the poise of classical theatre and emboldened with sass and spunk. A strong supporting cast delivers all-around solid work, most notably Angela Bassett, Samuel L. Jackson (riffing on his own character from Do the Right Thing), and particularly Jennifer Hudson, who gives a devastating performance as a mother who loses her child to violence. (Hudson lost three families members to violence in Chicago, and one really feels how closely this role hits the actress.)

Lee overdraws the film somewhat in a lengthy final act, but even as a mess, Chi-raq is a hidden gem. It’s an incendiary piece of fiercely political filmmaking.

Chi-raq is now available on iTunes and it screens in Toronto at the Lightbox. 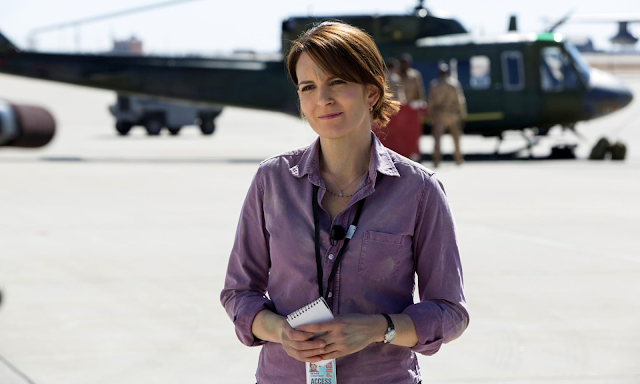 Tina Fey branches out and gives a dynamic performance as a correspondent covering the war in Afghanistan in her turn as Kim Baker, the journalist on whose book the film is based. Fey is very funny playing a fish-out-of-water reporter who decides to enlist when her life in New York reveals itself as sad and pathetic. Bringing her self-deprecating charm, she wins over the team and proves that good journalism still exists among those covering America’s forgotten war. Whiskey Tango Foxtrot, = Marine-speak for WTF, tackles the complexity of measuring success and happiness at middle age, which is its own minefield that Fey amiably treads. The film is tonally inconsistent, though, as it veers from war movie to buddy comedy (a welcome Margot Robbie comes and goes) to journalistic crusade. The film mostly succeeds as a showpiece for Fey and as a portrait of women’s rights in the Middle East as Baker encounters sexism on both sides of the frontlines and turns her camera towards Afghan women. However, the awkward casting of Alfred Molina and Christopher Abbott as Afghan, drolly tongue-in-cheek as it is, shows that there are still wars to be won. 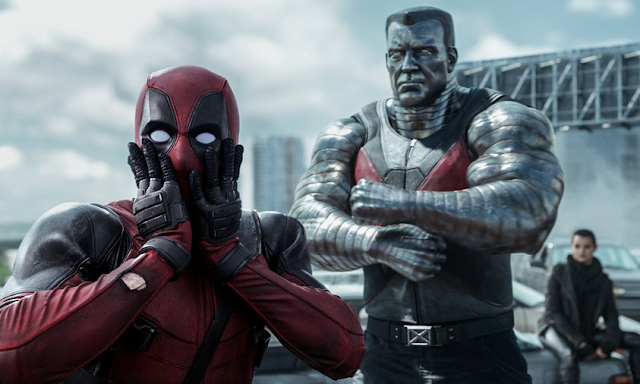 Ryan Reynolds is a charmer, but Deadpool is an early contender for the title of 2016’s most irritating film. This nudge-nudge, wink-wink comic book pic is for franchise fans only as it pokes fun at how formulaic and unoriginal comic book movies are, but then follows all the steps for carbon copy. It’s all okay, though, since Deadpool repeatedly comments on its own derivativeness. The film improves upon other pointless PG actioners by going hard with a full R-rating as it ramps up the sex, violence, and potty language for a quick and dirty adventure. Deadpool is insanely annoying, but it’s also ridiculously fun.