Quebecois filmmaker Ricardo Trogi (1987) usually delivers when it comes to commercial comedies, but his latest film Le mirage is a bit of an odd duck. The film is as slick assembled as Trogi’s films tend to be, but something’s a bit off in this well-intentioned portrait of male alienation in contemporary suburbia.


Louis Morissette, who also wrote the film, stars as Patrick, as well-to-do retailer of sports equipment who sees through the mirage of his consumerist lifestyle in a strange mid-life crisis. Patrick and his wife Isabelle (Julie Perrault) live far beyond their means and enjoy every convenience they can buy, but a stilted relationship sends Pat chasing after their friend Roxanne (Canadian Screen Award nominee Christine Beaulieu, memorable as the object of interest) following a dip in the hot tub in which she shows off her new implants to Isabelle. Add some misguided Canadian porn interludes, in which women speak silly dialogue where a big huge giant chalet isn’t a metaphor for wood, but some strange Quebecois turn-on, and Le mirage treads the grey area of unfunny sexism even as it critiques its own leading man.

Morissette channels Pat’s angst and desires effectively, while Trogi generally balances the protagonist’s dogged interest in women while using the element of the male gaze to engage critically with Pat’s sense of entitlement. The result is a little uneven since Le mirage still falls a bit too far into a woe-is-me study of First World problems, and it lacks the snap of Trogi’s previous films as Pat struggles with his own privilege. 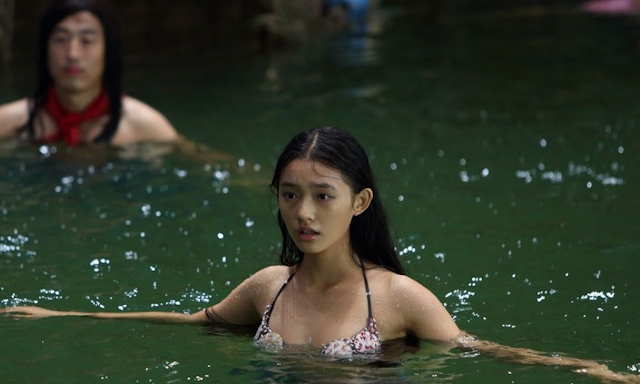 The Mermaid might be the most flat-out ridiculous environmental parable since The Happening, but unlike M. Night Shyamalan’s 2008 blunder, this film doesn’t completely suck. The Mermaid proves that irreverent humour can save the day if a director executes it with just the right level of randomness and insanity. Leave it to the eccentric energy of director Stephen Chow (Kung Fu Hustle) and The Mermaid offers quite the splash for action fans. This zany film offers an action-comedy caper about environmental responsibility as playboy/businessman Liu Xuan (Deng Chao) becomes the target of some murderous mermaids seeking revenge for the devastation of their ocean. Xuan, however, becomes seduced by the mermaids’ secret weapon, an innocent looking mermaid named Shan (Lin Yun), who passes as a human to gain the tycoon’s trust. Madcap action ensues as does some riotous situational humour featuring tentacles, sea urchins, and all things bubbly under the sea—along with shootouts, action sequences, and a musical number to boot. It’s as far from The Cove as one can get for a film about preserving Earth’s aquatic creatures, but it’s far more enjoyable—and arguably just as effective.

The Mermaid is now playing in limited release.
It screens in Toronto at Cineplex Yonge and Dundas. 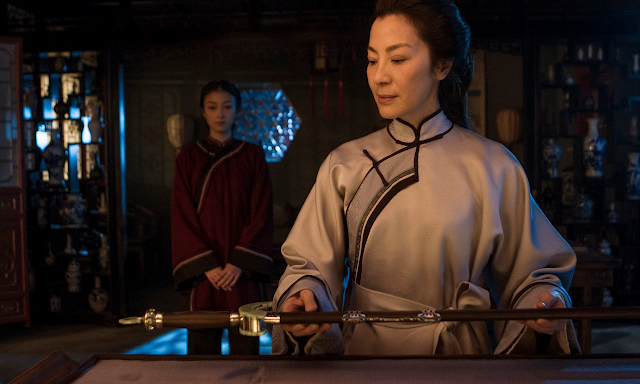 Hide this Dragon from the Netflix cue. The latest original drama for the streaming service (and long delayed Weinstein Company project) presents one of the worst original-film-to-sequel drops in quality of all time. Sword of Destiny follows the footsteps of Ang Lee’s 2000 masterpiece Crouching Tiger, Hidden Dragon, one of the best films of the decade if not all time, and it falls short in virtually every regard. Whereas Lee’s filmis both a sumptuous wuxia action film and a staggering meditation on honour, love, and legacy, Sword of Destiny is just a stupid action movie. Directed by Yuen Woo-Ping, the choreographer of the original film’s outstanding fight scenes, Crouching Tiger, Hidden Dragon: Sword of Destiny has none of the finesse of Lee’s arthouse actioner. It’s blunt and clumsy, and especially inelegant as all the action sequences are so precisely and painstakingly choreographed that none of the drama feels real. The first Crouching Tiger, Hidden Dragon, on the other hand, invites such a masterful suspension of disbelief that one believes that these warriors can fly and tangle via treetop ballet. The sequel amplifies its unworthiness to its predecessor with a rinse-and-repeat plot that evokes the memory of the original film in numerous scenes and plot twists. The new material—something about a war—frankly, sucks, and it wastes the opportunity to resurrect Michelle Yeoh’s Yu Shu Lien as one of the greatest action heroes ever. Please revisit the original instead of exploring this god-awful bastardization of Crouching Tiger’s legacy.