Bruce Willis is in an odd place in his career. He isn’t quite in Liam Neeson territory, since the clunky action movies he makes aren’t nearly as undignified steps down in his trajectory as Neeson’s are. Willis still plays the action star relatively well even though he’s pushing sixty and making Die Hard movies alongside RED 2. He’s getting up there, but nobody’s pushing him out of the ring just yet. 1990s action stars: aren't they precious?

The League of Exotique Dancers

(Canada, 90 min.)
Dir. Rama Rau
Programme: Special Presentations (World Premiere)
Hot Docs puts on its best tassels and gets the party started with the saucy Opening Night premiere The League of Exotique Dancers. Boobs may sag and faces may wrinkle, but beauty never ages as the confident veteran burlesque dancers of this doc reveal. The women in this talking heads piece illuminate how they owned their bodies by shaking a leg for the masses and The League of Exotique Dancers friskily explains how feminism won its own battle against the male gaze by subverting it one tasselled breast at a time. This fun and sexy doc from Rama Rau (No Place to Hide: The Rehtaeh Parsons Story) starts the festival on an upbeat note.

Ottawa’s Latin American Film Festival kicks off today and boasts a whopping 22 films from countries south of the border. One downside to moving away from Ottawa is missing out on some of the great festivals that were the backbone of this blog, especially events like this one that offer hard to find gems of world cinema, but Cinemablographer will nevertheless be at LAFF in spirit whilst shivering in the lines at Hot Docs! This year’s LAFF looks like a particularly hard one to miss, since the line-up offers a strong programme of Oscar contenders (including a terrific nominee), docs, co-productions, and other films that inspire one to cry Olé! Olé! Olé!

Lagos, Nigeria is TIFF's 2016 destination for its annual spotlight of national cinema in the Festival’s City to City programme. Lagos marks the programme's first trip to Africa in its eight years of stamping Toronto’s passports. The selection adds to the Festival’s effort to showcase diverse stories from around the world and, while presumably in the works for a while, gives audiences, critics, and especially industry types the chance to discover and foster new talents in the wake of the growing outcries for more inclusive hiring efforts before and behind the camera. 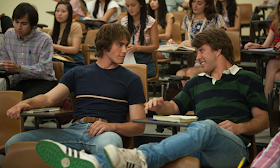 Robin and Mark and Richard III

Canadian Shakespeare movies are rare, if not non-existent, yet the diversity of the Canuck landscape seems perfectly suited as a stage for epic tragedies in the Rocky Mountains, sheep-shearing comedies in the prairies, and tempestuous romances on the shores of the Atlantic. The scant bit of Shakespeare on Canadian screens makes the new doc Robin and Mark and Richard III a welcome addition to a relatively overlooked necessity of the Canadian arts scene. Shakespeare is strong on Canuck stages, be the spirit Bard be alive at Stratford or in an all-First Nations King Lear at the NAC. This doc profiles late director, actor, filmmaker, and teacher Robin Phillips and the legacy he leaves in Canadian drama. The spirit of Shakespeare is alive and well in this fun and intimate master class in acting.

Watch: Al Pacino and Josh Duhamel in an Exclusive Clip from 'Misconduct'

Al Pacino and Josh Duhamel debate a man's worth in this exclusive clip from Misconduct. The actors go head-to-head in this new thriller from director Shintaro Shimosawa as Duhamel plays an ambitious lawyer working in the firm run by Pacino's ruthless partner. Misconduct also stars Canada's Malin Akerman in boiled bunny mode and Anthony Hopkins as the mark of Duhamel's case. You'll have to catch Misconduct on home video to see Pacino and Hopkins in their first film together, but in the meantime, here's a quick peek at the film. Unfortunately, Cinemablographer won't be raffling off any $68 000 pens as swag. 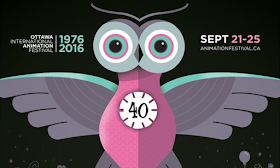 Superheroes don't seems all that interesting anymore after the colossal letdown of Batman v.Superman, so audiences might find a thrill in the adventures of ordinary supermen. American Hero tells the story of an average Joe named Melvin, played by Stephen Dorff, who rises to the challenge and does extraordinary things to better his community. It helps that Melvin, a deadbeat/lowlife/drug addict, has telekinetic powers and can do some of the snazzy tricks that caped crusaders may perform on the streets of Gotham or Metropolis. Transfer these skills to the streets of New Orleans post Hurricane Katrina and one finds a very different kind of justice. 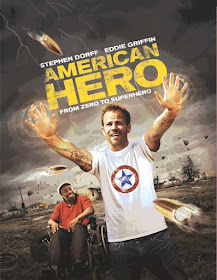 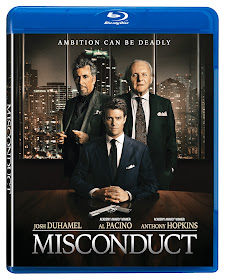 Sleeping Giant marks an impressive leap for director Andrew Cividino as his first feature finally hits theatres after being one of last year’s biggest Canadian success stories from the festival circuit. It made waves at Cannes, won Cividino the prize for Best Canadian First Feature at TIFF, and continues to wow audiences beyond Canada and the Croisette. Sleeping Giant brings back characters from Cividino’s short film of the same name as three boys come of age during one warm, wild, and eye-opening summer on the shores of Thunder Bay. The boys, played by Jackson Martin, Reece Moffett, and CanadianScreen Award winner Nick Serino give authentic down-to-earth performances in a film that brings comparisons to Stand By Me and Boyhood, and finally gives Canada a great coming-of-age tale to call its own.

Lock and load, geeks and gamers! Duck Hunt meets Run Lola Run in a unique and exhilarating action film from the audience’s point of view.Hardcore Henry offers 95-minutes of ridiculous nonstop violence, mayhem, and R-rated intensity for fans of any POV shooter game from Doom to GoldenEye to the original lark of hunting quackers. Hardcore Henry aims straight at the wild experience of action gaming and it hits right on target. 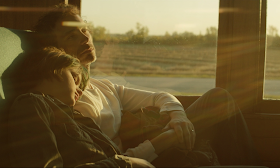 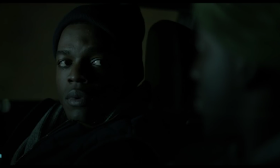