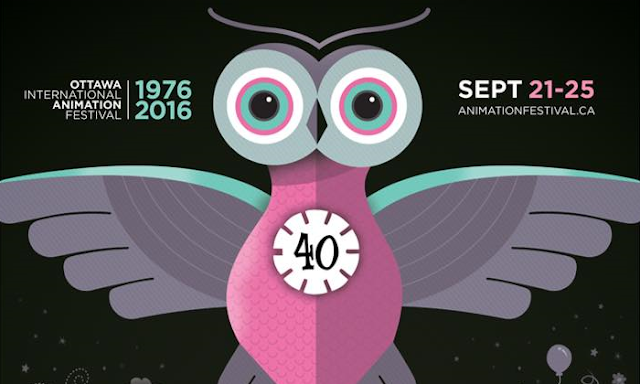 
The submission deadline for this year's Ottawa International Animation Festival is just one month away! OIAF looks to be bigger and better than ever heading into its 40th year spotlighting the latest works in Canadian and international animation. “Finding hidden gems and work by new voices is an exciting aspect of the selection process” says OIAF Artistic Director Chris Robinson in a release from the Festival. “We have already received a record breaking number of entries. It is promising to be a great Competition." As Ottawa's biggest festival and the largest animation showcase in North America, OIAF is doing the National Capital proud on the arts front.

Submissions for OIAF are FREE for filmmakers and may be made via the submissions page on the festival website. The fest invites submissions for shorts and features, indie shorts, student shorts, commissioned films, kids' stuff and more! The deadline for entry forms is May 13, 2016. This year's festival runs September 21-25.