Some capsule catch-up! Why can't days have 48 hours? 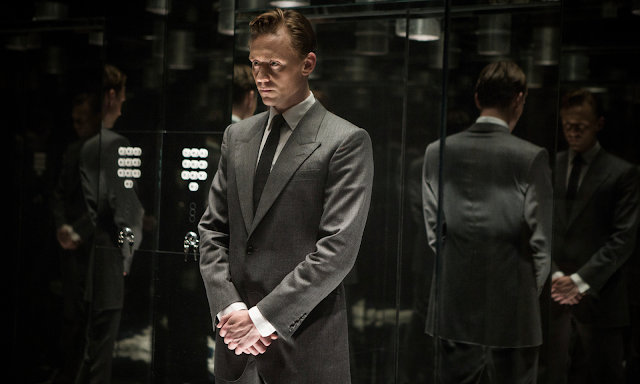 Ben Wheatley jumps from the balcony and does a belly flop with High-Rise. This adaptation of the novel by JG Ballard is utterly incomprehensible, even if one approaches it with the yellow light of caution that goes with the author’s work. (Ditto the filmmaker.) The film puts Tom Hiddleston in Blindness territory as the residents of his tall new condominium run amok. The script by Amy Jump takes too many leaps and thus leaves far too many logical gaps in the process, though, so one can never really discern what’s going on as the masses within the high rise create chaos and a new social order tiered from the basement to the penthouse. Some nifty visuals and production design add to the dystopian atmosphere, but even for Wheatley, this bacchanal of madness is too eccentric for its own good.

High-Rise is now playing in theatres and is available on iTunes. 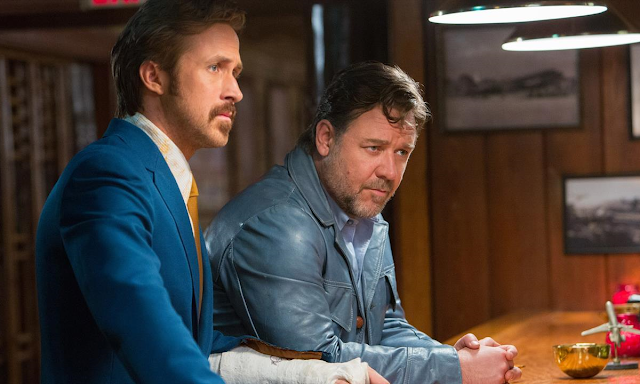 Russell Crowe and Ryan Gosling make a fun screen team in The Nice Guys. The pair stars in this anti-buddy comedy that plays like Starsky and Hutch meets Inherent Vice as their competing private eyes search for a lost girl in LA’s skin scene. The film moves slowly, but the stars keep up a better pace by playing off one another with Crowe taking the role of the tough enforcer and Gosling having a lark as the more inept investigator between the two. Gosling’s especially fun with the physical comedy of the part and his slapstick charm frequently holds The Nice Guys together as it straddles broad strokes of humour with a dark, noir-ish crime caper. The latter act of the film offers some wild action sequences and piles on a few too many characters and threads, but it’s escapism with which to beat the summer heat. 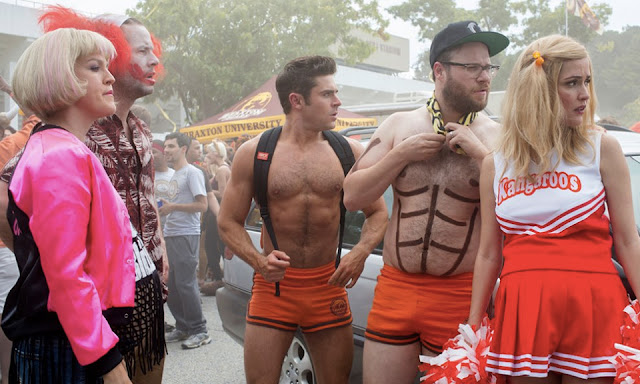 Neighbors with more of the same and that’s just as much as plus as it is a negative. Sorority Rising, like the first Neighbors, is pretty hit and miss with its mixed bag of raunchy humour and generational jokes. This time, though, Chloë Grace Moretz joins the party as the ringleader of a sorority house that wreaks havoc on Mac (Seth Rogen) and Kelly (Rose Byrne) just as they’re about to close on a sale of their house and depart the bad memories of living near a frat. The boys aren’t nearly as bad as the girls gone wild on sorority row are, though, and Neighbors kicks things up a notch with some zanier humour and gags to outdo the first flick. The film often works with its critique of feminism and the girls’ misperception that empowerment is synonymous with taking down others, but it diffuses the commentary with some gags that fall flat. Moretz, similarly, doesn’t have the comedic chops to match the original Neighbors tag team of Rogen, Byrne, and Efron, but the core players of the film are outrageously funny enough to offset the newbies.