Capsule Reviews: 'Eye in the Sky', 'Hello, My Name is Doris', 'The Jungle Book'

A bit more capsule catch-up! It’s nice to still be able to see some movies on the big screen now and then, so some brief thoughts on three very different films worth seeing. (Anything you recommend as a treat?)

Eye in the Sky
(UK, 102 min.)
Dir. Gavin Hood, Writ. Guy Hibbert
Starring: Helen Mirren, Alan Rickman, Barkhad Abdi, Aaron Paul
Director Gavin Hood (Tsotsi, Rendition) deliver a taut and provocative political thriller with Eye in the Sky. This riveting chamber drama deftly conveys the labyrinthine mess of politics and egos that tangle together in contemporary warfare. Drones remove humans from the equation as combat becomes depersonalised. Add the element of humanity, though, and war becomes a moral grey zone, as the military personnel of the film discover when a potential strike puts a young girl as collateral damage.

Helen Mirren gives an excellent and sharply focused performance as Colonel Katherine Powell, a veteran who is cool and pragmatic in the control room, but conflicted by a war that asks her to see the enemy through the safety of monitors from afar. Ditto Alan Rickman, in his final live action performance, as a general whose knowledge from the battlefield makes him an even-handed player in this murky warfare. For all its weighty, thought-provoking talkiness, though Eye in the Sky often draws out the dark humour of the bureaucratic nightmare of computerised warfare and the difficulty in making judgement calls removed from the action. Eye in the Sky weaves threads from around the globe into an intense morality play that asks the audience to weigh the cost of war and freedom as new technology gives the military unfettered access to enemies and innocents alike.

Eye in the Sky is now playing in theatres. 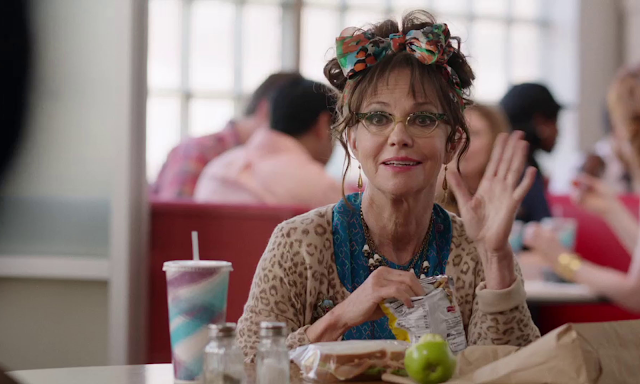 Long live the eccentric cat lady! Sally Field gives her best performance in years with her hilarious and heartbreaking turn as the endearing oddball Doris in Hello, My Name is Doris. She brings a convoluted story to life as her sixty-something recluse brazenly throws herself at John (Max Greenfield), the hot young new guy at the office. John never catches on that Doris hits on him about five times a day, although she’s a little rusty, and Hello, My Name is Doris often strains credibility as the mature woman develops a friendship with her younger colleague. He thinks Doris is the coolest cat in town, but is blind to the fact that she’s in love with him.

It’s hard not to fall in love with Sally Field’s character, though, as her eccentric character decides to embrace life for the first time in sixty years. Field is charmingly offbeat and ferociously funny as she creates a sad and lonely woman, burdened with regrets and baggage, who demands the audience’s sympathy. It’s a terrific portrait of mental illness and isolation that could have been disastrous in lesser hands, especially given the film’s eclectic air, but as Field’s Doris swells with confidence and sass, Doris is impossible to resist.

Hello, My Name is Doris is now playing in select theatres and is now available on iTunes. 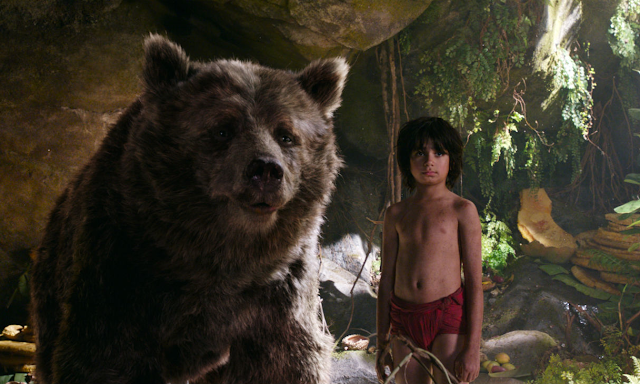 Jon Favreau’s The Jungle Book might be the best advertisement for Disney animation that the studio could find. This live action remake of Disney’s The Jungle Book and new adaptation of the books by Rudyard Kipling might be the most impressive, yet least satisfying reboots of the studio’s childhood classics. The visual effects of this take on The Jungle Book are simply awesome. Computer-generated animals have never looked so real and lifelike. Moreover, these animals truly move like animals; they’re not like most other motion-capture affairs or CGI rides in which animals walk and roam like humans. The Jungle Book has lions and tigers and bears (oh my) that look just as real as the ones at the zoo.

However, the film also stars a human. Newcomer Neel Sethi assumes the lone live action role of The Jungle Book in his leading turn as man-cub Mowgli, and he’s just awful. He’s awkward and never convincing. Ironically, for the only real skin and bones element of The Jungle Book, he’s the most lifeless thing about it. It frankly seems unfair to task an inexperienced child with carrying such a massive project. Most of Sethi’s work on set probably asked him to act out scenes with green balls on sticks, or to react to Favreau’s direction, and it shows in the timing, emotion, and intensity (or lack thereof) in his work.

Sethi’s poor performance draws out the sluggishness of The Jungle Book’s road movie-like plotting and the wild inconsistencies in tone that plague the film. Two of the original song numbers from the animated film appear here (like “I Wan’na Be Like You”) and throw the film totally out of whack while many of the vocal performances by the major stars are either bizarrely flat (ex: Lupita Nyong’o) or distracting with their star power (ex: Scarlett Johansson), although Bill Murray is a hoot as Baloo. For all the magic of the visual and technical accomplishments of The Jungle Book, the film shows that hybrid affairs of live action and CGI are rarely seamless. Every element needs to jive or it all feels uneven, as is the case here. Tell the story with animated wonder, though, and the proper suspension of disbelief lets it all fall into place.

The Jungle Book is now playing in wide release.