A few capsules to catch-up. Seen anything good this summer? 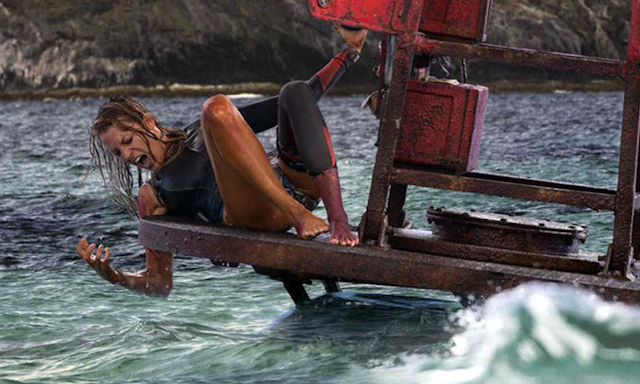 If only Blake Lively had taken Dory’s advice to just keep swimming. The Age of Adaline star gives an intense physical performance as Nancy the surfer who faces off with a big mean shark that attacks her mere yards from the shores of some unnamed tropical beach. Seeing Nancy make a swim for it might have remedied some of the many plot holes and implausible why-didn’t-you-just… moments in The Shallows, which strains credibility for almost ninety-minutes despite an admirable pretense for realism and a simplified scenario.


The Shallows is essentially Wild meets Open Water when, following her mother’s death, Nancy surfs her way out of her grief and into shark infested waters that are far more dangerous than her despair. The shark that bites her, however, is no monster from the world of Cheryl Strayed: it’s a zany and comically villainous demon. The shark in The Shallows is so unrelentingly EVIL that it makes Bruce the Shark look like a kitten. He plots to kill Nancy out of pure bloodlust and gobbles up no less than three beach bums as an amuse-bouche before wanting Gossip Girl as the main course. There’s also an all-you-can-eat buffet of dead whale a few feet nearby, just to underscore how much sharky-shark-shark likes to chomp his jaws with surfers in between ’em. And every one of these comically violent fatalities offers a chance for Nancy to make a swim for it while the shark’s distracted.

It doesn’t say much for a horror movie when the smartest character in the show is a bird called Steven the Seagull and while the squawker offers welcome comic relief and makes a great screen team with Lively, this intelligent bird underscores just how stupid The Shallows is. Where’s the shark repellant Bat Spray when you need it?

The Shallows is now in theatres. 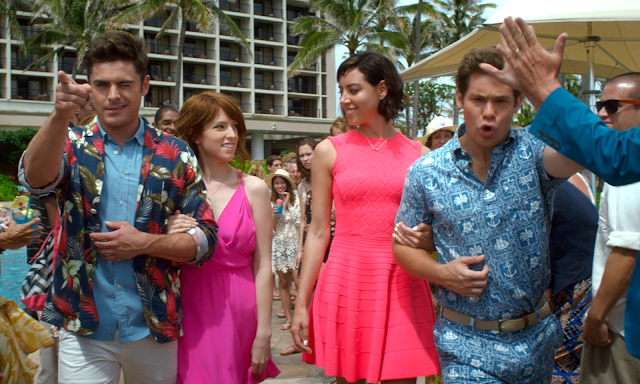 Mike and Dave need wedding dates, but they also need a way better script. This raucous comedy tries its damnedest to squeeze a feature-length movie from the Internet exploits of doofus brothers Mike and Dave Stangle, played by Adam Devine and Zac Efron, and their real life gonzo parade that culminated in an ad on Craig’s List for dates to their sister’s wedding. Cue Anna Kendrick at her pluckiest and Aubrey Plaza channelling her inner sassy black woman, and Mike and Dave find their equals in their quest to nab two “nice girls” to sell the charade. Double trouble, here they come.

Their story is amusing enough, and Efron, Kendrick, and especially Plaza are a hoot (sorry Adam Devine), so Mike and Dave milks enough laughs to merit a Netflix binge or a Cheap Tuesday at the movies, but there just isn’t enough material here to fuel a quality theatrical film. Mike and Dave Need Wedding Dates might be better fodder as a 22-minute sitcom pilot. This kind of stuff is funny in spurts, which is perfect for a meme or a viral video, but kudos on them for getting a book deal and a movie gig out of it.

Mike and Dave Need Wedding Dates is now in theatres.