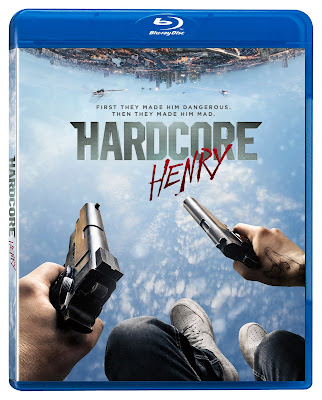 Get ready to star in an action movie from the comfort of your own home when the first-person actioner Hardcore Henry comes to come video. (Read the Cinemablographer review of Hardcore Henry here.) Hardcore Henry hits Blu-ray and DVD July 12, and is currently available on digital HD from VVS Films. Lucky readers looking to put free shit and good times in the crosshairs can enter for a chance to win Hardcore Henry prize packs! Answer the trivia below for your chance to win!


Synopsis: Strap in. Hardcore Henry is one of the most unflinchingly original wild-rides to hit the big screen in a long time: You remember nothing. Mainly because you've just been brought back from the dead by your wife (Haley Bennett). She tells you that your name is Henry. Five minutes later, you are being shot at, your wife has been kidnapped, and you should probably go get her back. Who's got her? His name's Akan (Danila Kozlovsky); he's a powerful warlord with an army of mercenaries, and a plan for world domination. You're also in an unfamiliar city of Moscow, and everyone wants you dead. Everyone except for a mysterious British fellow called Jimmy (Sharlto Copley). He may be on your side, but you aren't sure. If you can survive the insanity, and solve the mystery, you might just discover your purpose and the truth behind your identity. Good luck, Henry. You're likely going to need it... 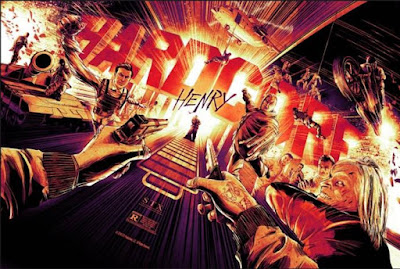 Thanks to our friends at VVS Films, Cinemablographer has three (3) Hardcore Henry prize packs to give away! Prize packs include a Blu-ray, soundtrack (sampled below), and sweet Hardcore Henry mondo poster. (Pictured above.) All you have to do to enter is answer the following question:

Hardcore Henry features music by director Ilya Naishuller. What is the name of his band?


Send your answer and full mailing address to contests@cinemablographer.com with the subject ‘Hardcore Henry.’

Hardcore Henry is available on Blu-ray and DVD on July 12 from VVS Films and is currently available on digital HD.

**Limit one email entry per person/household per contest. Multiple entries will be deleted and marked as spam.
***Limit one win per person per month.