The Hollywood Dumpster Fire Rages On 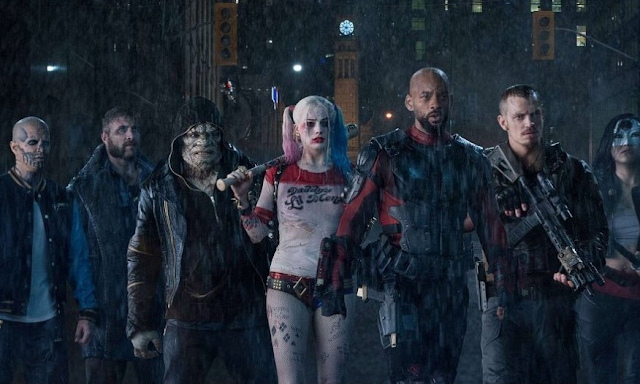 Throw Suicide Squad into the raging dumpster fire that is 2016 tent poles. Hollywood just isn’t delivering this year. There’s a lot of star power here with the likes of Will Smith, Jared Leto, Viola Davis, and Margot Robbie and the premise of comic book baddies taking over for the superheroes is novel, yet this flick is for fan boys only. Despite a reported $175 million production budget, and probably something comparable spent on marketing given the film’s tiresome yearlong publicity assault, Suicide Squad amounts to two-hours of empty boring spectacle driven by crappy effects and unnecessary 3D glasses. (This review considers the 3D release.) Suicide Squad isn’t the raging pile of crap that Batman v.Superman is, but it brings absolutely nothing to the table besides a lot of unfulfilled potential.


The movie herds a bunch of Batman baddies into the anti-Justice League as Viola Davis’s Amanda Waller, a steely protector of national security for some non-descript organisation, decides that enlisting a bunch of psychopaths, killers, and convicted criminals is the best way to fight terrorism. Cue Deadshot (Will Smith), Harley Quinn (Margot Robbie), Boomerang (Jai Courtney), Diablo (Jay Hernandez), some crocodile mutant (Adewale Akinnuoye-Agbaje), and an effed-up voodoo witch spirit (Cara Delevingne, whose performance is mercifully overwhelmed by post-production effects), and Suicide Squad amasses some minor and inconsequential characters who simply aren’t interesting enough to carry a movie. There’s a reason why these villains haven’t appeared in the countless number of comic book flicks that precede Suicide Squad.

Even Oscar-winner Jared Leto is an over-hyped bore as the Joker. The actor clearly struggles in shaking the now-iconic incarnation of the Joker that won Heath Ledger an Oscar for The Dark Knight as his performance essentially offers a surface-layer channelling of the late actor’s take on the character. Like everything else in big Hollywood movies these days, Leto’s over-the-top Joker is a little too been-there-done-that to deliver the goods.

The only exception to the monotony is Robbie’s fiery performance as Harley Quinn, the Joker’s girlfriend and the resident trickster of the Suicide Squad. Robbie is a riot and deserves to become a star with this performance as she steals every scene of Suicide Squad with a loud, brash, funny, and unhinged turn as the bat-shit crazy clown. She is the only thing about Suicide Squad that is utterly original, but her unique energy also highlights what a mess the film is as every other shot of the film plays out of tune.

Robbie deserves a better film and I’ll gladly buy a ticket to The Harley Quinn Show unless it means enduring Suicide Squad 2. The problem with Suicide Squad, frankly, is that it just doesn’t make any sense. The plot is utterly nonsensical as everyone just goes along with Waller’s flat-out terrible idea and the baddies embrace being deputized. The script flaws don’t end there, however, since Suicide Squad becomes increasingly incomprehensible as the story sprawls into a bizarre sci-fi battle with indiscernible gunfire, dead ends, plot holes, and scenes that just don’t fit together. All the expensive action carries little entertainment value if one has no idea what the heck is going on.

Suicide Squad redeems itself somewhat with novel use of Toronto locations that Canadian audiences will find amusing, like the use of Bay subway station as a zone for Mayan warfare, or a strip of Yonge Street with Elephant and Castle thinly disguised and the bright din of the Hard Rock Café bringing the light pollution of Dundas Square to the mainstream. The movie also finds some decent token parts for Canadian actors like a bit role for Adam Beach as a member of the Suicide Squad and an admirable turn for The Book of Negroes’ Shailyn Pierre-Dixon as Smith’s onscreen daughter. But the token Canadiana and influx of business isn’t enough to justify a film as pointless and artless as Suicide Squad taking up so many movie screens when it’s impossible to find a Canadian film at the theatre when every other screen has a big, loud, stupid comic book movie.

Two bad Batman movies in a year is a very bad thing. The flies are swarming. Let them have at it. It's time for comic book movies to go the way of westerns and musicals when audiences of the classic era recognised a dead horse. In this case, said horse has been resoundingly beaten.