Contest! Win Tickets to See 'The Lovers and the Despot' 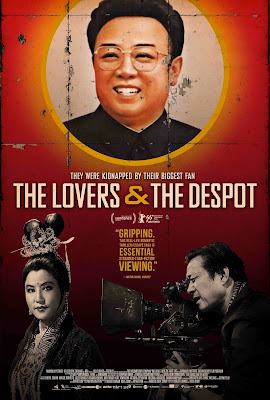 Flash contest! The stranger-than-fiction docu-thriller The Lovers and the Despot opens in Toronto at the Hot Docs Ted Rogers Cinema on Friday, Sept. 30 from Unobstructed View. We have 2 pairs of tickets to give away to the opening night screening in Toronto this Friday at 6:30 PM at the Hot Docs Ted Rogers Cinema, so we're giving the tickets away quick and dirty, Kim Jong-il style! Trivia away!


THE LOVERS AND THE DESPOT tells the story of young, ambitious South Korean filmmaker Shin Sang-ok and actress Choi Eun-hee, who met and fell in love in 1950s post-war Korea. In the 70s, after reaching the top of Korean society following a string of successful films, Choi was kidnapped in Hong Kong by North Korean agents and taken to meet Kim Jong-il. While searching for Choi, Shin also was kidnapped, and following five years of imprisonment, the couple was reunited in North Korea by the movie-obsessed Kim, who declared them his personal filmmakers. Choi and Shin planned their escape, but not before producing 17 feature films for the dictator and gaining his trust in the process.

The Lovers and the Despot tells a wild tale about Korea under the power of Kim Jong-il. Which film featured the Korean dictator as a talking puppet?

Send your answer to contests@cinemablographer.com with the subject ‘Despot.’

The Lovers and the Despot  opens in theatres Sept. 30 from eOne Films.

**Limit one email entry per person/household per contest. Multiple entries will be deleted and marked as spam.
***Limit one win per person per month.
****Winners caught abusing the ticket redemption system will be banned permanently from all contests.
Posted by Pat Mullen at 9/27/2016 04:22:00 PM