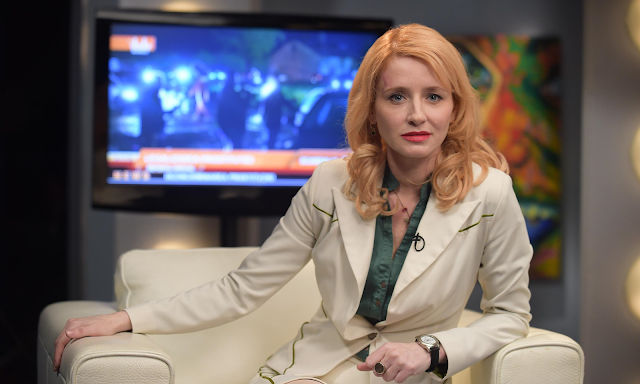 
Live shows the Romanians on the pulse of contemporary news media as the film sits comfortably in the series of recent newsroom stories like Spotlight and, most closely, Money Monster in championing the individuals who use the power of news for the greater good. The film shows Ema as a kind of covert daredevil as she slips into disguises to catch sexual predators and other vermin, but a new case involving land disputes and corrupt municipal officers puts her career and life on the line when she starts snooping. As with the producer and host played by Julia Roberts and George Clooney in the aforementioned Money Monster, Ema’s scoop rekindles a journalistic fire in her belly. She’s great at putting her guests head to head on live air, but she’s even stronger at delving into a story with interest, conviction, and compassion.

Festival audiences tuning into Live are likely to find the film’s relevance to contemporary issues and its resemblance to recent American films help make it one of the more accessible movies that Romania has to offer. Director Vlad Paunescu, making his feature debut after producing films like Queen and Country, shoots the film capably and conventionally, and opts to drive Live by style and character. Live isn’t like the other Romanian films that generally hit the festival circuit as it avoids the arty long-takes and sometimes alienating aesthetics of the New Wave.

Paunescu nevertheless shows a hand at formal interplay by using the multiple filters to create different time frames and self-reflexive threads. Sepia-tinged flashback scenes of Ema escaping a cruel orphanage, for example, illustrate her knack for social justice. Similarly, Paunescu offers dual formats for behind the scenes continuity and live entertainment that uses the loud graphics of network TV in the latter. Like this year’s Romanian investigative news drama The Fixer, Live also uses mediated images to play the power of images against the drama that goes into creating them. Live isn’t quite as formally sophisticated as Adrian Sitaru’s film is, but it’s also a perfectly fine example of the growing potential for commercial filmmaking in Romanian that evolves in tandem to the healthy art film scene. Perhaps another wave approaches?