And so another year comes to an end. 2016 is an odd year at Cinemablographer is a year of highs and lows at Cinemablographer. The smaller coverage at this blog is in part due to new commitments and opportunities at POV and in part due to bartering time in the current climate of film coverage. I’m definitely at a crossroads of wondering where I fit in wondering what purpose this blog serves at the end of the day.

There are good perks and amazing opportunities, though, when helpful hands find a right match. It really amazes me that in the same week, say, of being rejected an interview request for a Canadian filmmaker because a blog “wasn’t the right fit,” I nabbed an Canadian online exclusive with David Mackenzie for an independent film that’s now in the Oscar race. Netting a 1:1 with John Madden, similarly, is an opportunity I never expected and I love the fact that part of covering such a range of films means I can talk to filmmakers like Andrew Cividino, Igor Drljaca, John Bolton, Jay Cheel, Penny Lane, and Mathieu Denis & Simon Lavoie and spotlight their work alongside Hollywood’s finest. Thanks to everyone who helped this little blog take some great leaps in 2016.

2016 wasn’t the best year for movies, but there were a handful of little films that make it great. Studios churned out one dud after another with only a handful of mainstream films (Arrival, Florence Foster Jenkins, Finding Dory) giving something to praise. Nevertheless, this hole meant more room for indies and docs, which really brought their game this year. Here’s a toast back to the best films of 2016. 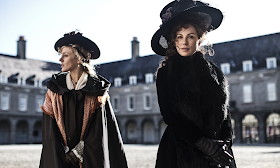 Sundance kid Whit Stillman has an affair with Jane Austen and performs ostentatious magic beneath the sheets. Adaptation can sometimes be a cruel mistress for any filmmaker whose career and reputation lives on his/her singular voice, but Stillman minds a perfect mate in Jane Austen’s unfinished novella Lady Susan. By simply tweaking the tone and playing it straight, Stillman and actresses Kate Beckinsale and Chloe Sevigny deliver a sardonically funny comedy of manners that is both true to the spirit of Austen and thoroughly contemporary. By taking the road of the less conventionally filmed Austen, Stillman gives the best and most original take on the author since Patricia Rozema’s Mansfield Park. 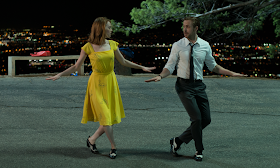 What a joy it is to walk through the busy, noisy streets of the city after seeing La La Land! Whiplash director Damien Chazelle gives the musical genre its jazziest number yet with this jubilant film that draws its life from the dream factory of Hollywood. Using the hustle bustle of city streets and nightlife as the syncopation for its infectiously uplifting numbers, La La Land is a love letter to creative types who thrive on the magic of escapism. There is so much creative energy in Chazelle’s direction and in the spirited performances and magical chemistry of Ryan Gosling and Emma Stone. La La Land sweeps audiences off their feet with nostalgia for Hollywood classics and old musicals while tinkering with the ivories to deliver something fresh, innovative, and new. I was head over heels in love with this film from its opening number. Forget two thumbs up; La La Land deserves the biggest, loudest pair of jazz hands one can give it. 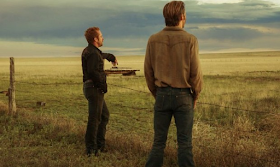 This lean, mean crime drama revitalises the western with true grit. Hell or High Water rewrites the classic genre for the disenchantment of contemporary America as screenwriter Taylor Sheridan blows apart the myth of the American Dream that was born in the rolling hills of the west. Headlined by a rugged Chris Pine in a career-best performance alongside a volatile Ben Foster, a grizzled Jeff Bridges, and a wise Gil Birmingham, Hell or High Water dissolves notions of good, evil, right, and wrong with its cat and mouse game between outlaws and lawmen. Tautly directed by Brit David Mackenzie, this violent and visceral film looks at America anew as it settles into a era of inequitable lawlessness.

Hell or High Water is now available on home video. 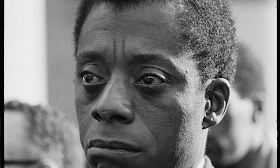 No conversation has shaped, charged, and rocked the film scene over the past two years quite as provocatively as race has. There have been few intelligent arguments to break through the Twitter outrage and fixation on awards ratios, but Raoul Peck’s exceptional documentary I Am Not Your Negro gives the film industry its most articulate, thoughtful, and passionate essay on race in America. The film uses the writings of James Baldwin, played in voiceover by Samuel L. Jackson in what might be one of the finest performances of his career and uses interview excerpts and archival snippets to situate Baldwin’s work within a deeply rooted history of systemic inequality and latent racism that continues today. I Am Not Your Negro is essential viewing for how clearly, urgently, and instinctively it calls upon American to rouse itself from its complacency. This doc is more important than ever with Donald Trump set to take the White House next month.

I Am Not Your Negro screened at 2016 festivals and opens in February 2017. 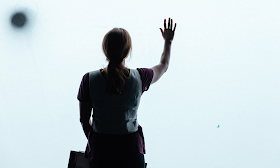 Quebecois director Denis Villeneuve can say that he’s achieved a rare feat. After building a reputation for himself in Canada for bold, searing, arthouse masterpieces with Maelstrom, Polytechnique, and his Oscar-nominated international breakout Incendies, he made the jump to Hollywood, yet retained his authenticity. This brainy science fiction film has echoes of Villeneuve’s Canadian work like his short Next Floor and his hypnotic Enemy as Arrival expands our minds and conjures speculative imagery to engage with our perception of reality. While Arrival displays Villeneuve’s technical mastery of the art form, it shows that he remains intrigued by aspects of human frailty as he finds leading star Amy Adams at her best. Adams anchors the film with a performance that probes her character’s courage and deepest insecurities as she tries to bridge a common language between Earth and the unknown. Villeneuve’s artistic voice is most apparent in Arrival and the fresh vision of this brainy sci-fi film helps it cut through the glut of mundane movies at the box office. 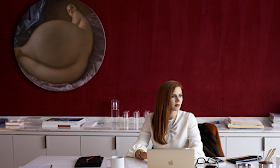 From the moment Tom Ford begins Nocturnal Animals with a provocative credits sequence that features a chorus of nude obese women shaking their cellulite with pom-poms, the fashion-designer/filmmaker challenges the audience to wrestle with a wash of conflicting emotions. Nocturnal Animals is a film of contrasts and competing drives as Amy Adams and Jake Gyllenhaal play ex-lovers existing in the worlds of reality and literature as art imitates life and one form exposes the ugliness of the other. Ford adapts the novel Tony and Susan and elevates the source material refashioning Susan’s real-world narrative from comfortable and wholesome domesticity to chic bougie living. As every frame of the film is as gorgeous as a photospread, Ford exposes the emptiness of Susan’s life in the rudest of awakenings. As Susan finds herself captivated in Edward’s highbrow pulp fiction, Nocturnal Animals seduces with its dark, sexy, and dangerous fragrances that appeal to the senses despite the menace in the air.

Nocturnal Animals is now in theatres. 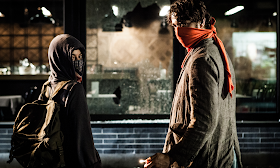 4. Those Who Make Revolution Halfway Only Dig Their Own Graves

Those Who Make Revolution Halfway Only Dig Their Own Graves is radical filmmaking. The scope of this film by Mathieu Denis and Simon Lavoie is unique in Canadian cinema. This film breaks all the rules. Those Who Make Revolution, an ingenious shape-shifting drama punctuated by elements of documentary, literature, and contemporary theatre, offers a voice for a generation of Canadians who don’t see their needs, dreams, and reality reflected—or even acknowledged—by the rest of the nation. There is so much angst and hunger as the quartet of student protestors, Giutizia (Charlotte Aubin), Tumulto (Laurent Bélanger), Ordine (Emmanuelle Lussier-Martinez), and Klas (Gabrielle Tremblay), resort to radicalism in the aftermath of the stillborn Maple Spring movement. The radicals fight against the establishment and articulate their rage in intense monologues while found footage and archival images put drama in dialogue with documentary to ask how one makes sense of the world when justice is a luxury. The film’s rebellious spirit offers a rallying cry for a new cultural awakening.

Those Who Make Revolution… screened at 2016 festivals, screens at Canada’s Top Ten in January, and opens theatrically in February. 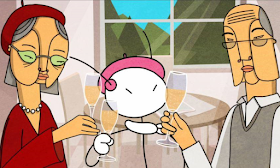 Thank you for showing this fellow Nepeanite that it was possible to escape the Blahttawa ’burbs. Even better, thank you for staying true to your Canadian film roots and for embracing the eccentric with Window Horses. As Rosie, an awkward stick-kid with a knack for poetry and delusions à la parisienne, you create a wonderfully rich, offbeat, and endearing character for kids with hopes, creative airs, and dreams of escape. The animated La La Land of Window Horses must be a wonderful escape and I love how Rosie’s story lets viewers experience a diverse range of experiences in a kaleidoscope of visual poetry.  The world of Ann Marie Fleming is a strange one, but it’s also a great one, eh?

Window Horses screened at festivals in 2016 and is doing the festival thing in 2017, including Canada’s Top Ten en Janvier. 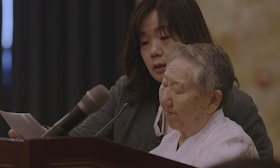 One benefit to my shift in coverage at POV is that I catch most docs in release. Seeing such a wide sampling of one corner of film allows the authentic voices to stand out. I admittedly knew nothing about The Apology heading into Hot Docs and mostly caught it out of a commitment to Canadian films and the NFB, as well as part of an effort to cover more films by female directors, but it moved me in ways that few films do. The Apology takes a story that’s been around for years but given relatively little coverage in Canada, if any—I’d never heard of “comfort women,” and their plight for an apology from the Japanese government—and gives them a forum to put their histories on record before it’s too late. The respect and sensitivity with which Hsiung approaches her subjects draws an intimate sense of catharsis as the three central “grandmothers of the film—Grandma Gil, Grandma Adela, and Grandma Cao—let a weight off their souls in search of peace. Director Tiffany Hsiung knocked me over with The Apology unlike any debut director has in the few years I’ve been covering films consistently. 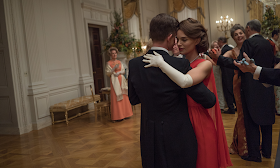 Natalie Portman gives the performance of the year in the best film of the year. Jackie is a titan that stands tall. This audacious psychological drama goes against biopic formula and gets inside the head of its subject by experimenting with elements of time, representation, memory, and performance as Jackie Kennedy recalls the aftershock of her husband’s assassination. Portman’s exquisitely calculated performance creates a figure who resembles the iconic First Lady, but Jackie never forgets that this is ultimately a dramatic interpretation of the woman and that such a fictitious rendering of Mrs. Kennedy might ultimately be the only way to understand her given that her life was such a performance itself.  Jackie stands as the best film of 2016 for its hypnotic and daringly unconventional portrait of an American icon. The film plays with the methods with which we remember our heroes as it knocks the Kennedys off their pedestals and examines them for what they are: real people who became stories of American lore. Like King Arthur and Guinevere, JFK and Jackie Kennedy are romantic figures of an idealised world. As Portman’s breathy performance as the late Mrs. Kennedy reminisces that there will never be another Camelot, Jackie eerily kisses goodbye to the fleeting moments in which America almost knew greatness.

What are your favourite films of 2016?