More notes from the screener pile as we move through films! (A good batch!) 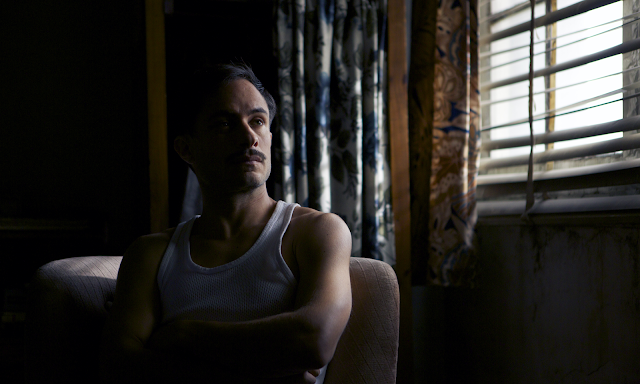 Pablo Larraín is having one heck of a year. The Chilean director opens his third feature film of 2016 after The Club and the outstanding Jackie with the artfully impressive Neruda. This film, which is Chile’s hotly tipped contender in the Best Foreign Language Film race, is an unconventional biopic about the famed/notorious Latin American poet. As with Jackie, Neruda doesn’t take a by-the-numbers approach to its iconic subject. Instead, it explores into the essence of Neruda’s persona and his complexities. It’s only fitting to create a work of poetry in order to depict a poet.


The daring stroke of Neruda is that the film devises two complementary storylines to give an impression of Neruda’s politics and artistic sensibilities. One thread is more conventional as it focuses on the poet, played by Luis Gnecco, as he goes into hiding when the tide turns against Communism. This warts and all portrait of the man shows his creative genius and personal demons as he becomes a martyr for the people while betraying his wife and the spirit of his own work. Neruda’s literary panache shines, however, as he evades investigator Óscar Peluchonneau, played by a scene-stealing Gael García Bernal, who is a fictional concoction that the film uses to show the poet’s plight while on the lam. Peluchonneau relishes the hunt and loves playing the cat to Neruda’s mouse. The chase lets him be his own dramatic hero for the people and Peluchonneau becomes a wily alter-ego for the poet.

García Bernal is excellent as the suave and cunning lawman and Neruda ultimately burrows deeper into the poet the further it unravels Peluchonneau’s psyche. At the heart of this shrewd officer are the seeds of literary greatness in full bloom. Neruda wanders in the shadows to show the genius that emerges and endures.

Neruda opens in Toronto on Dec. 16 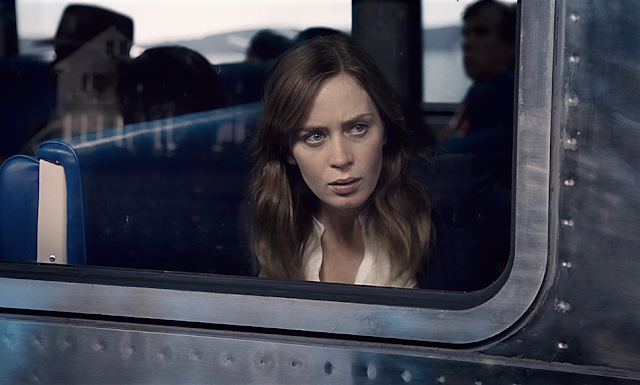 Sure, Emily Blunt is an unexpected nominee crashing the Screen Actors Guild awards like she’s Simon Helberg at the Golden Globes, but don’t let the uproar sway you. Blunt is really and truly great in this performance. Playing the difficult and often unlikable Rachel in The Girl on the Train, Blunt’s characterisation of the mysterious passenger and volatile alcoholic is one of the best interpretations of addiction ever put to screen. She inhabits the character’s all-consuming self-loathing and self-destructiveness that put her on a cycle of dangerous behaviour. With her mood swings and slurry speech, Blunt’s Rachel isn’t a pleasant character with which to spend the night, but she’s utterly fascinating and realistic as a character study in the hellish ways that alcoholism can destroy a person and everyone around her.

It’s a shame, then, that The Girl on the Train chugs without many toots. Blunt and director Tate Taylor (The Help) seem to be operating on two completely different brainwaves. There’s a masterful performance inside a train wreck as the middling missing person’s case that drives the film never makes much sense, nor does it ever give much of a thrill. Taylor makes a flick that’s perfectly fine to watch on one’s phone on the subway, but Blunt steps out of the potboiler to create a character who belongs in some social realist play on the BBC. If only the movie Blunt thinks she’s in were the one that’s actually on screen.

The Girl on the Train is now on home video. 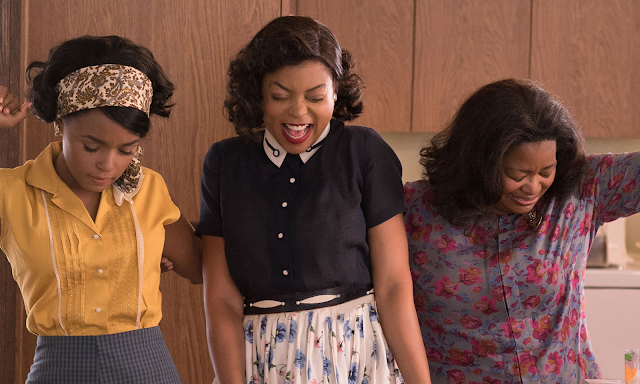 The spirit of The Help endures in the irresistible and uplifting movie Hidden Figures. The “hidden figures” of the film are math whiz Katherine Johnson (Taraji P. Henson), super supervisor Dorothy Jackson (Octavia Spencer), and sassy Mary Jackson (Janelle Monae), three women who should be working in higher roles above ground, but they’re tucked away in the “coloured” section doing hard work for paltry pay. This timely drama from St. Vincent’s director Theodore Melfi wears its “based on a true story” badge on its sleeve as it shares the untold story of the Black women of NASA who helped put a man in space.

Henson gives an extraordinary performance as Katherine, the shiest and quietest of the three women. As she enters the top security program and checks the calculations of NASA’s biggest mission ever, Henson creates a woman who hides within herself and survives through invisibility. The role’s a great departure for her, even from her bashful prostitute Shug in Hustle & Flow, and the extent to which her spunky personality whispers through Katherine’s modesty is remarkable. Spencer is characteristically strong and funny in full-on Minnie Jackson mode, while Monae brings great screen presence to the tale. Hidden Figures rounds out its ensemble with strong performers like Kevin Costner’s dependable supervisor, Mahershala Ali’s charming love interest, and Kirsten Dunst’s uptight cracker.

Hidden Figures is a great story and the delivery needs a little more bite than the digestive cookies Melfi serves. The script is both patronisingly on the nose and wonderfully cheesy as it notes the ills of racism and the power of equality. Lines such as “We all pee the same colour,” which should really be a Golden Globe-nominated theme song by Mary J. Blige, show the audience that the white folks like aren’t nearly as closed-minded as they seem as Costner delivers them with the utmost severity. The three stars elevate the film, though, as the trio of women decide to stand up for themselves and get equal opportunities to advance in their careers. The extent to which the story resonates today, however, gives Hidden Figures an extra spark. It’s not a perfect film, but Hidden Figures is a feel good delight.