2017 isn’t the strongest year for movies at this point, I'm afraid. The crop underwhelming when it comes to studio ventures and Canadian releases outside of last year’s festival films. (I should note that Window Horses, Weirdos, and Those Who Make Revolution Halfway Only Dig Their Own Graves are omitted here because they appeared in 2016’s top tens, while Old Stone and Before the Streets were released in 2016, but only reviewed here in 2017.)

Writing at POV, however, offers a good handle on the documentary front. The magazine lets me see most of the non-fiction releases, and the year actually seems really good on that side of the movie scene with the best film of the year so far, Step, coming up in August. Other gems like Susanne Bartsch: On Top, City of Ghosts, and Rumble: The Indians Who Rocked the World hit festivals and find release later in this year or the next.

Steve James finds the ultimate David and Goliath tale of the 2008 financial crisis in Abacus: Small Enough to Jail. This gripping documentary follows the case of the Sung family and their Abacus bank in New York’s Chinatown, which is the only bank to date to be charged with mortgage fraud following the 2008 financial crisis. The film likens Thomas Sung to a modern day George Bailey as scenes from Frank Capra’s Christmas classic It’s a Wonderful Life appear intercut with the family’s testimony to their innocence and that of an institution that exists to meet the needs of a unique community. The unexpectedly emotional film takes a stand for the little guys.

Salma Hayek has one Oscar nomination to her name for her performance in Julie Taymor’s artfully eclectic Frida. The 2002 biopic of Mexican painter Frida Kahlo might be the passion project of Hayek’s career, but her performance in Beatriz at Dinner feels like the role that she’s been waiting her whole life to play. The star finds a great character in Beatriz, the dowdy natural health therapist with quiet strength and beauty beneath her shy demeanour, wrinkles, and dumpy mom jeans. Here is a performance of subtle humour and downplayed rage as Hayek’s Beatriz serves oodles of truth tea to John Lithgow’s ignorant white guy in a squirm-inducing comedy that is well-timed for Trump-era politics.

Beatriz at Dinner is now in theatres.

Hearing the responses to A Better Man during its run at Hot Docs and at the Hot Docs Ted Rogers (né Bloor) Cinema was medicine for the soul. It’s so inspiring to see a film have such an impact on audiences and spark such positive and constructive conversations. This brave feature debut by Attiya Khan and co-director Lawrence Jackman builds upon Khan’s experience as a counsellor and survivor of domestic violence to have a conversation with her ex-boyfriend, Steve, who abused her twenty years ago. In just a few exchanges, one feels the weight and gravity on both sides of the conversation. The film’s inclusive approach encourages men to take responsibility for their actions through recognition and rehabilitation.

A Better Man is playing the festival circuit and community screenings.

Trine Dyrholm gives the kind of performance that would sweep the accolades of next winter if The Commune were an American production. Dyrholm is shattering as Anna, an idealistic journalist and mother who encourages her family to create a home for communal living in an effort to enliven her fledgling marriage. At some point in this bittersweet drama by Thomas Vinterberg (Far from the Madding Crowd), Anna loses her grasp of everything she holds dear. A latter act on-air breakdown in her TV studio is a tour de force of silent acting as feelings of regret, loneliness, guilt, rejection, and loss puncture the composed mask she wears at home and at work. The Commune is very affecting with this soul caught between idealism and reality.

The Commune is now playing in limited release. 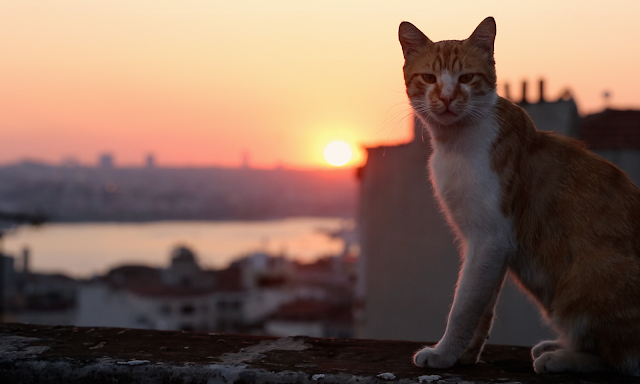 Cat videos rule the Internet as hoomans search for time-wasting clickbait to watch at work, but Turkish catumentary Kedi takes the cat movie to another level as director Ceyda Torun prowls the streets of Istanbul to experience life from the perspectives of the city’s feline inhabitants. Kedi suggests that cats hold a spiritual power and the film conveys this feline serenity through the soothing relationships that Ceyda builds with the furry subjects. One interviewee says, “A cat meowing at your feet, looking up at you, is life smiling at you.” Each time a cat in Kedi gazes up towards the camera, the film offers a heartwarming grin.

Manifesto might be of the love-it-or-leave-it variety, but in my POV it’s the former. Cate Blanchett gives not one but thirteen award calibre performances in Manifesto. This ingenious hybrid documentary finds truth in performance as Blanchett plays a baker’s dozen of characters who interpret various artistic manifestos and say that original art is hard to find these days. The range of Blanchett’s performances is impeccable. Through her shapeshifting ability to inhabit the mindsets of different cultural movements, Manifesto demands immersion and commitment to one’s art. It’s a bold film with some of the most incredible work of Blanchett’s career. 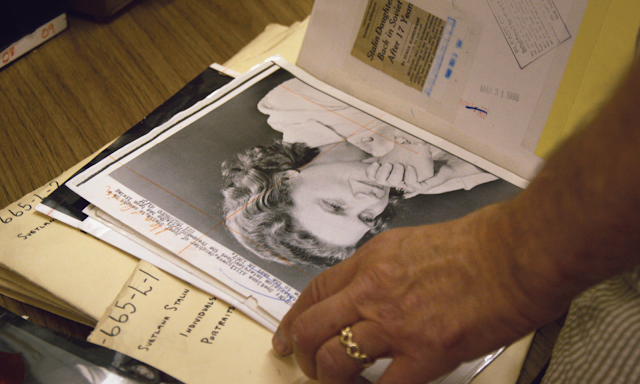 Turn to the death notices of the New York Times and one finds an unexpectedly life-affirming film. Director Vanessa Gould burrows into the idiosyncrasies of the Times’ obituaries department and uncovers the stories of the wordsmiths who rhapsodize the dearly departed. The film is a must-see for its behind-the-scenes look at the writing process as the word wizards take the journey of an obituary from the initial phone call confirm the death to the finishing touches on the article reporting it. Obit tells audiences that one doesn’t have to win an Oscar, be a multi-platinum pop star, or become President of the United States to leave one’s mark on the world. The film finds amazing grace in its ability to show how any person touches the lives of others and leaves an impact.

The twin in me can’t help but admire Olivier Assayas’s ghost story Personal Shopper with a chill and a grin. Kristen Stewart gives one of the best performances of her career as personal shopper and psychic/medium named Maureen in her second collaboration with the great Olivier Assayas after Cloudsof Sils Maria made her the first American actress to take home a César. (France’s Oscar.) Stewart is hypnotic and unsettling as tries to connect with the spirit of Maureen’s recently deceased twin brother Lewis through a dangerous cat-and-mouse game full of text messages with horrifyingly bad punctuation. As Maureen finds herself consumed with these haunting messages, the film brings to life that weird sixth sense that twins share. How we connect with our loved ones between one world and the next is a mystery, but I hope for my twin’s sake that I die first since I can only afford Freedom Mobile—I don’t even get reception in the Lightbox, so reaching the afterlife could prove tricky.

This dark ensemble comedy is black humour at its finest as director Cristi Puiu drops us into the cramped confines of a Bucharest apartment while a family celebrates the passing of its patriarch. In the grandest, most understated way, Sieranevada is the epic Romanian Seinfeld movie we never knew we wanted: it’s about nothing, yet everything, as members of the family gab about nonsense around the dining room table like Jerry, George, Elaine, and Kramer at Monk’s diner. It’s the funniest film of the year in its own rascally way. 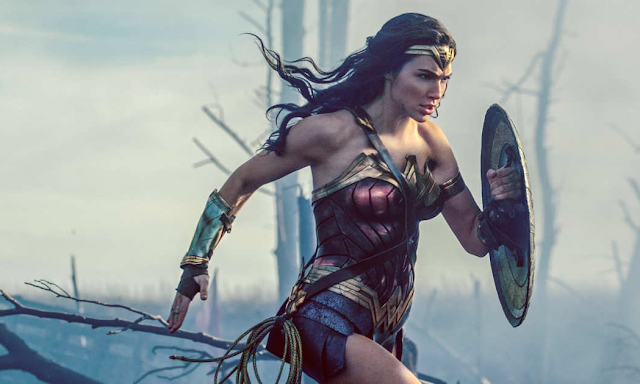 Wonder Women whips the boys back into shape. After a string of flat-out terrible superhero movies like Batman v. Superman and Suicide Squad assaulted Hollywood with obnoxiously loud wastes of time and money, this film by Patty Jenkins gives the blockbuster new life. What a relief it is to see superhero flick that isn’t unrelentingly dark, serious, and self-important. Wonder Woman knows that comic books and superheroes shouldn’t be taken too seriously and it’s all the better for its laid back character.  Wonder Woman is the grandest comic book movie this reviewer has seen in a long time and it’s so refreshing to watch a mainstream piece of entertainment that doesn’t pretend to be anything other than great escapism—with the added bonus of being a landmark film for representing women both behind the camera and in front of it.

Wonder Woman is now in theatres.


What are your favourite films of the year so far?