When it comes to cinéma, the Estonians sure make some freaky shit. The Baltic-Nordic nation’s November is the flat-out weirdest submission in the Oscar race for Best Foreign Language Film this year. This film by Rainer Sarnet is a hypnotic nightmare bathed in austere, yet stunningly beautiful black-and-white cinematography by Mart Taniel and eerie religious folklore. In other words: it's flat-out nuts.

November is a working class fable with a fantastical dash of gothic horror as Sarnet crafts a muddy tale about the peasants living alongside their farm animals while the wealthy landowners sit high in their castle and let the help run amok. Liina (Rea Lest) longs for fellow farmhand Hans (Jörgen Liik), but Hans lusts for the wealthy baroness (Jette Loona Hermanis) who lounges out of sight all day long. The peasants take turns making packs with the devil—a spooky hobo of a creature who could easily be the old Estonian ancestor of the guy behind Winky’s dumpster in Mulholland Dr. They sell their souls for instant gratification and these deals come back to haunt and terrorize them, since the peasants have nothing of value. Enter a milky white goat that does for November what Black Philip did for The Witch and some peculiar helpers called kratt, which are creatures made of wood, metal, and bones possessed by the souls of dead peasants, and November turns the pages of a grotesquely engaging fare. Art house fans are bound to live deliciously with this demanding but rewarding horror show that's like Michael Haneke meets David Lynch, while cinephiles eager for the strange and unusual should lick their lips in zany thanksgiving. 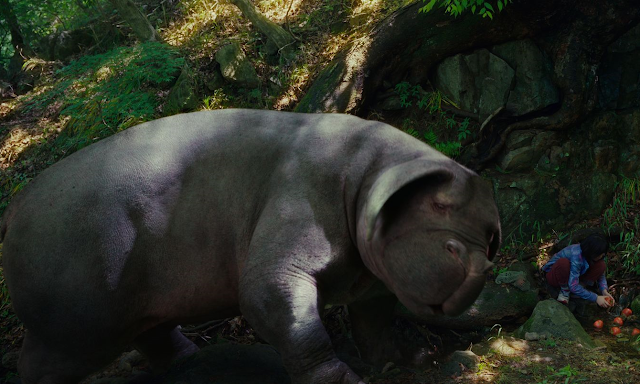 They say you can’t put lipstick on a pig, but Bong Joon-ho tries his darnedest with Okja. This crazy mess of a movie lumbers with a sci-fi tale of animal rights and environmental awareness as a little girl tries to save her beloved genetically engineered super-pig from becoming super-bacon. Joon-ho’s direction is all over the map here as Okja struggles to reconcile a whack of plots, characters, genres, and tones. It’s an odd Frankenstein’s monster of a movie where one can never really be sure if the humour is intentional, largely due to an inconsistent cast that ranges from an enjoyably scene-chewing Tilda Swinton to an unwatchably over-the-top Jake Gyllenhaal. (It’s the worst performance of his career.) Okja, however, is a beautiful and impressive CGI creation. The story aims to awe us with its titular beast, so at least Okja delivers when it comes to the pig.

Okja is available on Netflix 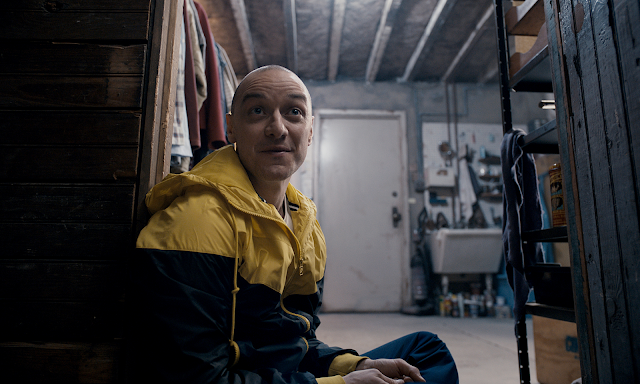 Split is M. Night Shyamalan’s best film in fifteen years, but in no way is that statement a compliment. Split confirms (again) that The Sixth Sense was a fluke and that Shyamalan is one of the worst directors working today. The film features James McAvoy playing a man with multiple personality disorder who has 23 characters competing inside his head. All 23 of these performances, surprisingly, are terrible as McAvoy keeps falling into a trap of defining the characters by one-note quirks. The gimmick makes for a scant two-dozen stock characters with McAvoy hamming it up for the back row. There’s nothing natural to the shifts in character in this self-aware performance, but far more damaging is Split’s outdated conflation of mental illness with deviance as McAvoy’s character(s) put young women in peril to feed the beast. Everything about this film’s depiction of mental illness is just wrong.

Give McAvoy nine of the Razzie nominations and the tenth can go to Jake Gyllenhaal. What a contender.