The Finest Actor in the World? 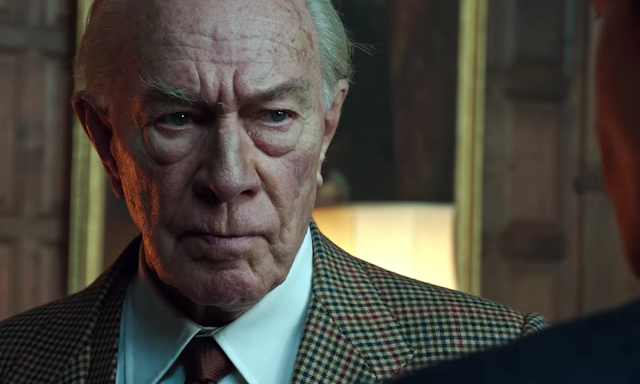 I’ve often said that Christopher Plummer is Canada’s greatest actor. However, he might lay claim to being the finest actor in the world given his most recent performance. Plummer proves himself a consummate professional with his eleventh hour tour-de-force as billionaire tycoon J. Paul Getty in Ridley Scott’s All the Money in the World. Plummer, who was the original choice for the role, replaced Kevin Spacey in a much-publicized switcheroo to supplant the disgraced actor when serious allegations of sexual misconduct towards minors made it impossible to release the film with Spacey as the villain—in a performance that many insiders speculated was a strong Oscar contender. The speculation hints at both the lunacy and validity of early award season soothsaying because All the Money in the World should land a Best Supporting Actor nomination, and maybe a win if it’s not too late. Plummer gives one of his best performances while proving himself one of Hollywood’s true class acts.

It seemed like an impossible task when Sony announced that Scott was to reshoot Spacey’s scenes with Plummer and the cast in Rome instead of a just a few carefully placed and skillfully edited green screen scenes. Now add the fact that this happened between an announcement on November 9th and a release date on December 25th with time allotted for post-production, distribution, and everything else in between. Scott, Plummer, and company have pulled off a feat that deserves to go down in the history jobs as one of the ultimate cinematic salvage jobs of all time.

The biggest surprise might not be how well they pull it off, but how much of the film is hot off the press. The role is much larger than one expects it to be for a reported eight-day reshoot with an 88-year-old actor and an 80-year-old director, and the result is most impressive given the assumed pace of the production. There is one shot, about partway through the film, in which Plummer looks weak, run-down, breathless and ragged, but he still acts at 100%. It’s unfair to say if the fatigue is his or Getty’s. The release of the film is a testament to Plummer’s performance, Scott’s direction, the film editing by Claire Simpson, and the work by Plummer’s co-stars (particularly Michelle Williams).

The film is a brisk thriller that takes enjoyable liberties with the true crime saga of the kidnapping of Getty’s grandson, John Paul Getty III, played by Charlie Plummer (no relation to Christopher), who gets scooped up by some Italian goons and held for ransom. The kidnappers, led by a man who goes by the alias Cinquanta (Romain Duris) demands $17 million from Paul’s flabbergasted mother, Gail (Williams), who insists she doesn’t have the money. Gail is broke, but her father-in-law won’t pony up the dough, which is mere pocket change by his standards, despite insisting on his love for Paul. Getty’s fondness for his grandson seems genuine in the heartfelt twinkle that Plummer brings to the old man’s eye, which makes the negotiations for the boy’s life all the more affecting.

Plummer’s performance inevitably makes All the Money in the World a different experience than Scott intended it to be simply because the extraordinary seamlessness of the rapid-fire reshoot frames one’s approach to the film. But his performance as J. Paul Getty—a billionaire whose love for money is outmatched only by C. Montgomery Burns—often surprises for transcending the predictably cartoonish villainy it might have been in the hands of a less capable actor. His actions are cold, but there are flickers of warmth to his character. He’s often quite likable—jolly, even—as the embodiment of corporate greed.

He’s a man completely detached from the consequences of his actions, so high up the ladder that he never sees anything beyond the figures of profits and losses, noted in his frequent analysis of the stock ticker. The film finds great dramatic heft in seeing Getty sag when he realizes that he is about to lose the one thing money can’t buy: family. It’s a moment that recalls Charles Foster Kane’s death in Citizen Kane as Plummer feverishly waddles around Getty’s cavernous manor in search of comfort. The invaluable painting of a child Getty clutches not once but twice in the film is a deliciously ironic symbol.

On the other hand, All the Money in the World features Getty’s true opposite in Gail, a woman who has no money and cannot assign a dollar value to the price of her love for her children. Gail holds her own in the negotiations with Getty and his hired dealmaker, Fletcher Chase (Mark Wahlberg), and keeps the audience in suspense as she waits by the phone hoping for proof of life. Williams gives an excellent performance of poise and resilience as the stranger in the immaculate halls of Getty’s wealth, and her heroic portrait is one that audiences will find refreshing as she challenges the tycoon’s bitter values. All the Money in the World is an ironic parable in its refusal to let the world be defined by monstrous men.