'The Insult' Navigates a Minefield

The Insult (L’insulte)
(Lebanon/France, 112 min.)
Written and directed by Ziad Doueiri
Starring: Abdel Karam, Kamel El Basha, Camille Salamé, Christine Choueiri
The Insult is a nominee for Best Foreign Language Film this year and come March 4th it could be the winner. Lebanon’s contender The Insult is a thrilling, gripping, and thought-provoking essay on collective trauma and letting go. The film is both a riveting courtroom drama and a powerful moral fable as writer/director Ziad Doueiri constructs a taut grudge match packed tight like a bomb. There are shards of hate and prejudice wedged deeply within the explosive that threatens to go off at any moment, and this volatile thriller dexterously defuses the bomb. Breathe a sigh of relief and let old wounds heal. 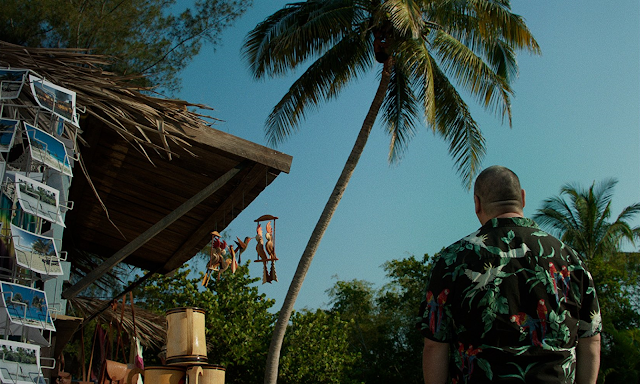 The Good, the Bad, and the 'Jane' Snub: Thoughts on the Oscar Nominations

There was a little something for everyone as Oscar voters shared the wealth today. Guillermo del Toro’s The Shape of Water led the nominations with 13 citations including Best Picture. The top category had nine spots this year and once again fell short of filling out the potential tenth Best Picture berths. If it didn’t happen this year, it’s probably never going to be a full house. The other films that landed with The Shape of Water in the Best Picture race were Dunkirk (woohoo!), Three Billboards outside Ebbing, Missouri, Darkest Hour, Call Me By Your Name, Lady Bird, Get Out, Phantom Thread, and the film that had me on edge throughout the nominations, The Post.

Oscar Predictions: Round 3 - Five Categories with Women to Watch

What a year, what a year. A lot had happened since we last checked in on the Oscars. And I mean, a lot.

The Canadian Screen Award nominations are out! Ava, Never Steady Never Still and Hochelaga, Land of Souls lead the field with 8 nominations each. However, in a rare snub, Canada's Oscar big Hochelaga was shut out of all major categories and only received technical noms. Oscar contender The Breadwinner did much better landing a Best Film nomination, as did the Sally Hawkins vehicle Maudie

Ava
(Iran/Canada/Qatar, 103 min.)
Written and directed by Sadaf Foroughi
Starring: Manhour Jabbari, Bahar Nouhian, Leili Rashidi, Vahid Aghapour
Sarah Foroughi is undoubtedly a talent to watch. The deep and insightful screenplay for her first feature Ava gives a strong voice and agency to its young protagonist struggling against patriarchal society in Tehran. Ava is a bold a necessary film that gives hope for young girls and women as our parents’ generation becomes more progressive and learns to offer daughters the same opportunities and respect afforded to sons.

See the North in Short Glances at Canada's Top Ten

The shorts on display at this year’s Canada’s Top Ten festival are, overall, a respectable bunch. Like the feature selections, the shorts selected by the TIFF team are carefully calibrated to ensure a wide range of representation and to move the spotlight outside the Toronto bubble. And, like the features, there are many stronger titles that didn’t make the list, like Caroline Monnet’s hypnotic Creatura Dada, Molly Parker’s haunting Bird, Andrew Moir’s effective Babe, I Hate to Go, Sol Friedman’s hilarious An Imagined Conversation: Kanye West & Stephen Hawking, Chintis Lundgren’s funny Manivald, Michelle Latimer’s potent Nuuca, and Philippe David Gagné and Jean-Marc E. Roy’s Cannes debut Crème de menthe to name a few. There are nevertheless three genuinely great films in the mix, plus others that show much promise and/or bring voices from traditionally underrepresented communities to the conversation. Might as well #SeeTheNorth even at a short glance.

The Bumps Make the Ride

The Commuter
(USA, 104 min.)
Dir. Jaume Collet-Saura, Writ. Byron Willinger, Philip de Blasi, Ryan Engle
Starring: Liam Neeson, Vera Farmiga, Patrick Wilson, Sam Neill, Jonathan Banks, Elizabeth McGovern
Toot! Toot! The Commuter offers oodles of metaphors for Liam Neeson’s career with its story of a man miscast in the hero role and a train that flies off the rails in its final act. The film is the latest entry in old man Neeson’s most lamentable decline into geriatric action flicks, which has created a sort of parodic sub-genre for aging stars in the decade following the original Taken. The element of novelty is still there even if this self-serious crazy train is one that Neeson’s ridden before. The Commuter is the first class car of the Neeson train, but hardly the caboose.

Ashley McKenzie’s Werewolf was this year’s winner of the Best Canadian Feature prize from the Toronto Film Critics Association. Werewolf, McKenzie’s debut feature, offers the raw verité-style story of two meth addicts struggling to go clean in their sparse Cape Breton community. The film scooped a cash prize of $100,000 to go along with the honours.

Vancouver! Pick up a copy of YVR's indie arts mag BeatRoute on your way to the movies this week for reviews of Molly's Game and Hostiles! (Or have a read below!)

Donald Tr*mp tweeted that he plans to announce "THE MOST DISHONEST & CORRUPT MEDIA AWARDS OF THE YEAR" [his caps] on Monday, but I don’t think he got the memo that the Golden Globes are actually Sunday night. Yes, it’s been a year since Meryl Streep famously slammed the First Idiot at Hollywood’s second biggest award show and there could be round two of Meryl vs. Trump. It’s really fun, and odd, to see a voting body as openly corrupt as the Hollywood Foreign Press Association become a beacon for free speech and sanity, but in an award season where anything goes and presumably anybody could win, Sunday’s Golden Globes are a must see.

Labels: call me by your name, dunkirk, Get Out, Golden Globes, i tonya, Lady Bird, the post, The Shape of Water, three billboards
Newer Posts Older Posts Home
Subscribe to: Posts (Atom)