Interview: Chatting 'American Animals' with Bart Layton for the TFCA 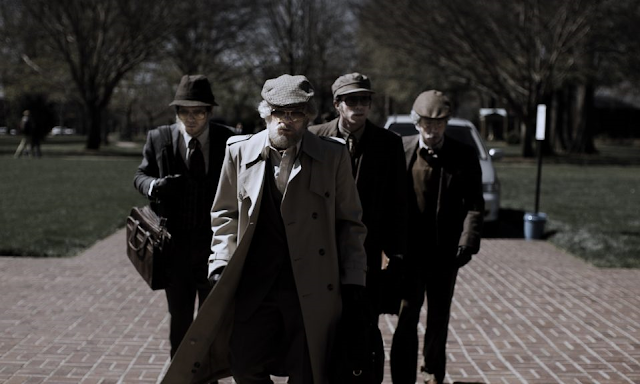 Catch one of the best films of the year so far when American Animals hits theatres starting this week. It's a lively heist hybrid movie, a fascinating slice of true crime from director Bart Layton, whose The Imposter has to be one of the wildest films I've seen at Hot Docs. I had the pleasure of interviewing  Layton for the Toronto Film Critics Association and we chatted about hybrids, heist films, and going beyond the sentimental cheap shot of "true" stories.

"We had an expression when we were shooting: 'In their minds, it’s Ocean’s Eleven. And in reality, it’s Dog Day Afternoon,'" says Layton on studying heist flicks, much like the four students whose story about robbing their school library inspired the film. "I watched a lot of the heist movies that we’re all familiar with... It’s a mixture of fantasy, the slick gentlemen criminals, which they are kind of acting out. They are lost in a fantasy of their own creation. When it comes time to cross this line, you see the wheels come off and we’re thrust into something that feels much more like documentary realism." Read the full interview here.