'Ordinary Days' and the Rule of Three 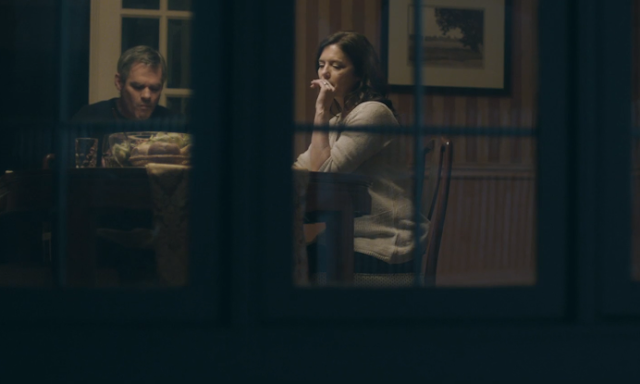 The Rashômon school of filmmaking gets a new angle in Ordinary Days. This intriguing and suspenseful film plays with perspectives and narratives as three points of view come together in a fractured narrative that sees one story through the eyes of three characters. There is an extra layer to the level of interpretation since a unique director realizes each character’s story. The entirety of the script comes from the mind of a single screenwriter, Ramona Barckert, so the film poses an intriguing exercise in authorship as the directors, like the bandit, the bride, and the woodcutter, interpret a single event differently. What results is a puzzle whose pieces are assorted shades and styles, yet mostly fit together.


Like Rashômon, the stories in Ordinary Days aren’t intercut as cinematic babel. Instead, each thread is its own chapter, or complementary short film, that deftly lets the pieces fall into place as images and incidents from one story have echoes in the next. (I should point out that the comparison with Rashômon ends at framework of seeing an event from different perspectives, and Ordinary Days might have been even better had its stories not aligned so cleanly.) The film sees the disappearance of a young woman named Cara (Jacqueline Byers) from the eyes of her mother Marie (Torri Higginson), the detective investigating the case (Michael Xavier), and, finally, from the girl herself. The film smartly begins with a narrative frame as the young woman, whose identity doesn’t become clear until later, meets a random man and has a bump with her car while driving away from the school campus. Cut to black and then to one story and another, and Ordinary Days keeps audiences guessing as they navigate the mystery.

Marie’s chapter, directed by Jordan Canning (We Were Wolves), sets up the mystery as the mother grows concerned about her absent daughter. When Cara fails to show up for dinner, Marie worries while her husband Rich (Richard Clarkin, who won the Canadian Screen Award earlier this year for his fantastic work in The Drawer Boy), doesn’t fret much about a 19-year-old being away from home. As the phone calls escalate and the parents widen their search over a few anxious days, it becomes clear that something’s happened to Cara.

Higginson’s compelling performance captivates in this opening act and Marie hooks audiences into the enigma of Cara’s disappearance thanks to the urgency of the mother’s love for her daughter. Tightly framed and edited with an unnerving, restless tempo, Marie’s chapter has moments of anxiety-inducing hell. When the mother exits the film, we’re left carrying her burden as Detective Brightbill dives into the case.

Kris Booth (At Home By Myself...With You) directs Brightbill’s chapter with an approach that is more stylistically straightforward than Canning’s, but the second act offers another character-driven arc as Xavier creates an equally compelling person with flaws and demons. This segment introduces Brightbill’s ex (Kimberlee Laferriere) and Cara’s ex (Mena Massoud), who intersect with Cara’s last day and draw out Brightbill’s own quest for redemption. (Side note: Massoud plays Aladdin in the upcoming Disney remake and should bring a lot of attitude to role based on his brief appearance in Ordinary Days.) However, Brightbill’s chapter introduces another character, a loner in the countryside played by Joris Jarsky, who has one cliché too many from the canon of Ashley Judd cop flicks and teen horror movies. Once Brightbill pursues this lead, Ordinary Days somewhat stumbles as it tries to balance its straightforward procedural elements with the conceptual character-driven device that makes the film click. But even when the police drama is hokey, it’s tense and gripping.

However, the third and final act doesn’t entirely deliver on the potential of the first two chapters. The finale, directed by Renuka Jeyapalan (Kim's Convenience), puts the audience intimately close with Cara as she is trapped in claustrophobic quarters. The chapter is 127 Hours with different circumstances, but it struggles to inject Cara’s fight to escape her tight confines with a similar spark. Byers carries herself well with a performance of impressive physical and emotional stamina, but the flaw of Cara’s story is ultimately one of pace and purpose. While the first two acts of Ordinary Days are an engaging enigma, Cara’s chapter plays like filler with each action teasing out the running time. It’s like watching a wild car chase that hits the breaks, especially since Canning’s section gets the film off to roaring start. As with any anthology-style film, one chapter is going to be the best and one is inevitably going to be the weakest. Call it the "rule of three."

Ordinary Days is two-thirds of a great movie, but it’s easily one-hundred percent worthwhile as an ambitious, smartly acted exercise in independent auteur filmmaking. The three directors establish unique voices yet find an aesthetic cohesion thanks to the symmetry of the actors and the consistency of steely lensing by Michael McLaughlin (Unarmed Verses). It’s an imperfect film, but it’s anything but ordinary as it lets audiences experience emotions, fears, and hopes from multiple players united by a single traumatic event.

Ordinary Days opens in Toronto on May 10 at Canada Square.